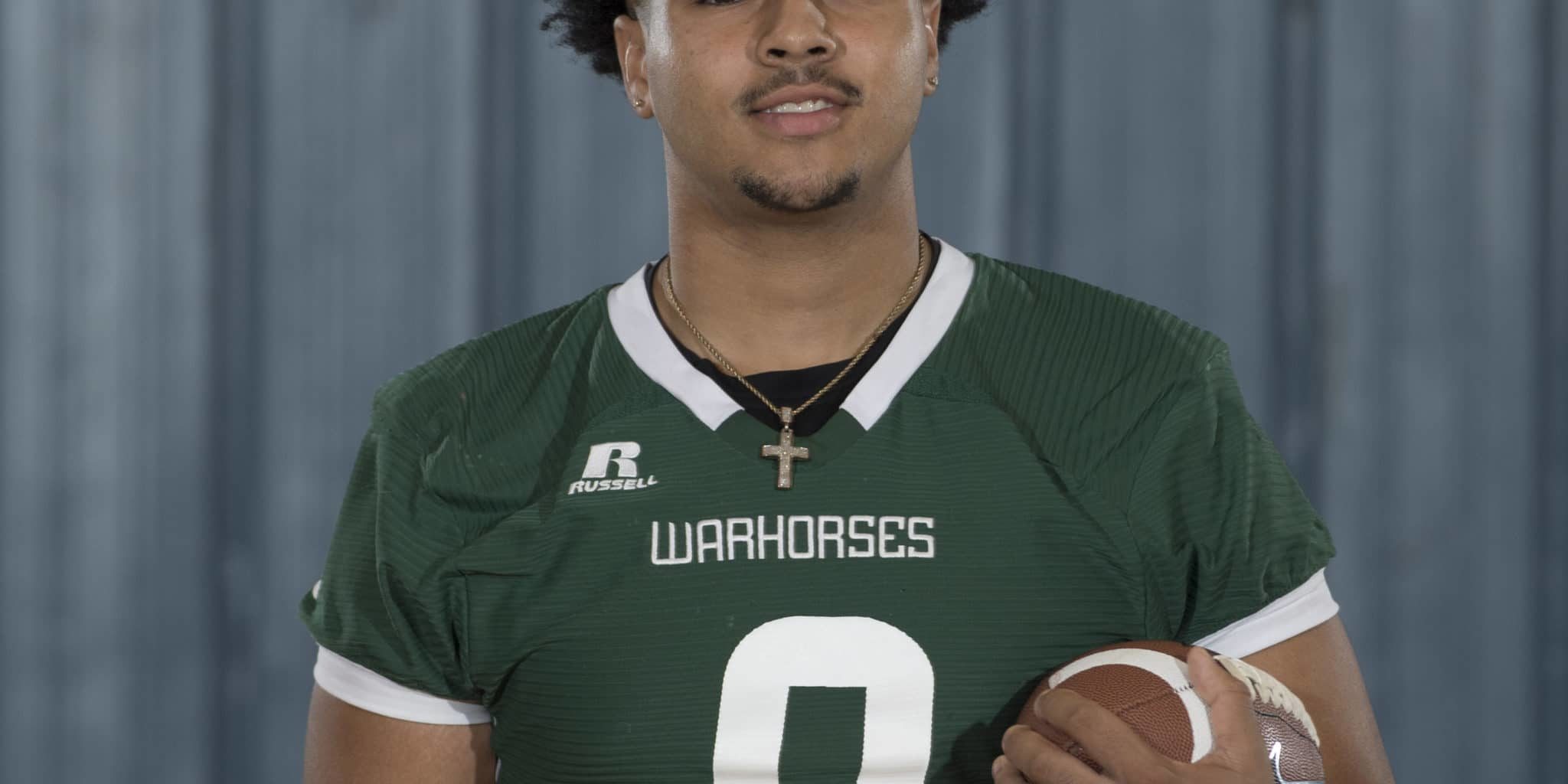 There are a lot of players that have played a position most or all of their high school careers, but for whatever reason whether it is their size, frame, or their ceiling, those players move to another position. A player, in this year’s class, that has the size and frame to play at another position is Wayne Compton from Peabody High School. Compton has had a very productive high school football career playing for the Peabody Warhorses as a defensive lineman, but for a very athletic defensive player that is 6-0, 240 and runs really good for his size, it might be another position that the Peabody senior might play at the next level according to Louisiana Football Magazine’s recruit expert Lee Brecheen.

“Wayne Compton is a defensive lineman for his team,” Brecheen said. “However, he has great speed and has the frame to play linebacker at the next level. Many people are sleeping on him when it comes to recruiting.”

Compton has played wherever he has been needed for the Warhorses including at both the defensive line and offensive line positions so he is used to play at different positions. Compton is also a team player that will do whatever it takes for the betterment and the success of the team.

“I have the linebacker frame,” Compton said. “I wouldn’t mind playing at linebacker at all. Wherever the coaches want me at, that’s where I’ll play.”

“I like to play defensive end because I am a play maker there,” Compton said. “I truly fell in love with that position ever since seeing Aaron Donald (Pittsburgh/Los Angeles Rams) play.”

Heading into the season, the Peabody Warhorses were trying to build off a very successful 2016 campaign when the team had one of their best seasons ever when the team won eight games and even won a playoff game against a powerhouse football program in St. James in the first round of the Class 3A playoffs before bouncing out in the second round of the playoffs against #2 seed Iowa. Even though it was a great season, which resulted in a huge playoff victory, the St. James game proved to be bitter sweet for Compton.

“The game I remember the most is definitely the first round playoff game not just because we won, but it was also because I played that game the same day my brother died,” Compton said.

As hard as it was for Compton to play in that game, it definitely was satisfying to win that game for his brother. Based off a fantastic season in 2016, there was a lot to be excited for the 2017 season. However, the season did not go where the Peabody team and its fans expected. The Warhorses went from an 8-4 season the year before making the playoffs and winning a playoff game to only winning two games and not making the playoffs in 2017. It sure was a tough season for the senior, but there was a lot of youth to replace such a veteran team the year before.

“We were young all around,” Compton said. “They had big shoes to fill and did the best that they could.”

There were not a lot of bright spots for the Warhorses, but Compton’s play sure was one of those bright spots. He finished the season with 62 tackles, which was second on the team, and four quarterback hurries. His play was also recognized by the rest of the Cenla area making first team All-Cenla. Even though it was his best individual season, it was also one of the team’s worst years. Still, the senior defensive lineman is excited for the future and what these young players can do next season.

“There are still some big shoes to fill and a lot of work to be put in to prove everybody wrong,” Compton said. “Keep working! Y’all up next!”

Over the course of Compton’s career, he has been a disruptive force on the defensive side of the football because of the way he uses his hands and his aggressiveness. He finished at Peabody with 149 total tackles, six tackles for loss, two sacks, four quarterback hurries, eight forced fumbles, and a fumble recovery. When Compton reflected on his high school football career, he realized how big of a role football has played in his life even though he also participated in other sports like power lifting and track while maintaining a 3.3 GPA in the classroom.

“Football takes me away from the world outside of it,” Compton said. “It’s my life. It is what I love to do.”

Besides football, there is a lot to thank for helping the Peabody senior be in the position that he is in today.

“I want to thank God, my father, my mother, and training coach,” he said.

So far, Compton has not received a college offer, but he has been contacted by many schools for a consideration to play football at the next level. He wants to make it clear to all the college coaches that he takes the game seriously just as much or even more than the next guy.

“You will get a player that is truly dedicated to the game and plays it with his heart,” Compton said.

For a player that is unselfish, athletic, and dedicated to the game of football, those are great qualities that could send Wayne Compton to the next level and who knows, maybe even further.