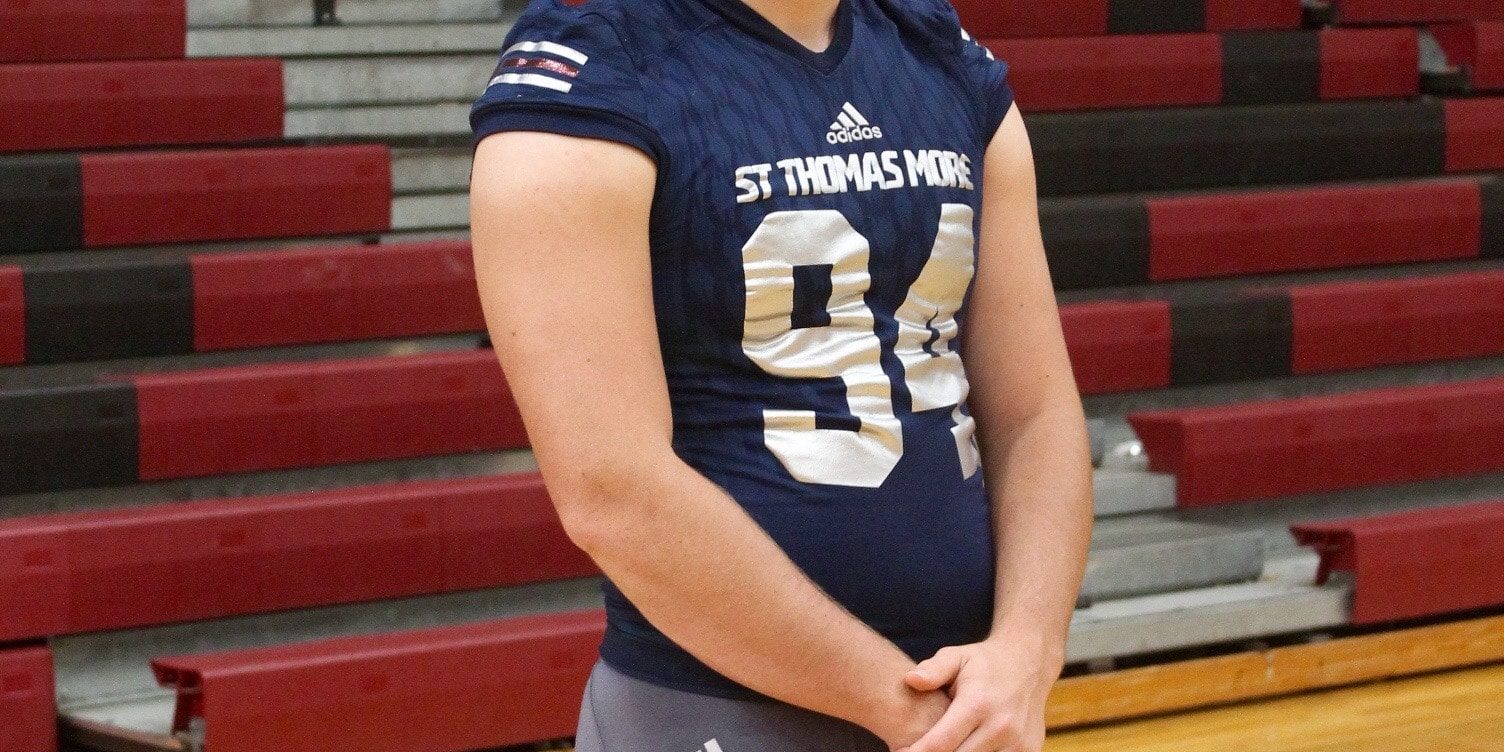 The St. Thomas More Cougars finally won their first state championship in program history last year, which is a huge surprise considering the great success Coach Jim Hightower and his teams had over the past 30 years. The Cougars won that Division II state championship due to a quick passing game on offense led by QB Nate Cox (Louisiana Tech) and WR Griffin Hebert (Louisiana Tech) as well as a great defensive line that was led by Hunter Clay (Southern) and Hunter Bergeron (ULL). This season, the Cougars may still need to develop their passing game with new quarterbacks in the picture, but the defensive line will be as strong as ever even with the losses of Clay and Bergeron. St. Thomas More DE Brandon Gannon may be one of the best defensive ends in all of the state. He will be joined with another great defensive lineman in Sam Greenwood, who made our All-South Louisiana team as both a defensive end and a defensive tackle. This duo has the potential to wreck havoc on a lot of great offenses this season. Gannon has all of the natural talent and ability that you need to have in order to be a standout defensive end. At 6-3, 240 pounds, Gannon is very quick as he can run a 5.2/40 and has the strength to overpower a lot of offensive tackles. His size and length will make it really hard on some of the state’s best offensive tackles to block one on one. Last season, Gannon played a huge role in the Cougars’ historic state championship run as he had 60 tackles, five sacks, three forced fumbles, two pass defensed, and a fumble recovery to earn All-District honors last season. Not to mention that his father Chris Gannon was a standout defensive end in his own right playing for the USL (now ULL) Ragin’ Cajuns in college and for the San Diego Chargers as well as the New England Patriots in the NFL. Louisiana Football Magazine’s recruiting expert Lee Brecheen believes that Brandon Gannon can be just as good or even better than his father. Now, that is saying a lot.

Gannon is a complete football player as he can play the run, rush the passer, and can create turnovers. His versatility and ability to take over a game on defense were huge reasons on why we put him on the cover of our South Louisiana magazine and put him on our All-South Louisiana team. If the Cougars are going to repeat this season, they will have to rely on Gannon making a lot of defensive plays this season. Surprisingly, he has received no offers from any schools, but has received interests from in state schools. If they watch Gannon play in person and realize the pedigree he comes from, there will be a lot more colleges that will look at what Gannon can do. In today’s recruit spotlight, we caught up with Brandon Gannon as he talked about winning the state championship last season, last week’s win against Lafayette, being on the cover of our magazine, the advice that he receives from his dad, and so much more!

I have no offers yet. I am being looked at by ULL and Northwestern State.

LAFM: What are your stats and accomplishments over your career?

Last season, I had 60 tackles, five sacks, three forced fumbles, two deflected passes, and a fumble recovery. I was All-District Honorable Mention last year, but the biggest accomplishment if my career was winning state last year.

A main reason our defensive line is so good this year is that we have lots of experience and lots of talent. Sam Greenwood is a three year starter at right defensive tackle and is very talented.  The other starting DE is senior Elliot Rountree, who got playing time last year, and has improved in every way this year. The other DT Brennan Romero is another senior who is ready to start and is also very talented.

I have good height and good size. I’ve got good speed for my size, and I am good at getting to the quarterback.

I need to get faster and get better at stopping the run.

LAFM: You made our All-South Louisiana team and made the cover of our South Louisiana magazine. What does it mean for you to be recognized as one of the best players in the state at your position?

It’s humbling to be considered one of the best in Louisiana at my position, and it makes me want to get better so I know I deserved to be on that list.

It was honestly one of the best moments of my life. We had the support of every past team in STM history that came close but could never win it. It felt pretty good that we were able to get Coach Hightower his championship at STM.

LAFM: This is the first time that this team defends a state title. Was there any added pressure over the off-season to win this year after winning last year?

We entered this off-season line any other one. What happened last year was great, but all our focus is on this year. We, as a team, have put pressure on ourselves to repeat as champs.

LAFM: The team is coming off a dominant performance against Lafayette. What are your thoughts on the win and what does the team need to improve on this week against a really good opponent in Comeaux?

We played really well against Lafayette High School, but Comeaux is a much better team and we are playing at their stadium. We need to improve probably everywhere because Comeaux is going to be ready for us, and we have to make sure we are ready for them.

LAFM: What is the best game of your career so far?

The best game of my career was last year’s semifinal game vs. University Lab. I was able to make some big plays that game and helped the team reach our second straight championship game appearance.

LAFM: The team has such a tough schedule this year. What team are you looking forward to playing against and why?

I would say Teurlings Catholic because this year isn’t a success unless we beat Teurlings.

LAFM: Who was the best offensive lineman that you faced while at St. Thomas More?

I take a nap before the game and get myself hyped by listening to music.

LAFM: What are your hobbies after football season is over?

Hanging out with friends and sleeping.

My goals are to win state and make the All-District team.

LAFM: Your dad was a great football player for the Ragin’ Cajuns and New England Patriots, but he was also an assistant coach for ULL. What is it like to have a father to have gone through all the aspects of football and what is the best advice he has given you?

Having a dad who has basically done everything you can do in this sport is really nice. If I ever need advice, he can give it to me.  His best advice to me is telling and showing me how much hard work it takes to achieve your goals in football and life in general.