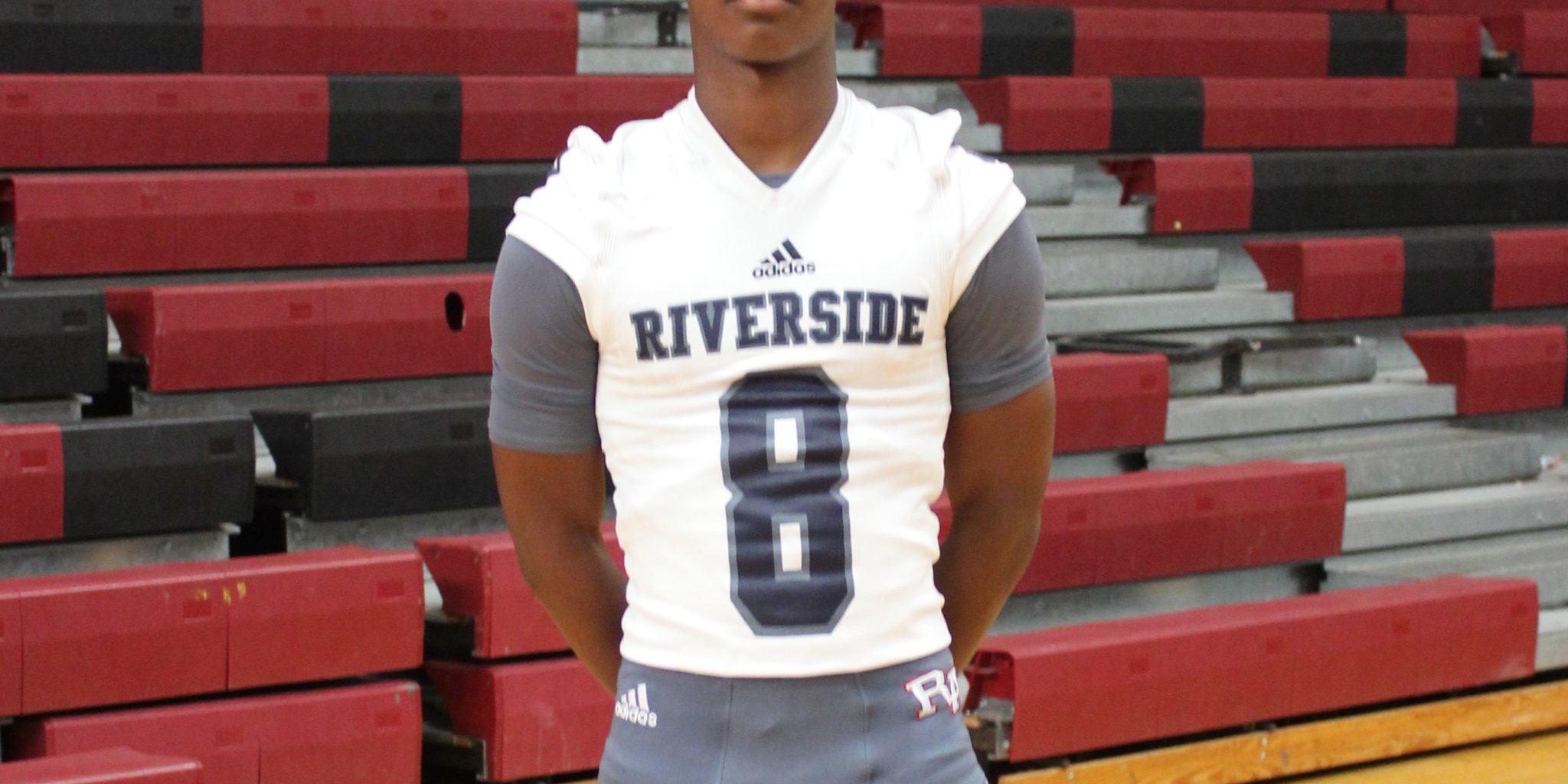 Whether it is playing on offense, playing on defense, or playing on special teams, Riverside Academy senior defensive back Garland Robertson wants to do one thing and that is make plays.

“I just like to be that play maker,” Robertson said. “I just enjoy being that clutch player and coming in if we need something big, I would come on in and shine.”

Over the senior defensive back’s football career, he has not only made a lot of plays, but he has also been recognized on numerous occasions for numerous awards including being 1st Team All-District defensive back, District 9-2A Defensive Player of the Year, 1st Team All-Metro, 1st Team All-State according to NOLA sports writers and coaches, and River Parish Athlete of the Year. All of those accomplishments are special for Robertson and each have significance in his playing career, but two of those awards stick out the most.

“Being selected 1st Team All-State in all of the classifications was a huge accomplishment for me as well as being the River Parish Co-Athlete of the Year,” Robertson said.

Along with Robertson, St. James defensive back and Mississippi State signee Shawn Preston was awarded that recognition as well. Make no mistake about it, Robertson has had himself a pretty successful career, but it almost did not happen as Robertson broke his neck. The results could have been serious enough for paralysis, but Robertson was lucky and has recovered. Now, he has not only put up impressive numbers and awards, but he has also played a huge role for the Rebels when the program won its first state championship as well as the fourth and final state championship for head coach Bill Stubbs, who retired after the state championship victory. In that season, he had 38 tackles, three interceptions, five passes defensed, and two touchdowns just a season after almost ending his athletic career. For Robertson, winning that state championship his junior year made it all worth it.

“Going to play for a state championship is every player’s dream and going in there and winning it made things a whole lot sweeter,” Robertson said.

Getting that sweet feeling back was definitely a goal for the Riverside Academy football team in 2017. With the Rebels returning much of the players back from that state championship winning squad, it was expected that the Rebels would be right back playing in the Dome once again. Even though the legendary coach Bill Stubbs retired, the team still had a lot of trust in their defensive coordinator Chris Lachney, who was promoted as the team’s head coach.

“It was a big transition from Coach Stubbs to Coach Lachney, but at the same time, it really wasn’t,” Robertson said. “He coached the defense the previous year so I already had a good connection with him. However, being the head coach took away a lot of him calling the defense in order to put more focus on the offense.”

Compared to the 2016 season, the 2017 season turned out to be a pretty rough ride for the Rebels and their fans. Following a dominant 54-0 win over Southern Lab, things seemed to be trending in the right direction, but instead took a diving turn when the team lost four straight games to start off with a dismal 1-4 start. Things seemed very bleak for the Rebels especially when they did not have a full ten game schedule. However, the Rebels turned their season around with two wins to end the season as well as two more playoff wins against Northlake Christian and Dunham in order to advance to the Division II semi-finals. Unfortunately, the Rebels’ road to back to back state championships came to an end when the team fell to football powerhouse Notre Dame 41-31. Robertson was a huge part of the turn around for the Rebels. In his senior season, he has made an impact on all three areas on the football field. On offense, he had 14 receptions for 240 yards and a touchdown as a receiver. As a runner, he had 44 yards rushing and a touchdown on only three carries. On special teams, he was a force to be reckoned with returning five kicks for touchdowns with three coming on kickoff returns and two coming on punt returns. Finally on defense, he had 40 tackles and two interceptions including one returned for a touchdown. Overall, with all the ups and downs, Robertson’s last season at Riverside was worth it.

“We didn’t accomplish what we wanted, but in the end, it was a good season and we competed,” Robertson said. “It was a rough and weird season. We struggled in the beginning of the season and a lot of games got cancelled. However, we finished the season on a great note despite losing in the semi-finals.”

Even though his football career at Riverside Academy is over, his athletic career is still going on as he does participate in other sports.

“I play basketball and run track when football season is over,” Robertson said. “I have also been offered by Lane College to play both football and basketball.”

In speaking of offers, Robertson has received multiple scholarship offers from Fullerton College, Louisiana College, Seton Hill University, Lane College, Faulkner University, Bayou Prep, Birmingham Prep,and CMP Prep. He also has a preferred walk on from Nicholls State, ULL, and Southern. Even with all of the offers Robertson has had, he still managed to narrow his decision down to just three schools.

So far, Robertson has not made his decision, but it will be between one of these schools. The senior All-State defensive back will be announcing his decision on February 28th at Riverside Academy. For whatever school he signs with, he is going to make sure to give out 100% effort.

“The college that I will pick to attend will get a playmaker,” Robertson said. “They will be getting a player that they can count on no matter if it is on offense, defense, or even special teams. I want to make plays whether it is in the first quarter or even in the fourth quarter. Whatever they want me to do, I will do. I play for myself, but for the same time, I play for my team. Whatever school I eventually end up going to, I want to help them out in any way that I can.

At only 5-10, 165, Robertson may not be the biggest guy on the field, but he will try and find a way to make an impact in whichever way he can. He wants to be a type of player like his football idol Tyrann Mathieu (St. Augustine/LSU/Arizona Cardinals).  Mathieu was an undersized guy as well, but did everything that he could to make a play wherever he was playing. Riverside’s Garland Robertson has that same mindset and with a strong mindset, it does not matter how big you are, but how many big plays you come up with in the end.