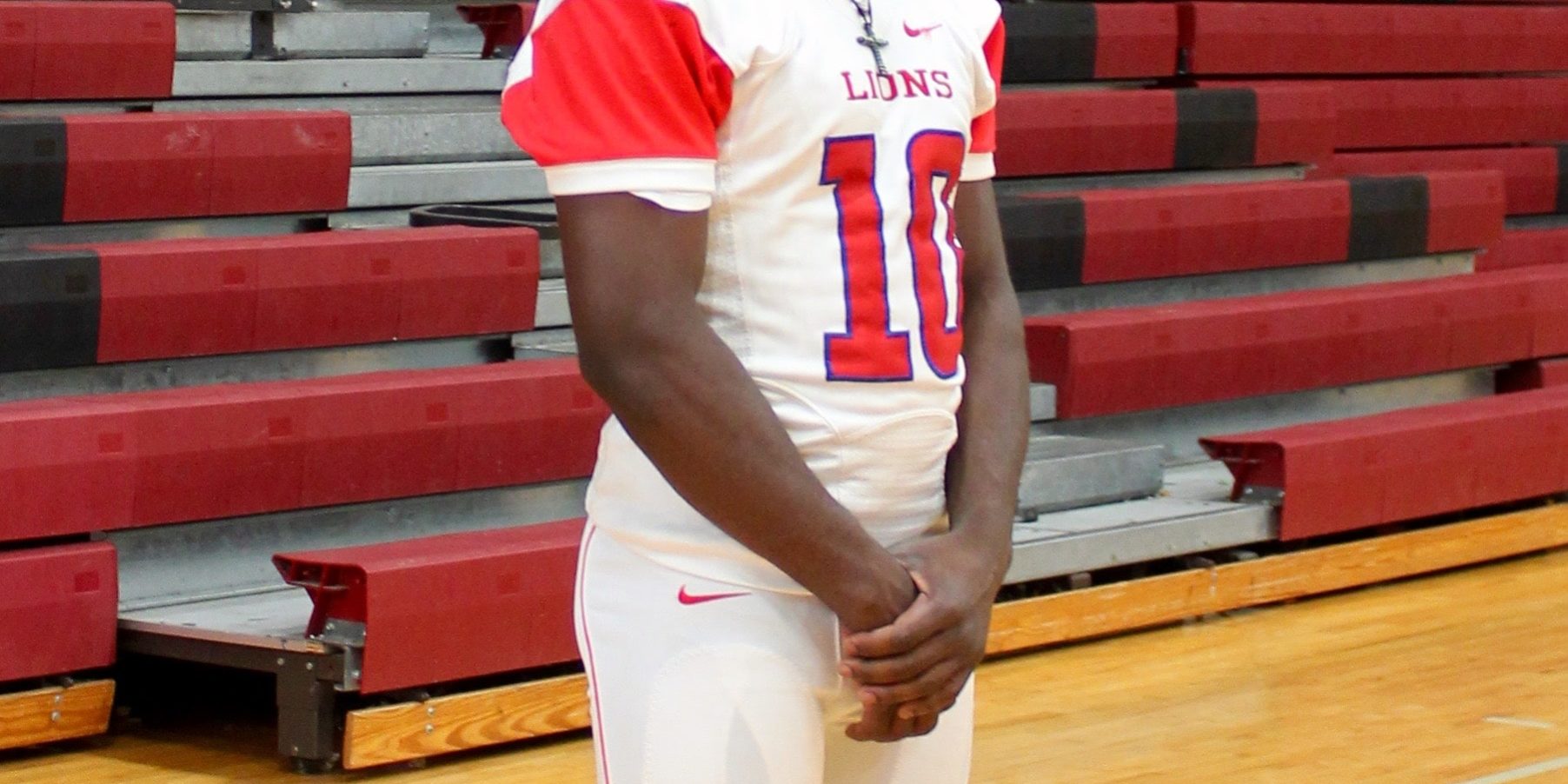 The biggest offensive play makers and most exciting guys to watch are players that play all over the football field. One of the best athletes in the state is Vinton’s star play maker Tony St. Julien. Julien’s primary position is running back where he has rushed for over 1,000 yards the previous two seasons, but he can also make plays as a receiver as well as in the return game. His versatility definitely makes him special, but it his electrifying and blazing speed that really sets him apart. Julien can run a 4.45/40 and at times, looks a lot faster on the football field. When he is in the open look, let’s just say good luck trying to chase him down. Louisiana Football Magazine’s recruiting insider Lee Brecheen loves Julien’s ability so much that he put him on the South Louisiana cover edition of our magazine.

“Tony St. Julien has ran for over 1,000 yards in back to back seasons,” Brecheen said. “Julien can carry the team on his back again and now, he is bigger at 6-0, 190 pounds with 4.45/40 speed. He is still very raw as he plays a lot of positions, but he can become a great running back or defensive back at the next level.”

Julien may not play for a big time school or a football powerhouse in Vinton and might be the team’s biggest recruit in recent years, but all the teams and coaches that had to deal with Vinton’s speed have a lot of respect for the senior Vinton star. Even though Julien plays for a small school, he still has received a lot of attention from all of the in-state colleges as well as some of the big time Power Five teams like Ole Miss and TCU. If the LSU Tigers can get Julien, he could be a great fit for Matt Canada’s offense with all of the jet sweeps that they run and it’s use of getting the team’s best athletes the football in open space. Whoever lands Julien, they will surely know how to get him the football. In today’s recruit spotlight, we caught up with Tony St. Julien as he talks about this season so far, his biggest accomplishments, what he looks for most in a school, and so much more!

My biggest accomplishment would be reaching 2,000 yards rushing.

Speed is always a plus as well as the backing of my teammates.

LAFM: What do you need to improve on for this year as well as when you get to college?

I don’t know about areas. I look forward to improving all my skills.

LAFM: Last year, the team made the playoffs and finished with a 5-6 overall record. What is the next step for this year’s football team?

Of course, our goal will be to improve and go further than last season.

LAFM: What are some things that you look at when deciding what school that you want to attend?

I am pretty open when it comes to my choice. I feel blessed for having choices. I will look at the current program, the division, the academics, and how I can fit in with the team.

LAFM: What team or teams are you most excited to play against this season?

Dequincy, Rosepine, and Lake Arthur are the teams that I am most excited to play against.

Vinton vs. Winnfield in the quarterfinals in the 2014 season was the best game. The game went into overtime and we won 21-14.

LAFM: You are a very entertaining football player to watch. Is there a player that you model your game after? If so, who is it and why that particular player?

I really don’t try to model after any one player. I respect them all for their skills and performance, but I have to give my best games.

LAFM: What position do you want to play at the next level if it was up to you?

Running back is where I have the most experience, but I am flexible and will learn to play where needed.

First and foremost, I thank God. Also, I want to thank my parents for hooking me up with Matthew Joseph Jr. with EPS (Elite Prospect Scouting), who got my video out. I would also thank Coach T. Davis for his recommendations, guidance, and training.

It’s flattering and a little intimidating at the same time. I’m the same person I have always been, but to be ranked as a top player makes people key on me more.

LAFM: What is your message to the Vinton fans and team for the rest of the season?

To the team, “We got this” and to the fans “Keep Supporting the Lions”!