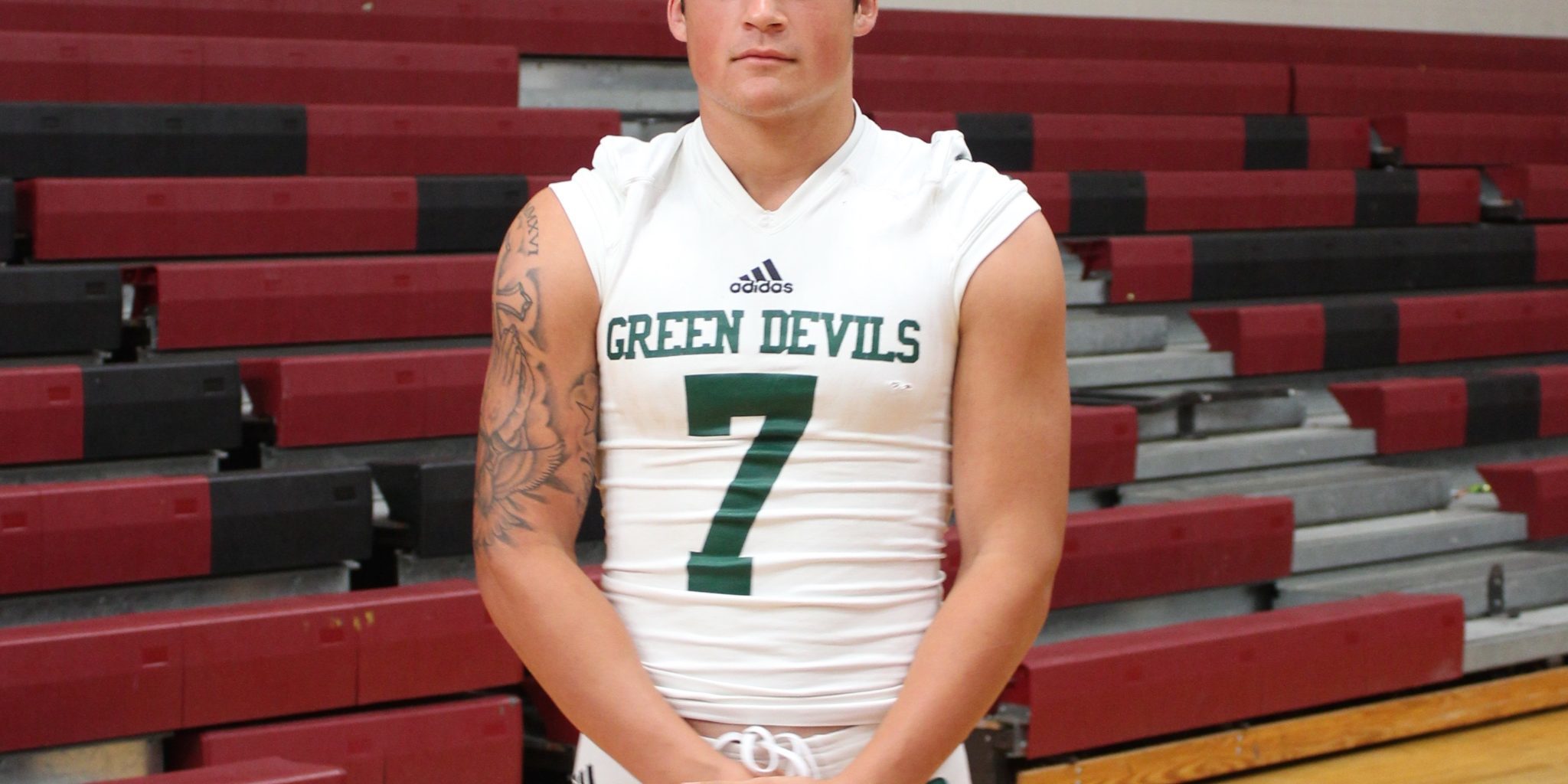 The Plaquemine Green Devils have been one of the best programs in 4A over the last couple of seasons under Head Coach Paul Distefano. The Green Devils have won their district for the past couple of seasons and have advanced far in the playoffs reaching the quarterfinals last season and the semifinals in 2014. The team has had a lot of great skill players over the years including the likes of D’Morea Wicks (Air Force), Julius Maracalin (Southeastern), Todd Harris (LSU), Kevin Dominique (Ball State), and currently Wayne Toussant. The Green Devils also had some pretty good linemen as well in Davon Godchaux (LSU/Miami Dolphins), Abraham Delfin (Army), Kevin Dotson (ULL), Kenny Dotson (Nichols State), as well as currently Nelson Jenkins, but sometimes, a team needs a guy that can play at multiple positions and do whatever the team needs him to do. That guy is Michael Sproles. It seems that Sproles has played every position on the field for the Green Devils. Whether it is playing TE, WR, RB, or QB, Sproles can do it all. He is a guy that does not have a single position that he is labeled as. That is what makes a guy like Sproles so special. His versatility sets him apart because he is willing to use his gifts and talents wherever the team needs him. Louisiana Football Magazine’s recruiting expert Lee Brecheen believes that Sproles is a tough player that some lucky college could get in the end.

“Michael Sproles is one tough football player,” Brecheen said. “He is not a fast player, but he is a versatile player that can play all over on offense. He could become a really good outside linebacker at the next level because of his size.”

The team definitely needs him the most now as star quarterback Herb Thomas received a career ending injury against Tara High School last week when he broke his hip. It is very unfortunate for a rising two sport star like Thomas to have his career end at such a young age, but for the team, they have a guy that can step in and make the plays at the quarterback position. Of course, that person is Michael Sproles, who has had experience running the offense. Even with all of the DI players that Plaquemine has, the key to this season may rely on the versatility of their players especially Michael Sproles. In today’s recruit spotlight, we caught up with the All-District athlete as he talked about his versatility, taking over the quarterback position for the rest of the season, his goals for the season, and so much more!

LAFM:  What is your max bench press, max squat, and 40 yard time?

LAFM: Have you received any offers or have had any interests from colleges?

I don’t have any.

I don’t know if I want to play yet because I have never been given the opportunity. I have been working so hard but with nothing to show for it.

I would say my physicality and my awareness are my biggest strengths.

I need to improve speed, agility, and the ability to run away from defenders.

LAFM: You are a perfect example of a utility player as it seems that you play wherever Plaquemine needs you to play the most. Where do you think you get your versatility from?

I think playing multiple sports helped being all over the field in baseball. I just never say no to a position. If they put me there, I’m going to try my hardest at it.

We need to put all three phases of the game together. We need our high powered defense and offense to be clicking on all cylinders. We have the talent, but we just need to put it together.

I feel like my strongest position it at the hybrid wing. I can run, catch, and block. I don’t really feel as if I have a weak position. I can make plays at any position I’m out at.

I don’t model my game after anyone. I don’t really know anyone else who plays QB,RB, TE, AND WR all in one game.

LAFM:  What is the best game of your high school career so far and why is that your best game?

I would say the Week 1 game against East St. John because that’s the game I made the most highlights. I was having a field day.

I like to play baseball and workout. I spend most of my time in the weight room.

My goals are what every athlete wants to achieve in their high school career. I want that memory of playing in the Superdome and a ring to show off!

LAFM: You are now the starting quarterback due to Herb Thomas’ injury, which could be a career ending injury. Is there anything that you want to say about Herb and how tough of a loss it really is for the team?

Herb was a real threat! He could pass the ball, and he could make a defender miss! He reminded me of Derrius Guice (Catholic High/LSU) but at QB. This season is for him! We are gonna do it for him! He’s a real fighter!

First off my mom, she’s the one who has been by my side through it all trying to push me to be my best! If it wasn’t for her,  I wouldn’t be where I am today! She’s my backbone and keeps me straight. I can’t appreciate that enough.

LAFM:  What do you feel makes you stand out the most as a football player?

I think my versatility and my work ethic. I’m all over the field. I never just play one position!