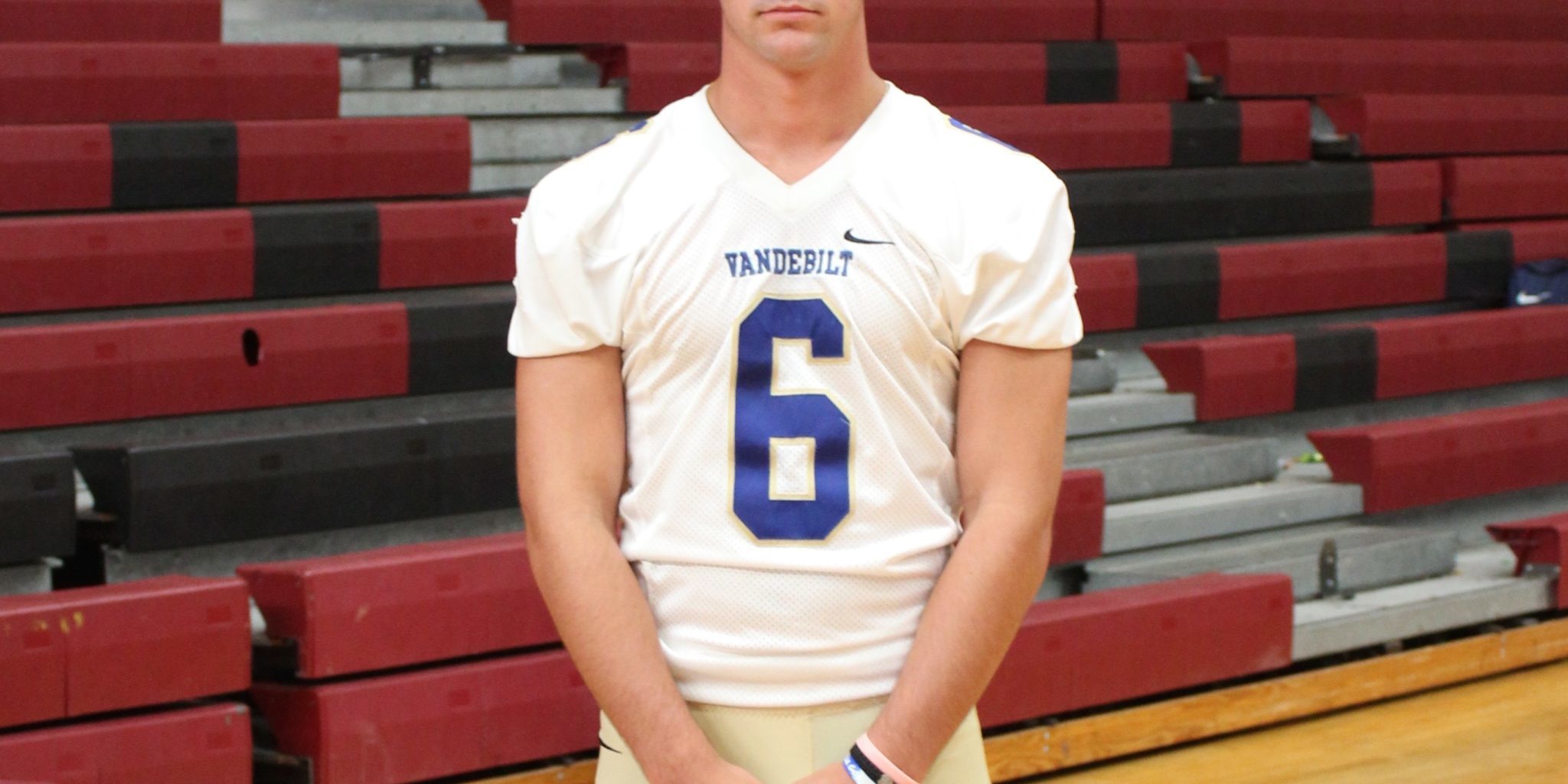 Coming into the season, the Vandebilt Catholic Terriers had one of the best rushing duos in the state with seniors Michael LeCompte and Brennan Rogers. Last year, the combination of LeCompte’s size and power as well as Rogers’ speed and playmaking ability proved to click during the regular season helping the Terriers win eight games in the regular season with over 1,000 combined yards and 22 touchdowns. It sure looked that the rushing attack of LeCompte and Rogers was going to have its biggest season yet, but that all changed with a significant injury to LeCompte in the second game of the season that could cost him the rest of the year. Even though the Terriers still have the speed and playmaking ability of Rogers, the team will miss the power running game and versatility that LeCompte brings to the table when the offense needs to pick up third downs on third and short or fourth and short. Even though LeCompte has missed the majority of the season, the Terriers are still in great position as the team is currently 6-1 with three more regular games to go. Louisiana Football Magazine’s recruit expert Lee Brecheen still thinks that LeCompte could be a very good pickup even with the injury as he did put LeCompte on the cover of our South Louisiana magazine in our annual magazine photoshoot.

“Michael LeCompte is more of the same as Brennan Rogers when it comes to being a tough runner with a fast 4.6/40,” Brecheen said. “He is a great athlete and even though he plays running back, he could make a great safety.”

LeCompte is a really good football player and it does not matter what position he does play as long as he is on the field. Even with the unfortunate injury, LeCompte is still optimistic that he could return later on in the playoffs. If the Terriers can still take care of business in time for LeCompte to come back, then, everybody should keep an eye on the Terriers. So far, LeCompte has had no official offers, but he has communicated with some schools about his football future. In today’s recruit spotlight, we caught up with the senior Vandebilt Catholic All-District RB as he talked about his injury, being on the cover of the magazine, his relationship with Brennan Rogers, his top schools that he wants to play for, and so much more!

LAFM: What is your max bench press and squat?

LAFM: Have you received any offers from any schools? If not, have any schools shown you interest playing football at the next level?

I have got a couple of emails from some colleges to go to some camps but no scholarships yet.

LAFM: What are some schools that you want to play football at?

I would say Nicholls State and ULL in state are my top two, but I don’t mind going out of state playing at a program.

LAFM: What is your message to college scouts and coaches that are looking for a player like you with your skill set?

If they take me, I will give them all I have and put all my effort into it. I will not disappoint and will give it all I have.

LAFM: What are your biggest accomplishments on the football field that you are most proud of?

I would say just my overall improvement on speed and working on my pass protection are things that I am proud of. We have a young quarterback and inexperienced line so being able to help my quarterback in that way is a huge accomplishment.

LAFM: What are your biggest strengths as a running back?

I would say my physicality and my effort whenever I have the ball in my hands. I also excel in anything that the team wants me to do whether it is blocking or doing anything else. I am more of a North-South runner than an East-West runner.

LAFM: You were part of a two headed running attack with Brennan Rogers. How do both of your running styles complement one another?

I think Brennan is more of a receiving back out of the backfield and is better in space. When the team needs to get the short yardage or the offense plays a hard defense, they usually get me to wear down the defense while Brennan breaks the defense with his agility and speed.

LAFM: Does the team give both of you a nickname as far as Thunder and Lightning or anything like that?

No, not really. We haven’t come up with one yet.

LAFM: After your football playing days are over, do you have an idea of what you are going to do?

I still want to be associated with football. Maybe, I can go into coaching or become some sort of trainer.

LAFM: So far, the season is off to a great start at 6-1. What has been most impressive about this team so far?

We have had a lot of big injuries including myself and we are kind of getting through it by playing tough. This is a young team, but they are growing up fast. If we do everything right, we are unstoppable. Like Coach always says, there is great success and great failure not really much in between. If we play bad, then, we are going to get negative results. If we play good, we will get positive results and we are playing good right now.

LAFM: Last season, the team had a great regular season going 8-2, but the team ended their playoff run early with an upset loss to rival E.D. White, who the team defeated to start the season. How much has the early postseason loss motivated the team during the offseason and up until now?

LAFM: Is there a college or NFL player that you model your game after?

I would say the favorite guys that I have watched running the football would be Herschel Walker (Georgia/NFL) and Walter Payton (Jackson State/Chicago Bears). Some of the legends are the guys that I look up to.

LAFM: You have played a lot of games over your career. Is there a game that sticks out to you the most in your mind?

I would say last year’s homecoming game against Newman High School was my favorite game because it was the week where I lost a family member and I was playing for them. That added motivation for me, but it seems that when we play New Orleans schools, those schools think that they are going to get an easy victory against us. It gave me a chip on my shoulder to go out and give it my all. I had a 180 yard three touchdown game so that was a big game for me.

LAFM: Before the season started, you were on the cover of our South Louisiana Magazine recognized as one of the best players at your position in the state. What does it mean for you to receive such an honor?

I am just glad to be recognized and that all my hard work is paying off.

I like to relax, but I still like to work out as I don’t really play any other sports.

LAFM: You suffered a major injury early on in the season. What is the update on the injury and would you be back later on?

I tore my ACL in the second game of the season and the Doctors said that it will heal and I will run again. As far as this season, I am not sure because it is a pretty bad tear, but I should be good at the end of the year.

LAFM: As a senior leader and as a guy that is now on the sidelines not out there with your team, is there any advice that you want to tell your team for this season?

We just need to keep playing. Unlike a lot of other people, I lead by showing what I can do or could do. I have been to many of the practices that I can make as well as a lot of the other games. If the team is worried or frustrated, they can look to me for some leadership and I could tell them that the game is still not over and that we did not do all that hard work for nothing. I am going to try and keep these guys in the game as much as I can.

LAFM: Who are some people that you want to give a shout out to for helping you be in the position that you are in today?

I just want to thank my whole family. I would look up to my Dad the most because of what he did as a football player and what he accomplished in his life. I also want to thank my friends also for being there for me and supporting me through this difficult time with the injury especially that it has happened in my senior year.