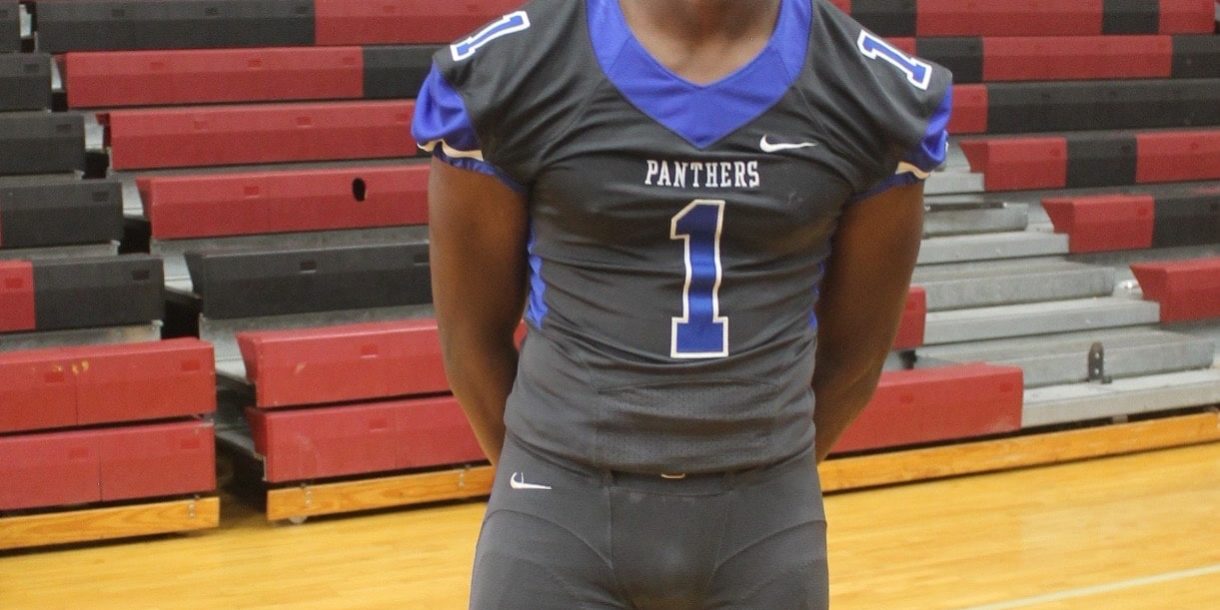 Just because both National Signing Day periods are over, it does not mean that they are not any big time players left. Case in point, McKinley senior ATH Joshua Quiett is a legit DI player that has yet to sign with a college. Heading towards the 2017 football season, Quiett was one of the best prospects in the Baton Rouge area. Quiett is an incredible athletic specimen that could play at any position that he is put at. Over his career, Quiett has been utilized wherever McKinley Head Coach Ken Hilton needed him to play whether it was at wide receiver, tight end, H-back, and even on the defensive side of the football at defensive end. Quiett did whatever means was necessary in order to put his team in a great position. Louisiana Football Magazine’s recruit expert Lee Brecheen sees a lot of potential in Quiett as he put him on the cover of our South Louisiana magazine at the beginning of the season.

For Quiett, being on the cover of Louisiana Football Magazine has always been a dream of his.

Another blessing for Quiett has been his natural football abilities that cannot be taught or coached. For a guy of his size at 6-4, 230 to run a 4.6/40 is pretty incredible. Quiett’s combination of size and speed made it hard for defenses to stop in 2016 when he had over 1,000 yards receiving and was named All-District. Building off an incredible season in 2016, the star McKinley receiving target was looking to take the next step in 2017. However, teams were able to double team and pay extra attention based off the season before and as a result, his yards dropped from over 1,000 to just 500 yards his senior year. Even though Quiett’s numbers and production came down, he felt that he improved in other areas in order to become a better all-around football player.

“In my junior year, I was really childish,” Quiett said. “I felt like I grew up more in my senior year as I started to become more of a student of the game. The year before, I did not really understand defenses, but this year, I understand what the defenses do as well as their assignments.”

Even though Quiett has become more of a complete player with his athleticism to go along with his football knowledge, he knows that he must improve more in order to have success at the college level.

Quiett’s football genes do run in the family as his older cousin is none other than Jake Reed (Grambling State/Minnesota Vikings/New Orleans Saints), who had an impressive career as a wide receiver catching 450 passes for 6,999 yards and 36 touchdowns. Reed was also a teammate of NFL Hall of Fame Receiver Cris Carter (Ohio State/Philadelphia Eagles/Minnesota Vikings/Miami Dolphins). Together, the duo was the first receiving in NFL history to amass 1,000 yards each in four consecutive seasons. Quiett not only had the fortune of getting advice from his older cousin, but a NFL Hall of Famer as well.

“I really try to model my game after Cris Carter,” Quiett said. “I loved watching his highlights and I actually got to chance to meet him when I was younger because my older cousin Jake was playing in Minnesota at the time. After that, I had a chance to really watch him and get to learn how to be a student of the game.”

It is not really often that a high school football player gets to meet his football role models especially if that player is in the NFL Hall of Fame. Being around guys like his older cousin and Carter have helped give Quiett some insight on what college and professional football life is compared to high school.

“Jake told me that high school football is all fun and good,” Quiett said. “However, in college, you have to sacrifice some things such as getting up early and not going to a lot of parties. You have to be mentally and physically prepared. He really just told me to keep grinding. Grind now and it will help prepare me to grind later.”

In speaking of high school, Quiett’s statistics may have not been up to par with his junior season, but his leadership and big play ability helped lead the Panthers to an early great start to the season as the team was 3-1, but after the impressive four game stretch, the team faltered finishing the year at 4-7 losing in the opening round of the Division I playoffs to Brother Martin. For Quiett, it sure was a roller coaster type of year.

“I felt like we started the season strong,” he said. “However, once we lost a couple of games, our confidence left us. We were trying to gain that confidence back from the first couple of games, but it was a little too late. In our playoff game, we just did not execute as well in that game as we are supposed to. Our biggest thing was execution at the biggest parts of the football game and I just felt that we didn’t do that.”

Even though it was not the way Quiett wanted to end his senior year, he still gave a message out to his McKinley teammates on how they can approach next season even though he will not be there.

The McKinley senior may continue playing at the next level, but he has not taken his high school years and his success for granted.

At one point, Quiett, who is a three-star player according to 247 Sports, was a Tulane commit, but in early October, he decided to decommit from the school leaving his options open.

“I decommitted from Tulane as I was starting to look in the school more,” Quiett said. “I just did not see where I would fit at.”

Right now, two schools have risen to the top of his preferences with both schools coming from the SWAC Conference.

“Grambling and Alcorn State are my two top choices,” Quiett said. “I like Grambling a lot because of what Coach Broderick Fobbs has been doing with that team as well as their game plan. I see myself contributing there and helping the team win more national championships. I could also go in and play right away and would not have to sit. The same thing goes for Alcorn State. Coach Fred McNair is doing a great job with the program and turning it around. I feel those are the two powerhouse football teams in the SWAC.”

Talking to Quiett, it looks like his college decision will be announced sometime in May. Even though the day, the position he will play, and the school Quiett will attend have not been confirmed, he knows that he can confirm one thing. That would be his effort to whichever school he will attend in the end.

“For whichever team I sign with, the fans should be happy because they will get a guy who will bring a lot of excitement to the game,” Quiett said. “I can control my body and make that crucial third down catch when needed. I am a team leader and will help bring championships.”

It is tough to say whether Joshua Quiett will gain more weight and move up to tight end or if he will slim down and become a wide receiver, but whatever he ends up doing, this former McKinley star has the athleticism, leadership, and confidence to be a big time SWAC star. It also happens to run in the family.

(Click Here to Check Out Some of Joshua Quiett’s Highlights)