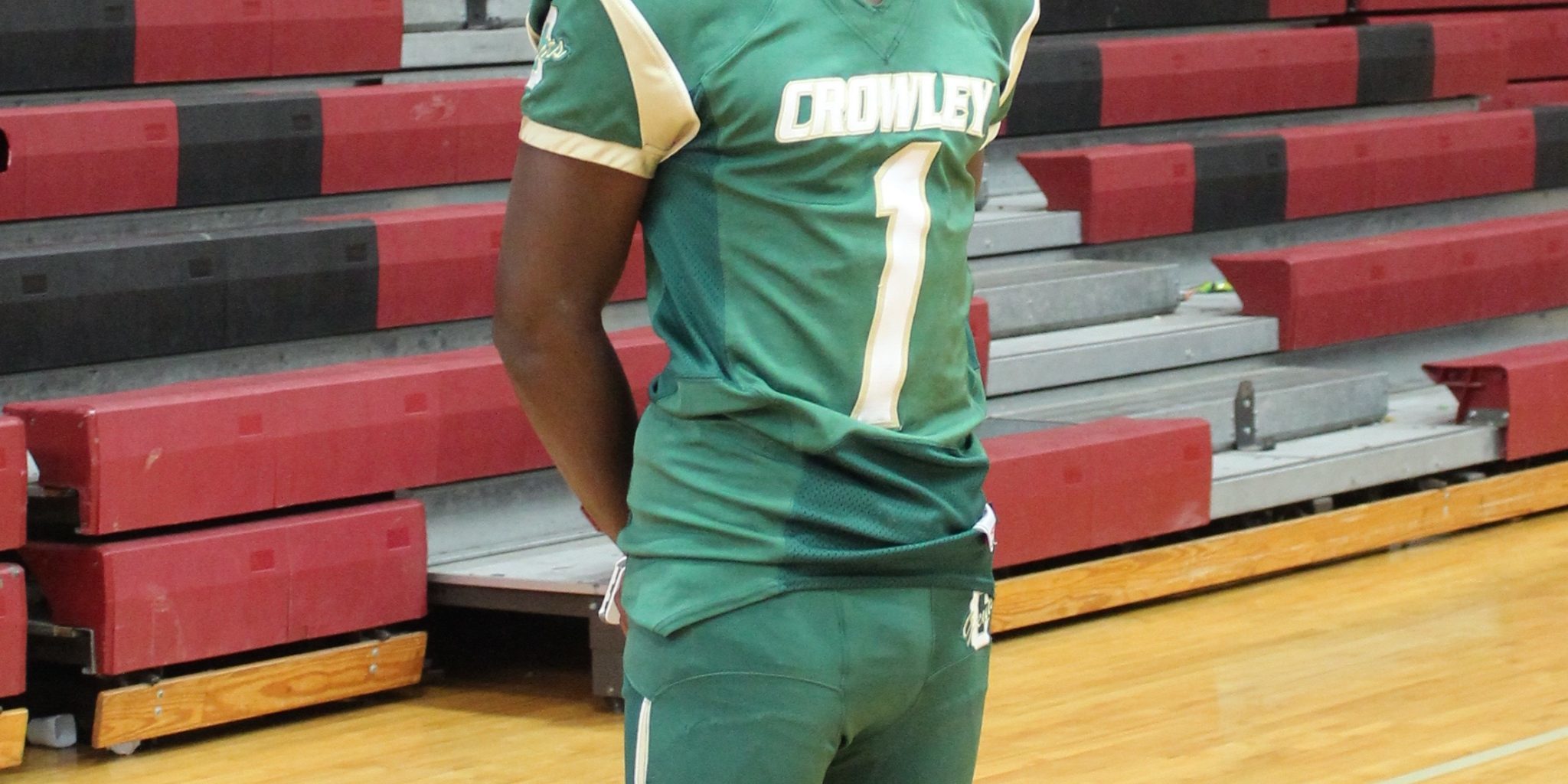 Crowley High School has been one of the most underrated football programs in the state over the past couple of seasons. Over the last four years, the Gents have made it as far as the Class 4A quarterfinals on two occasions with one coming in 2015 and the other coming in 2017. A member of both of those state quarterfinal squads is senior ATH Christopher Lewis. At 5-11, 170, Lewis knew that he was not one of the biggest on the football field, but his 4.5/40 speed has really helped him thrive throughout his career at Crowley High School. Whenever his team needed a play, it was Lewis that would be able to make it happen.

“My biggest strength is making something out of nothing and when my team is in need of a play,” Lewis said.

Louisiana Football Magazine’s recruit expert Lee Brecheen loves Lewis’ athleticism so much that he was named one of the best athletes for the Class of 2018.

“Christopher Lewis has great speed as he has 4.40/40 football speed,” Brecheen said. “I have seen him play multiple positions including wide receiver, defensive back, and running back during his career at Crowley.”

It turned out to be a huge surprise for Lewis to learn that somebody was watching him and noticing his play.

“It was a great honor for me,” Lewis said.  “I was surprised because I thought nobody has noticed me and the big plays I have made.”

For Lewis, playing multiple positions has really helped him with his athleticism and versatility. The multi position athlete has played wherever his coaching staff has wanted him to play, but for him, there is only one position that he would love to play at the next level.

“My favorite position was wide receiver because if I touch that ball I’m trying to score,” Lewis said. “I also enjoy watching Antonio Brown (Central Michigan/Pittsburgh Steelers) play, which motivates me even more.”

The Crowley senior is a really confident player that has all the faith in the world about his abilities, but at the same time, he realizes that he needs to take his game to another level in order to be successful at the college level.

“I really need to improve on everything,” he said. “There is always room for improvement.”

In 2017, Lewis entered the season as one of the team’s best athletes and as a result, he came to play. He ended the season as the team’s leading receiver with 23 catches for 265 yards. It may not sound like eye opening numbers, but considering the Gents run the football majority of time, it is actually pretty impressing. The Crowley wide receiver helped lead the team to an 8-5 overall record along with playoff wins against Albany and Iowa before falling to Jennings High School in the quarterfinals.

“It was a really good season,” Lewis said. “I enjoyed everything from the wins to the losses. It felt like a movie to me.”

During some games, Lewis felt like that he was the star of the movie like in a game against Rayne during his junior season.

“The game that sticks out the most to me is the Rayne game, in which we lost in my junior year,” Lewis said. “I scored three times. We still lost, but I realized how good I was leading into my senior year because I was not confident at the time.”

It is obvious now that Lewis carries over that confidence from that Rayne game to today. However, that confidence not only transfers to football, but for the other sports he is involved in as well.

“After football season, I go straight into basketball,” he said. “I still workout getting ready for track.”

As confident of a player he is, Lewis also realizes that the sport of football takes more than one person in order for a team to be successful.

Not only does Lewis want to thank his senior teammates, but the coaching staff as well.

“I would like to thank my coaching staff,” he said. “They believed in every single one of us, and they knew we were going to be great.”

Lewis’ football career at Crowley may be over, but it is still not stopping him from giving advice to the younger players that are the future of the Gents’ football program.

“My message to my lil’ bros is to stay focused and overcome adversity just like we did.” Lewis said. “I see them being very successful.”

Christopher Lewis did not sign during National Signing Day, but he is still waiting for other opportunities to come around in order to continue his football career. As a 3.4 GPA student, Lewis takes both his schoolwork and football pretty seriously so it is no surprise those are part of his two main goals of what he wants to accomplish in college.

“I want to go to college and further my education and be something in life,” Lewis said. “I love playing football because I get to showcase my talents that God gave me to play with my team for my city.”

Now, Lewis just needs the opportunity in order to go out and make it happen.