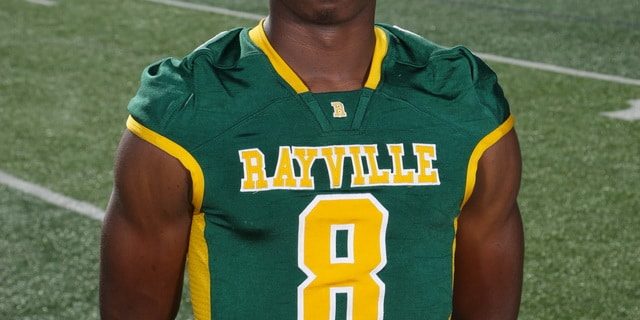 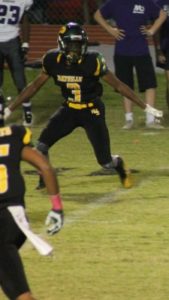 The Rayville Hornets have always been flying under the radar in comparison to a lot of the other 2A football programs. No matter the record, you know that the Hornets play their best football under Head Coach Lent Bursey in October and November. Over the last three years, the Hornets made some deep playoff runs. In 2016, the Hornets overcame an 0-4 start winning five of its next eight games and reaching the Class 2A quarterfinals. In 2017, the Hornets once again overcame an 0-4 start by winning seven of its next eight games reaching the second round of the Class 2A playoffs and finishing with a 7-5 overall record. This past season, the team once again did what it does best and that is overcome adversity. After starting the season at 0-5, the Hornets drew fire by the end of the season with an overall record of 5-7 winning a playoff game against North Caddo before falling in the second round of the playoffs against Many High School. Regardless, the theme of this team has been constant. It is not how you start, but is how you finish that matters.

That saying can be said for Coach Bursey, who is most known for coaching Morris Claiborne (Fair Park/LSU/Dallas Cowboys/New York Jets) in high school. Bursey had a great career coaching whether it has been stints at Rayville or at Fair Park High School. At the end of the 2018 season, Coach Bursey announced his resignation as Athletic Director and Head Coach at Rayville High School. He always finished what he started. Two of his star players James Powell and Nick Gee will always be grateful for not only what Coach Bursey taught on the field, but what he also taught off of it.

“The biggest thing I took from him was the game of life after football,” Powell said. “I grew close to Coach Bursey and he was like another father to me. He always told me how to be a better person, father, and husband in the future.”

“Coach B has helped me in many ways, but what I really took from him is how to grow up and be a man in life as well as to be a leader not a follower,” Gee said.

Powell and Gee have always been very talented, but it was Coach Bursey that has helped them become the players and leaders they are today.

Both Powell and Gee are very highly regarded by Louisiana Football Magazine’s recruiting specialist Lee Brecheen. Before the season, Brecheen selected Gee on the second All-North Louisiana team while selecting Powell to be on the front cover of the North edition Louisiana Football Magazine Fall preview as well as on the 1st Team All-North Louisiana team. For Powell, it was a huge honor and it is something that he will always appreciate.

“It was a great honor, and I would like to thank Lee Brecheen for blessing me with the opportunities he has presented me,” Powell said.

Brecheen got the chance to see Powell play and after first seeing him play, he knew that he had the potential to be a DI player.

“Powell is one of the most gifted athletes in North Louisiana and is in the process of becoming a great dual threat quarterback,” Brecheen said. “He runs a 4.5/40 and has a very strong arm.”

The ability to throw and run is what Powell believes is his strongest suit.

“My biggest strengths would have to be my arm talent,” Powell said. “Being a dual threat quarterback, people expect a run heavy offense, but we throw the ball maybe 60% of the time.”

The stats back it up as Powell has thrown and ran for over 1,000 yards each while being named All-State twice, All-District three times, All-NELA two times, and on the All-Sun team once. However, what is most impressive about the 6-2, 185 pound signal caller is what he does in the classroom. Powell has been named on the All-Academic team three times while being Mr. RHS.

As far as what is next for Powell, he has decided to sign to play college football for the Louisiana College Wildcats despite receiving offers from Southern, Mississippi Valley, and a preferred walk-on offer from ULM.

“I chose Louisiana College because of the great coaching staff and the community,” Powell said. “It is a great small town place that made me feel at home.”

When Brecheen heard this, he found it hard to believe that a quarterback with DI ability signed with a D-III school.

“It really is a mystery why James did not sign with a DI school,” Brecheen said. “If he enrolls at Louisiana College, he would be the most talented quarterback the program has ever had.”

Well, at least Powell has signed to play at the next level. It is even more surprising that Gee has not receiving any interest much less offers from any schools.

If given the opportunity, Rayville’s star defender, who ended his prep career with 50 tackles, eight interceptions, and 10 sacks, will make the most of it.

“Yes, I would consider playing football at the next level,” Gee said. “That has been a dream of mine since I was a kid.”

Nothing has stopped Gee from reaching his goals. In fact, he is striving to not only make the college level, but maybe even beyond.

“In years, I can see myself living my dream of playing pro football and being a role model for other young kids to follow on and off the field.”

Both Gee and Powell have admitted that they both want to continue being involved with sports after they are done with their football playing careers. It comes to show how much Coach Bursey has influenced these two special players like he has influenced plenty of others during his eight year tenure with the Hornets.