Racking Up Offers, Terrebonne’s DT Maason Smith Is Proving His Worth 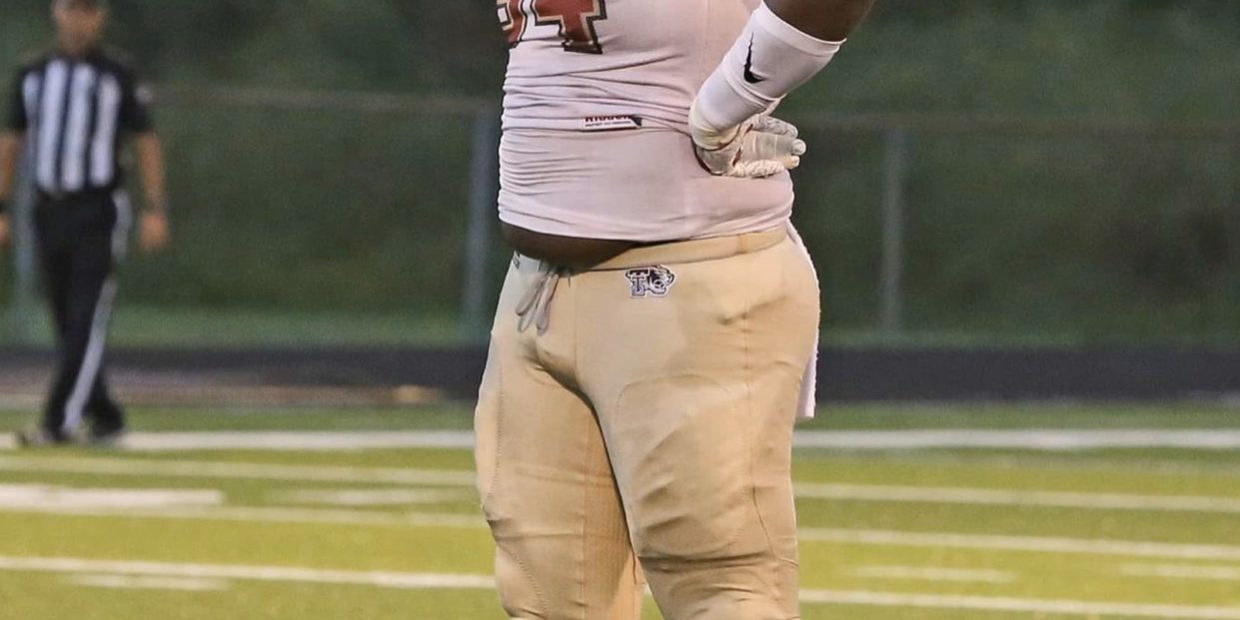 Racking Up Offers, Terrebonne’s DT Maason Smith Is Proving His Worth

When someone is ranked in a lot of recruiting sites as the number one overall recruit in such a heavy talented football state like Louisiana, it can be easy to let your guard down, but for Terrebonne High School’s five star defensive tackle Maason Smith, there is always room for improvement.

“I definitely want to become more of a leader,” Smith said. “For the past three years, I really didn’t have to be a leader because I was younger, but I now have to work on my leadership skills and how I handle things.”

Not only is Smith working hard to be accountable for his teammates, but he is also working extremely hard over the offseason training at least three times a week. At 6-5, 310 pounds, Maason Smith is a physical specimen as he can also bench press 355 pounds, squat 485 pounds, and clean 315 pounds. With those measurables, there is no wonder why the Adidas All-American has been wanted by all the major DI colleges. However, Smith wants to prove that he is much more than just a big, strong body on the interior of the defensive line.

“Obviously, when I come to the line, I am a much bigger dude,” Smith said. “A lot of people think because of my size that I can just beat you with power moves, but one thing that I can bring to the table that a lot of big dudes like me don’t have is athleticism and being able to beat you with finesse moves so the offensive lineman doesn’t know what’s coming.”

Smith’s combination of power and athleticism makes him a no brainer DI recruit. In fact, he has received an incredible 33 offers from college football programs most notably teams such as Alabama, Georgia, LSU, Texas A&M, Miami, Mississippi State, Florida, Texas, Vanderbilt, and Virginia just to name a few. Because of that, Smith has enjoyed the perks of the recruiting process.

“There are a lot of good things about the recruiting process,” Smith said. “You get to meet a lot of people that you thought wouldn’t meet before in your life like Nick Saban or Kirby Smart. I also get the chance to visit incredible facilities like at Alabama, LSU, Ole Miss, Miami, Florida, etc. Every one of my visits has been incredible.”

Heading into his senior season, there are a couple of other visits that he would like to visit as well that he has not gotten the chance to visit just yet.

“I have been talking to coaches from Georgia, USC, and Oregon, but haven’t gotten the chance to see their facilities yet,” Smith said.

By the time the highly talented Terrebonne defensive tackle makes his decision on where he is going to play college football, it will be based on more than which campus has the nicest facilities.

“I definitely want to play in a four man front when it comes down to it,” Smith said. “I also want to play with other talented athletes and attend somewhere that has a home atmosphere.”

Even though Smith may be going through the recruiting process, he has plenty of people to lean on for guidance on how to handle it including Ja’Khi Douglas, who signed with Florida State this past season.

“Ja’Khi always told me to take the process slow and to trust my instincts,” Smith said.

As far as preparing for his senior season, Smith knows that a similar jump like he made from his sophomore season to his junior season could give him more confidence when he signs his letter of intent at the end of his high school career, especially facing the tough competition that the Tigers have to face.

“Honestly, I think I play in the toughest 5A district in the state of Louisiana,” Smith said. “You got Hahnville, Destrehan, East St. John, Central Lafourche, and Thibodaux so there are a bunch of great names that have come from those programs. At Thibodaux, you got Amik Robertson (Louisiana Tech/Las Vegas Raiders), Trovon Reed (Auburn/NFL), and Greg Robinson (Auburn/NFL) come out of there. Also, at Destrehan, you have Jordan Jefferson (LSU), Justin Jefferson (LSU/Minnesota Vikings), John Emery (LSU), and Kyle Edwards (Alabama) last year. The list goes on and on. Playing against tough competition like that has really helped me prepare to play at the next level.”

Before focusing on playing at the next level, Smith wants to be in the conversation with some of the other great defensive linemen the state has produced and end his senior season on a big note.

“Three years ago, we were really good and made the Quarterfinals where we lost to John Emery and Destrehan,” Smith said. “That was my sophomore year, and then last year, we were really young as we lost over 20 seniors and 15 of them were new starters. A lot of people had to step up and play in a new role. Hopefully, this year, with more experience, we can have a better season.”

Despite the many offers, Smith is determined to live up to the hype and make an impact wherever he signs.

“I definitely want to be an All-Conference player when I get to college, and achieve at least ten sacks my freshman year,” Smith said. “Overall, I just want to help contribute to my team in the best way possible.”

Along with the physical skills, Maason Smith’s determination, athleticism, and unselfishness make him not only a five star player, but a five star teammate as well. Fortunately, for those 33 schools, that is what they want to hear.

Click the link below to check out Maason Smith’s junior highlights: