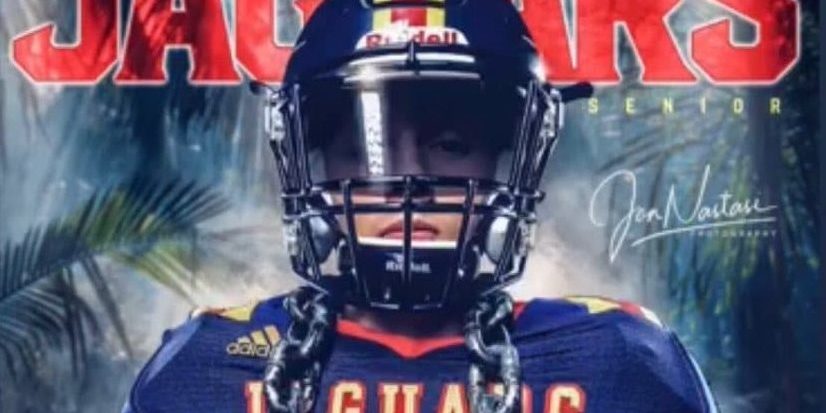 As a four year starter, Pope John Paul II High School senior QB George Arata has been through some of the tough times enduring coaching changes each and every season while only winning five games during that time frame, but he still has a positive mindset and loves with what he has seen from new head coach Phillip Pigott.

“I’ve had a different head coach every year in high school,” Arata said. “It is pretty difficult going through it, especially at quarterback because you learn a new offense every year, but this year, I really like Coach Pigott. He is bringing in a lot of good stuff, and I can already tell that the program is improving. He has been around a lot of elite level programs playing at LSU, coaching at the collegiate level, and coaching 6A football in Mississippi. He knows what it takes to win at the big schools and is trying to incorporate that here at Pope John Paul. A lot of my friends left football because they thought it was a drag because we weren’t winning, but from the very start, Coach Pigott said he believes that we can go all the way to the state championship and that he has total faith in us.”

In order for the Jaguars to get where they want to go, it all starts with number 9. For the last four years, Arata has been through it all. At the beginning of his career, Arata started out at another position, but eventually, his athleticism gave him opportunities to be under center.

“Sophomore year on, I played pretty much just quarterback, but my freshman year, I started out playing cornerback,” Arata said. “Playing cornerback helped me in playing quarterback because it allowed me to understand coverages and where the ball was going to be thrown most of the time. I was able to read Cover 3 or Cover 4 based on how the defenses would align.”

Having that background obviously helped Arata in his development as a quarterback the last three years, but also, experience has helped him as well.

“I started to gain a little more confidence as well,” Arata said. “I lacked a lot of self confidence going into the job, and I didn’t understand of how to deal with the pressure because I was 14 at the time. I am still only 17 now, but there is a big difference from now compared to when I was only 14.”

As the years have gone by, Arata is so confident now that he has been selling his teammates that a big year was in store this season. After throwing for over 1,000 yards and 15 touchdowns in 2020, Arata still feels that he is scratching the surface. Now, with his athleticism, the athletic Pope John Paul quarterback will be playing more of a Taysom Hill role and line up at many positions this season to give defenses different looks.

“This year, I am not going to be a quarterback so much, but I am going to be more of an athlete position,” Arata said. “I am going to play safety as well as some running back and receiver.”

Arata’s athleticism and ability to throw the football has drawn the attention of some colleges. After in what Arata expects to be his best season to date, he will be trying to continue his playing career at the next level.

“There are a lot of D2 and D3 schools looking at me,” Arata said. “A particular school in South Carolina is also pretty interested as well and that is Wofford College. A lot of schools are recruiting me as a quarterback. I went to Wofford’s camp and performed pretty well there so that is what helped me get attention there.”

What has also helped Arata gain attention as a football player is what he can do as a fútbol player.

Well, Arata and the rest of the Jaguars will get the chance to turn the program around this week to open the season against Pearl River. After missing last week because of Hurricane Ida, the 6-1, 185 pound senior is hoping for a big jumpstart to the season on Friday.

“It’s going to be a really good game, and I think they are going to be surprised with the talent that we have, and I am sure they are not looking at us as a big opponent on the schedule, but I really want to prove that they should not underestimate us,” Arata said.

Although he is getting some interest, Arata wants to prove that his play does stand out and that he can play college football.

“What separates me from everybody else are my grades,” Arata said. “I am a pretty smart kid and I am a good athlete. I want to show them that I am a winner both on and off the field. Also, no matter where I line up on the field, I can help the team win.”

George Arata is the perfect representation to lead the Jaguars this fall because just like his team, he is willing to make you pay the price for underestimating him.

Click the link to check out George Arata’s junior highlights: