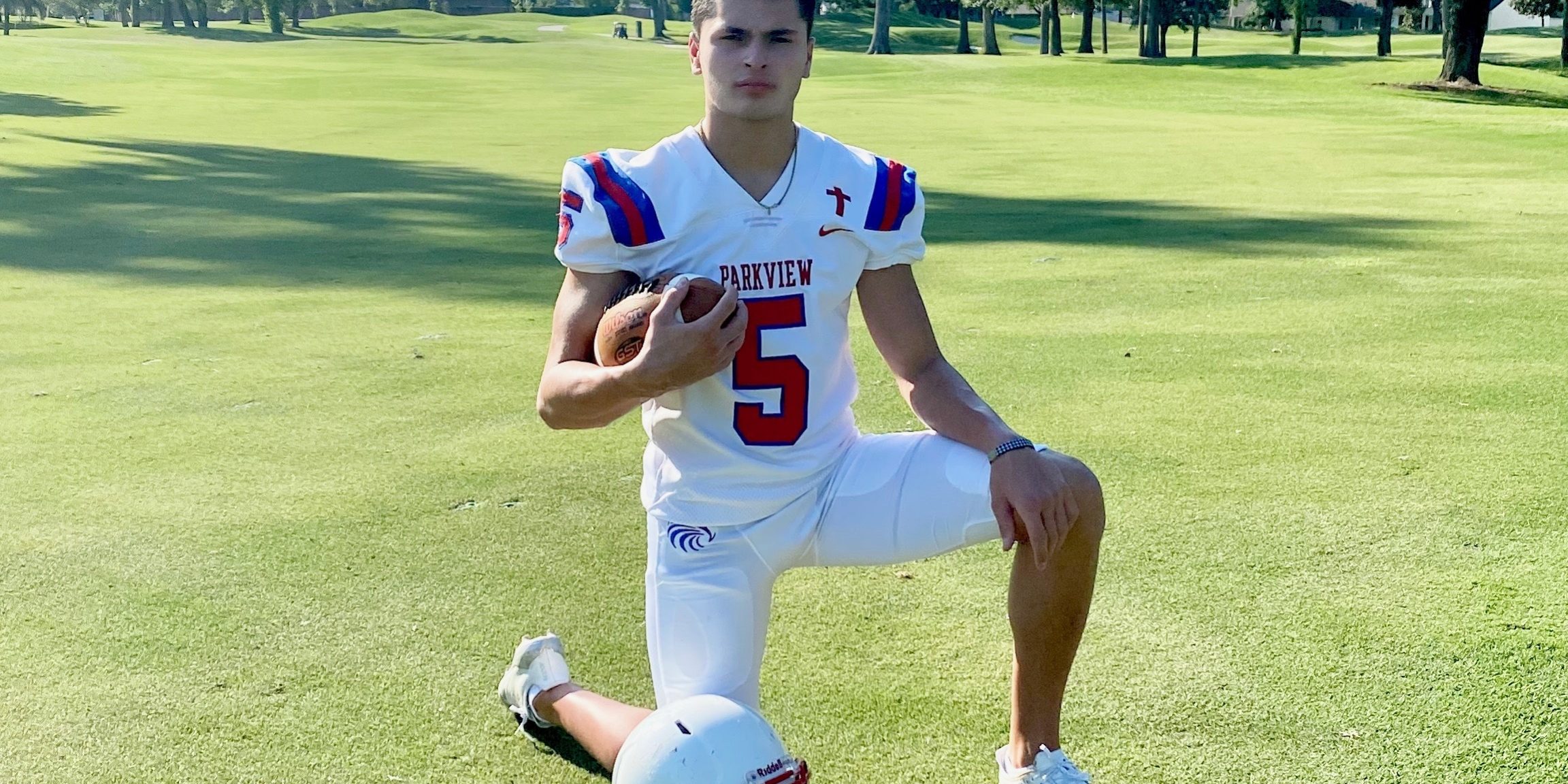 Majority of quarterbacks enjoy just playing in one offensive system, but for Parkview Baptist quarterback Roman Mula, it does not matter what the offense looks like as long as he can be put in position to do what he does best, which is make plays with his arms and his legs. With the hiring of former Christian Life Academy and Louisville standout quarterback Stefan LeFors, it was expected that the offense would become a spread offense, but it would be much more of a difficult transition considering that the Parkview Baptist Eagles have been known for running the triple option over the years under former head coaches Kenny Guillot and Jay Mayet. For a team that has been trained to run the triple option so many years, it would take some adjusting to transition into an entirely different offense, especially at the quarterback position.

“It was definitely a big adjustment, but overall, I think we did a good job adjusting,” Mula said. “Going from the triple to a more of a spread/pro offense was definitely very different. I think the biggest challenge was training my eyes to look more at the secondary. Compared to the triple option, you basically only look at the defensive line.”

The Eagles had some bright moments last season going 5-6 and making the Division I playoffs in 2019. In his first full season as a starter, Mula showed why he is one of the most talented dual threat quarterbacks in the 2021 class for the state of Louisiana by throwing for 913 yards along with running for 527 yards and combining for 17 touchdowns. In his first season with the offense, the Parkview Baptist quarterback thought that the season could have been better, but at the same time, there were a lot of positives to reflect upon.

“My biggest goal is to lead the team in the best way possible,” Mula said. “If I do my part to the best of my ability, I think we will be just fine. Last season wasn’t the best, but it definitely wasn’t that bad. It was our first year in a completely different system.”

Mula contributes his success as a first year starter to his head coach who understands how to talk to his quarterbacks being a quarterback himself.

“It’s definitely a blessing,” Mula said. “The knowledge of the game and leadership that he has as a head coach is second to none, especially since he played quarterback at a high level. It’s great have someone with that type of experience coaching us.”

Players, especially at the quarterback position, tend to perfect their strengths and work on their weaknesses. For Mula, he does know what he needs to do in both of those areas for the upcoming season.

“My biggest strength as a quarterback I would say is probably arm strength and my speed,” Mula said. “I would say I need to improve on hanging in the pocket longer when the situation calls for that. I would take off and run sometimes for a first down, but if maybe I would have waited in the pocket and looked down field, we could have had a bigger gain.”

In speaking of running as well as throwing the football, Louisiana Football Magazine’s Lee Brecheen believes that Mula is one of the best athletic quarterbacks this season. When it comes to running or passing, Mula truly enjoys doing both as long as it gives positive results.

The third generation athlete will carry on the family name as he has committed to the Air Force Falcons.

“The reason I committed to Air Force was the high level that they compete at and the life they provide after football,” Mula said.

As the Air Force quarterback commit is looking towards the future to get his business management degree, he is also looking at the present and bring the Eagles back to what they have done in their glory days, which is competing for state championships. However, in order to do just that, he and his teammates must do a lot of behind the scenes work, especially during the COVID-19 pandemic.

“During the quarantine, a couple of teammates and myself would run the levees by LSU, workout at one of our houses and throw at a field near by,” Mula said. “I would say everyone is going through the same thing. We have to continue to work as hard as we are now in order to be ready in the fall. If we keep working the way we are working now, we are going to be in great shape come the season.”

After transitioning from a spread offense to a triple option offense, Mula will go back to where he started by playing for another triple option team in Air Force.

After all, Roman Mula has been through adjustments his whole playing career, whether it is changing offenses or dealing with a national pandemic. Going through adversity and having a positive mindset are two traits that are just as important to have in a quarterback as physical traits. Luckily, for both the Eagles and Falcons, they will have a guy that is confident in both.

Click the link below to check out Roman Mula’s highlights: