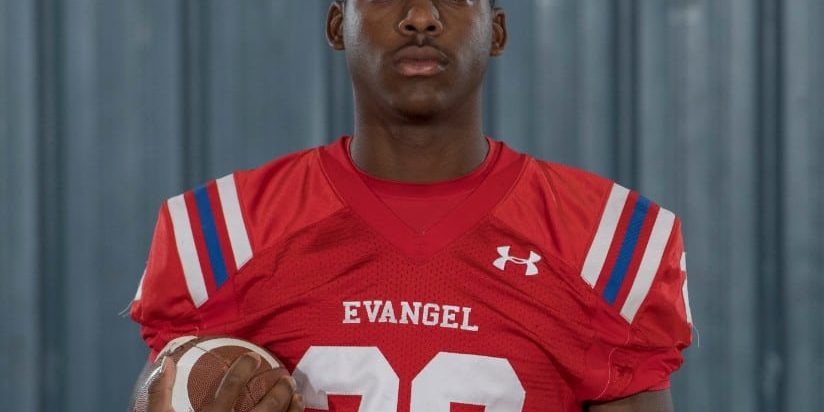 Evangel Christian Academy is not a stranger to being stacked with talent. The Eagles have solidified a spot with Louisiana’s most consistent football programs with their historic success in the postseason and emerging as a recruiting pipeline. One of the most important pieces to last year’s squad was senior safety Jarrick Bernard. Bernard is a special talent that most teams cannot say that have. The versatility Bernard posses is nearly unparalleled and he can contribute in a multitude of ways.

“I’ve been playing since I was 8 years old,” Bernard said. “Throughout my life, I’ve played every position except offensive line and defensive line.”

With ample experience at playing various positions, Bernard says his favorite was wide receiver because of the opportunities he had to make plays with the ball in his hands. Along with playing football, Bernard was elite in baseball, basketball, and track at ECA. He enjoyed being an all-around athlete, but chose to focus primarily on football.

“I was successful at in those other sports because I’ve always been an elite athlete,” Bernard said. “My commitment to football made me stop playing other sports. Football was always something I wanted to do since I was 4-years-old.”

Over the course of his time at ECA, Bernard has been presented the opportunity to play in many significant games.

“My most memorable high school game was the state championship back in 2016 against Scotlandville,” Bernard said. “The whole experience and the entire process to get to that point made it memorable.”

As a leader of that team, Bernard took great pride in the success his team experienced throughout his high school career. Bernard used being a leader to make himself better as well as his teammates.

“I accepted the leadership role and took it upon myself to influence the guys on our team to do the right thing at all times and just have fun. I always led by example and on the field,” Bernard said.

Playing under Head Coach Byron Dawson gave Bernard the opportunity to learn under one of the best coaches in the state of Louisiana. He managed to learn a lot from the Dawson and will take those lessons with him on to his next journey.

“It was an experience I will never forget,” Bernard said. “Coach Dawson instilled in me to always follow God’s principles and keep Him first. He also taught me how to be a great leader that will inspire others. “

Speaking of Bernard’s next journey, the 6-foot-2 safety will be pursuing his collegiate career at Oklahoma State University. Bernard was an early-enrollee and is anxious to get to work.

“What made me make this decision was the coaches because they build relationships with their players and the veterinary program influenced my decision to come here,” Bernard said.

He says the biggest adjustment for him will be adapting to the college life. In terms of football-related adaptations, he feels his athleticism and ability to play defensive back will help make his transition a bit smoother.

Bernard is excited to begin his path to college success and plans to use everything he has learned to his advantage.