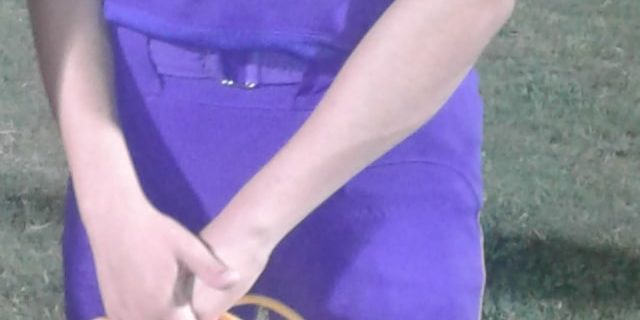 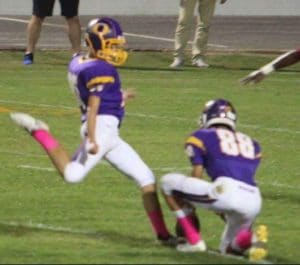 Daniel Rodriguez holds the title of being the school’s first player to perform his position in many years and that is kicker of the Oakdale High School football team in Oakdale, LA. Rodriquez is native of Miami, Florida and during his upbringing there, he was an elite soccer player winning MVP of the team five years in a row.

When Rodriquez started Oakdale his sophomore year, he was the first kicker the program had seen in a while. His first intentions when moving to Oakdale were to join the soccer program. Unfortunately, Oakdale did not have a soccer program so he decided to try a new route, which meant football. Rodriquez took it upon himself to improve on his athletic skills as a kicker. He watched YouTube videos and practiced every Sunday afternoon to analyze and critique his skills.

“The biggest challenge with kicking is having to teach myself all the techniques and adapt to them consistent for field goals, punts, and kickoffs,” Rodriguez said.

Not only is he a star athlete, but he holds an academic achievement of 4.1 GPA. Rodriguez has been apart of the Oakdale football program since his freshmen year and has done well to receive many acknowledgments. To recognize his skills, he has receive many awards such as All-Parish, All-District for two consecutive years, All-Cenla first team, and an All-State honorable mention. His record long was 50 yards long, which happened earlier this season.

Rodriguez’s plan after graduating this year spring is to attend McNeese State and walk on to their football team. Daniel Rodriguez is a versatile and hard working athlete that does not let any obstacles get into his way of succeeding.