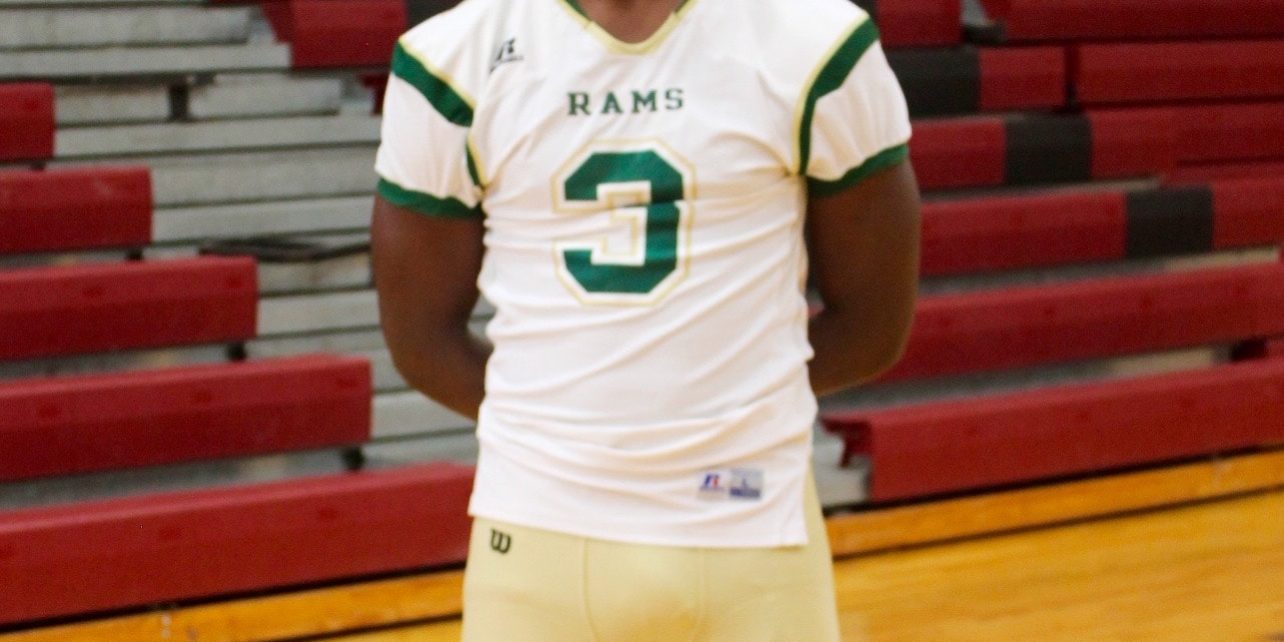 Acadiana Head Coach Ted Davidson achieved a lot during his 14 year tenure coaching the Rams including winning 77% of his games posting a 154-46 overall record, four Class 5A state championships, and finishing as the state runner up twice more. Even though this past season’s team had another strong season with a 11-3 record and reaching all the way to the state championship, this year’s team played a huge mark in Coach Davidson’s coaching career as the longtime coach retired at the end of the season. Acadiana senior LB Bishop Breaux is another prospect that Davidson is sending off to the next level and is also one of the last. Even though Davidson did not announce his retirement until the end of the season, Breaux had a hunch that it would be their head coach’s last season.

“I felt he was going to retire,” Breaux said. “I’ve known him since I was about four with my dad being a former coach and Coach Davidson is a tough hard old school coach. This year, he kinda got soft, and I noticed the other coaches were calling shots more and kinda running things a little bit. He had made me a better football player and a better person. We had punishments, rules and guidelines that taught lessons on and off the field. I couldn’t ask for a better head coach and I am forever grateful for him.”

Playing for his head coach was something that the star defensive player was going to try to do and that he did. Building off a very strong junior season in which he had 58 total tackles (37 solo, 21 assists), 14 quarterback hurries, 12 tackles for loss, seven sacks, two pass breakups, two forced fumbles, and one fumble recovery, Breaux broke out even more with 57 tackles (33 solo, 24 assists), 10 quarterback hurries, seven tackles for loss, five sacks, three forced fumbles, and one blocked kick en route to earning All-District honors as a senior. Even with all of the on field success, Breaux would have easily traded it all to go back to the Superdome. The Rams were one game away and actually needed one stop to go to the Superdome for the first time since Breaux was a freshman, but Hahnville star player Anthony “Pooka” Williams (Kansas Signee) made something out of nothing to get in the end zone for the winning two point conversion. For Breaux, that moment was hard to recover knowing that they were one play away from reaching their destination.

“It was very tough,” Breaux said. “I was lost for words. My freshman year, I moved to varsity but wasn’t allowed to travel with them to the state game in 2014. I told myself I’m going to earn a ring, and I feel like senior year was our year to take it all. To have had it end like that was devastating for everyone.”

There were still some very bright moments from this season that stick out for Breaux including defeating the defending Class 5A state champions in the playoffs.

“The game that sticks out to me the most is the second round of my senior year against Landry Walker,” he said. “That was the most exciting game I’ve ever played in on my life. I remember practicing all week and listening to Landry Walker’s band during practice because the band played obnoxiously the whole game. I was excited about the competition we were about to go against. The atmosphere was crazy and I’ll never forget that game.”

Even though Breaux will be continuing his football career, he will never forget the Friday Night lights.

“I will miss the fans,” Breaux said. “The crowd was always behind us and always had Bill Dotson stadium rocking. I will miss making plays and being recognized by the announcer and playing with my teammates. I will miss the hype and the grind.”

As far as the next level is concerned, the 6-2, 215 pound versatile defensive playmaker will send his talents to Northwestern State. For the All-District player, Natchitoches just felt like a second home.

“It is a big family,” Breaux said. “Right of the bat, I felt apart of the team. The coaching staff is brand new and their energy is crazy. The football team is like a fraternity and big brotherhood. The president is down to earth and I met him and his wife. The president lives on campus and I’ve seen a video of him running and conditioning with the softball team one morning. The school feels just like home.”

In his second home, once Breaux tries to get on campus, he will try to find his place on the dinner table as he tries to work on his game.

Even though Breaux may not be the most ra-ra guy, he is a player with a workman mentality that goes beyond his business and puts others before himself.

“After football season, I like to continue to workout and fix iPhones,” Breaux said. “I also enjoy working at the YMCA and impacting those kids. I want to own businesses and work for myself. I plan to major in industrial engineering or computer information systems and idk like to work for a company to get my feet wet then eventually start my own company and start other small businesses. I want to invest in stocks and give back to my community.”

On the field, Breaux brings a lot of versatility to his game and is an interesting prospect due to the fact that in college, he can play either safety or linebacker, but he also played defensive end at the beginning of his career.

“I prefer playing safety. Playing safety you are the quarterback of the defense, you see everything and are the last line of defense. I loved coming down hill and bringing the wood to somebody. In college, I will play linebacker,” Breaux said. “Playing D-end in high school, I modeled my game after Jadaveon Clowney (South Carolina/Houston Texans). He is big, aggressive, and fast. Going to college to play linebacker, I model my game after Roquan Smith (Georgia). He is big, very fast, and knows the game well.”

Playing multiple positions on the defensive side of the football will give Breaux an opportunity to contribute for the Demons in Brad Laird’s first year as head coach.

“My message is to relax and have your popcorn ready,” Breaux said. “Northwestern State’s football program is in for a change. Expect to see me around the community and helping out wherever I can.”

The Northwestern State community is excited to see Bishop Breaux not only giving back off the field, but taking the ball away from offenses on the field in the future.