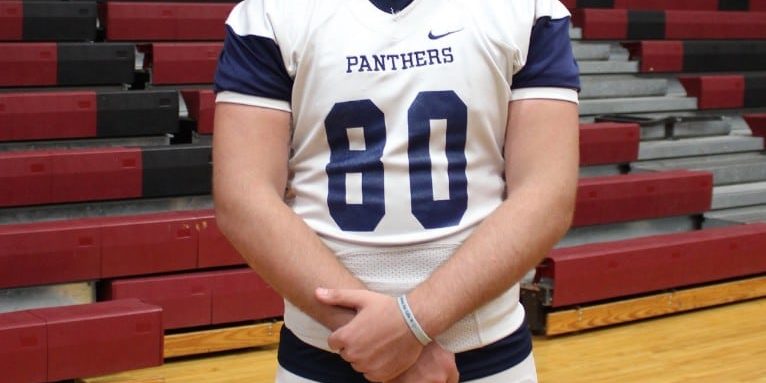 Throughout the entire state, there have been plenty of seniors that are following in their fathers’ footsteps. A father-son duo that not a lot of people have kept an eye on is Heath Panks Sr. and Jr. To fully understand how the father-son duo has become a football family, one must go all the way back to when the father Heath Panks Sr. was playing the game. As a highly recruited defensive end from Salmen High School, Panks had a very interesting path to get to playing for one of the most dominating programs in college football.

“I originally signed with LSU when I came out of high school,” Panks Sr. said. “When I got to LSU, I had to get some more credits and go to a JUCO, but at the time, if you signed a DI scholarship and attend a JUCO in between, you would have to finish and get a degree from that junior college so that is what I did. After that, I ended up going to Alabama.”

Even though Heath Panks Sr. did decide to play football for the Crimson Tide in the end, he still waited to see what the Tigers were going to do after they originally signed him.

“I was going to go back to LSU and then that was when Gerry DiNardo came in,” Panks Sr. said. “DiNardo recruited me at Vanderbilt. At the time, I had a situation back at home in which I took care of, but when I got back, Coach DiNardo told me that I could walk on and earn my scholarship. However, I was not going to walk on because I had other offers including Alabama and that was when I decided to go.”

Louisiana Football Magazine’s recruiting expert Lee Brecheen saw Heath Panks Sr. play during his time at Salmen High School and remembered how much of a great player he was during his playing days. For the readers that did not get the chance to see him play, Brecheen compared Heath Panks Sr. to a recent LSU defensive lineman except that he believes that Panks is even better.

“I saw Heath Panks Sr. play in person,” Brecheen said. “His dad was better than Christian LaCouture (LSU). He was about 6-4, 280 and he could run a 4.7/40. He and former LSU/NFL player Mike Sutton were two of the best defensive lineman that I ever saw come out of Salmen High School.”

“After I finished at Alabama,  I went to a bunch of tryouts and pro days,” Panks Sr. said.  “I went to the Albany Firebirds in the Arena League, but the pay was so little then, I couldn’t do it. From that point, the XFL came out and I came back in shape signing a contract with the Memphis Maniax. Then, a week before camp was supposed to start, the league folded. I never did anything after that. At the time, I got married and I had my daughter as well as Heath Jr.” 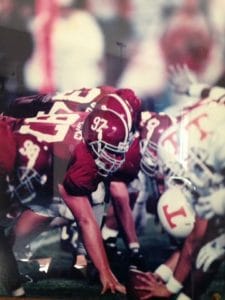 Football may be over for Heath Panks Sr., who has been involved with sales ever since the end of his football career, but that does not mean the football name has died. Heath Panks Sr.’s son Heath Panks Jr. has made a name for himself at Northshore High School, which is about ten minutes away from where his father excelled at Salmen High School. Over the last two years, Heath Panks Jr. has dominated the competition racking up 139 tackles, 85 solo tackles, 42 tackles for loss, and 16 sacks with 85 tackles, 49 solo tackles, 25 tackles for loss, and eight sacks coming in his senior year. He has also been named All-district his junior and senior year, All-Metro his senior year, Defensive MVP, Most Powerful Panther, and Most Dedicated. For the younger Panks’ senior year, it was an up and down roller coaster as the team finished with a 5-6 record, but he knew that the team could have finished on a much stronger note.

“Yeah, it sure was an up and down season,” Panks Jr. said. “We lost some heart breakers. It was an amazing feeling when I found out we made the playoffs, but it also frustrates me everyday that we didn’t go further in the playoffs because we had a state championship worthy team. I strongly believe that. Our whole team was one big family, and our defense was absolutely outstanding all season, but we just came up a little short in a double overtime loss to St. Amant in the first round.”

Having a father who has had plenty of success in his football career, it only helps to watch film and gain advice from the man that raised him. It also gives the Northshore senior an understanding of what kind of player his dad was and how he is compared as a player to his father.

“The best advice my dad has ever given me is whatever you’re doing do it at 110% and give it everything you have,” Panks Jr. said. “I have seen film of my dad from both Salmen and Alabama and I would say we are both explosive and can spot the ball quickly. Our differences are I am a little quicker than he was in high school, but other than that I’d say we play the game very similar.”

His father agreed that his son is more athletic coming out of high school, but transitioning to the next level is a totally different experience.

“The biggest advice that I have given him is that no matter where you sign and what level you play at, every person is there to play,” Panks Sr. said. “You have a lot of guys that are on scholarship, and you have to take no plays off. In high school, you can get away from taking a play off here or there, but in college, it does not work. You have to be totally committed whether you are in school, in the weight room, or on the field. However, Heath has done that over his four years in high school. It is just now he has to do it at a more advanced level.”

In speaking of translating to the next level, the All-District defensive end had plenty of options to take the next step including offers from Henderson State, Southern Arkansas, and Arkansas Monticello as well as preferred walk-ons from Southern Miss and Southeastern Louisiana University, but it was an offer from Incarnate Word that has attracted the attention of the second generation defensive lineman the most as he did sign with the Cardinals on National Signing Day.

“The main reasons I signed with UIW is first of all I’m getting my education paid for a while,” Panks Jr. said. “At the same time, I am getting to play the game I love. They also think I can come in and start my freshman year. The whole coaching staff makes me feel like I have a second family with them and we are about to do big things.”

Brecheen may not think that Heath Panks Jr. is at his father’s level right now, but he firmly believes that the Cardinals are getting a great player that has a very high ceiling.

“Heath Panks Jr. is not as big as his dad was when he was in high school, but he is quick and has good feet,” Brecheen said. “He is a sleeper that can be very dangerous once he fills his weight.”

At 6-3, 260, the Incarnate Word signee is continuing to get better and bigger when it is on the field or in the weight room. Once he arrives on campus, he is looking forward to the opportunity to show off his talents.

“The UIW nation should be excited about me because I’m one of the hardest working people you will ever meet and I’m the nicest person off the field, but once I set foot on the field, that switch flips and I turn into a whole different animal,” Panks Jr. said.

Heath Panks Jr.’s goal is to ultimately play in the NFL and have a long career. His father sees a lot of himself in his son as a player and has gotten to play at the pro level. However, right now, he wants to just enjoy seeing his son play now before looking into the future.

“At this point, with bodies constantly changing and more of a 24/7 focus on football now a days, it is really a job now,” Panks Sr. said. “I think the sky is the limit for him once he gets in the weight room and continues to develop at Incarnate Word. I can’t wait to see him develop and with the type of lineman he is, I think he is a guy that can contribute early for them. There may be a lot of older guys as well as much bigger and stronger guys on the line over there, but there are not going to be many as far as being a football player and being the athlete that he is. I truly believe that.”

Regardless of what the future holds for Heath Panks Jr., his dad knows how proud he is to see his son carry on the family tradition.