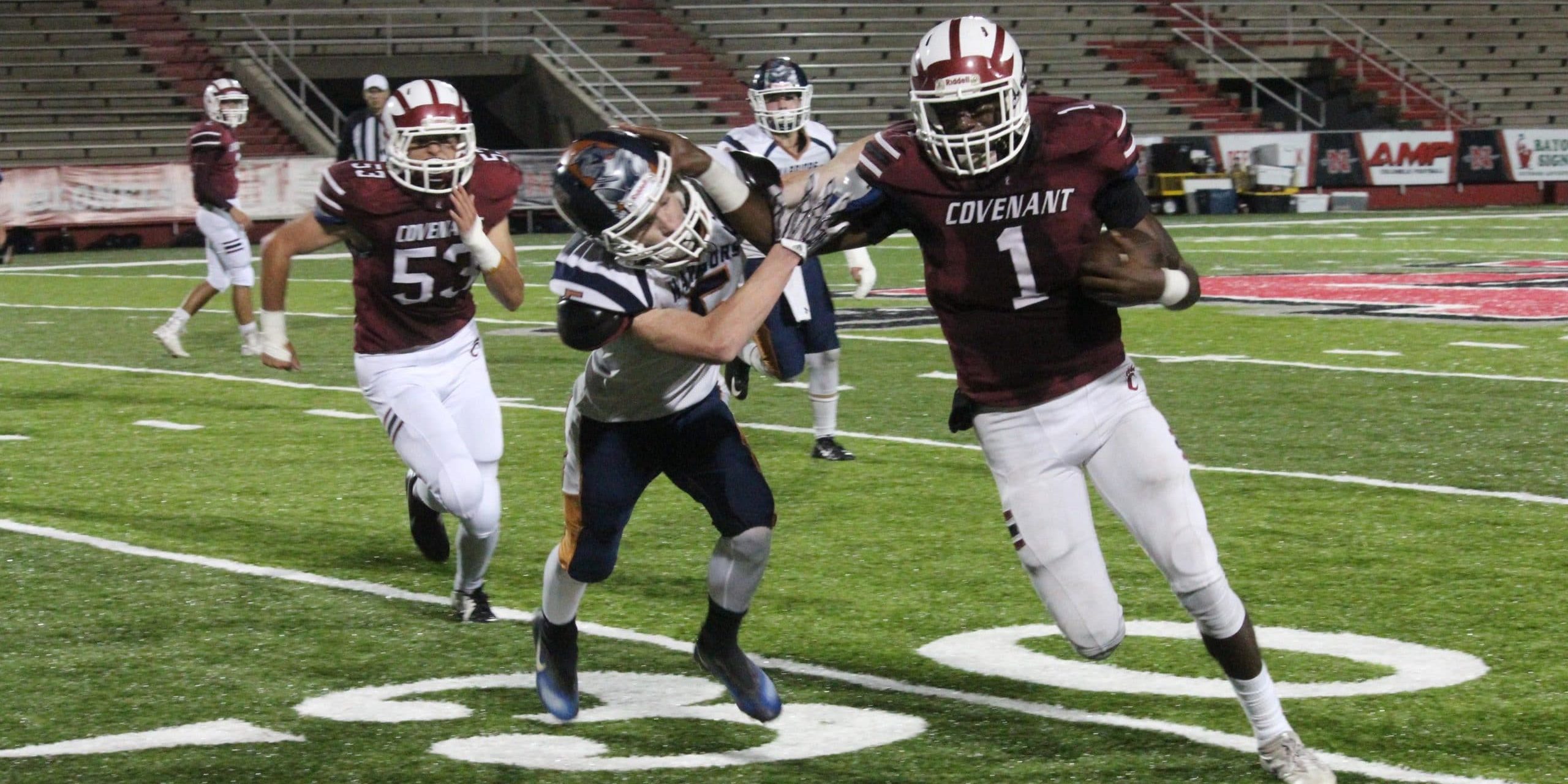 Covenant Christian senior athlete Devante Johnson is an elite two-sport competitor with an infinite level of potential. Throughout high school, Johnson received loads of attention in football as well as basketball. Johnson refers to basketball as his “secondary spot” due to how well he played.

“I was pretty successful with basketball, getting 1st Team All-District and All-State Honorable Mention,” Johnson said.

Johnson will further his education at Nicholls State University, where he will continue to play football and basketball. With this being very unconventional, he acknowledges it will be a demanding grind physically, but worth going through.

“It will be very challenging, but my first priorities are school and football,” Johnson said. “I will also help the basketball team in whichever way I can to win. It will be a lot on my body, but I will push myself mentally and physically to get it done.”

On the field, Johnson played in multiple positions offensively for his team. These positions included running back, wide receiver, defensive back, and quarterback. Some players could find it overwhelming to be counted on to produce at different positions, but Johnson relished it.

“I enjoy playing any skill position on offense so that I can help my team win,” Johnson said.

Playing with a chip on his shoulder was something Johnson took pride in. Proving doubters wrong and putting on a show was huge motivation for Johnson every time he suited up whether it be football or basketball.

“Someone once bet me $100 I would not score on them because of how good they were, but I scored twice and the first one was within the first four or five plays,” Johnson said.

He says playing in such a competitive environment made him a better player and it gave him the opportunity to show everyone what he can do. Over the years, Johnson became became accustomed to being held accountable. However, he admitted it was tough being the leader at times.

“I became a leader on my team during my junior year with three other seniors and it was not easy, but I did it,” Johnson said. “I always encourage my teammates to want to do better. That way, in their senior year, I could go back and watch them sign to a college.”

Pushing his teammates to be the best version of themselves was something Johnson took very seriously. Covenant Christian Academy head  basketball coach Troy Jackson had a vital role in molding Johnson into the young man he is today. Jackson has taught him lessons that Johnson will carry on for the rest of his life.

“He is the reason I am the person I am today,” Johnson said. “He has been with me since the seventh grade and has been pushing me ever since. He motivates me to keep pushing myself and gives me the confidence I need to keep working. Without him, I don’t know what I would be doing.”

In terms of what Johnson wants to accomplish, he wants to continue to produce athletically and academically.

“My personal goals are to maintain at least a 3.5 or higher in the classroom, be an all-conference player, win player of the week twice, and help them [Nicholls] go past the first round of the playoffs,” Johnson said.

Devante Johnson is the type of player that will be a valuable asset to Nicholls State’s program on the field and on the court. He is very athletic and capable of doing things many other players cannot do. As he continues to improve, he is poised to emerge as a core player for the Colonels.