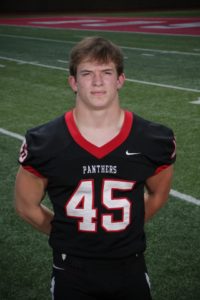 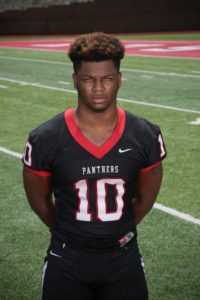 The Parkway Panthers have received a lot of noise in recent years thanks to a lot of the big time talent that has gone through the football program. Most notably, players such as Brandon Harris (LSU/North Carolina), Keondre Wudtee (Oklahoma State), Justin Rogers (TCU), Terrace Marshall (LSU), Israel Mukuamu (South Carolina), etc., the Panthers have established themselves as a recruiting breeding ground. In 2017, a lot was expected out of first year Head Coach Neil May especially with one of the best quarterback wide receiver duos in the state featuring Rogers and Marshall. Unfortunately, both players suffered season ending injuries early in their senior years. Instead of giving up, the Panthers showed resiliency and fought hard finishing with five wins and making the playoffs. This year, a lot of those players that contributed and stepped up due to injuries had to step up and become leaders. That is what the big senior group did. Once again, the Panthers played hard in a very tough 1-5A district and finished once again with five wins. Although the names may not stick out like a lot of names in the past, there is still plenty of talent at Parkway High School. In fact, there are plenty of seniors that have a chance to play according to Louisiana Football Magazine’s recruiting specialist Lee Brecheen. 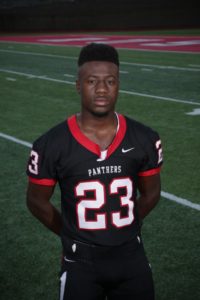 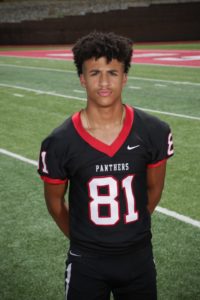 “Offensive lineman Christion Rayner is a player that I think can sign at the I-AA level,” Brecheen said. “He has good feet at about 6-2, 260 pounds and can play either center or guard at the next level. Codie Bickel is a 6-2, 215 pound linebacker and I think he is a big time D-III player.”

“Connor Cloinger can play either offensive guard or center at the D-III level,” Brecheen said. “CB Arthur Joseph is a 5-7, 170 pound cornerback that can play at either the D-II or D-III level.”

“Ted Nelams is a I-AA cornerback or safety,” Brecheen said. “Punter Caleb Reese can play at either the D-II or D-III level.” 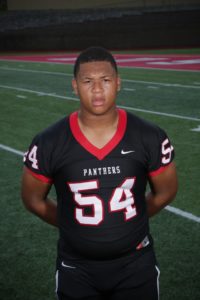 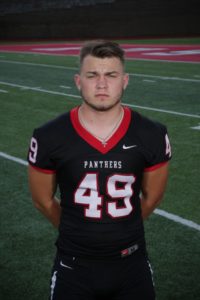 “The biggest recruit name is Deriyon Eloph,” Brecheen said. “He is a center at 6-1, 275 pounds and I think he is a DI player, but I think is going to go I-AA. His older brother Kameron Eloph plays for the University of Houston. Also, senior DT Brandon Nelson can play somewhere with his 6-2, 295 pound frame.”

“OG Jonathan Beiger is 6-2, 260 pounds and can be a sleeper at the D-II level,” Brecheen said. “The guy getting the most looks right now is Rayshion Cook. At 5-10, 215 pounds, he played both running back and linebacker. He is probably going D-II, but can play at the I-AA level.”

“Finally, a player that can go DI is Amani Larry,” Brecheen said. “He missed a lot of the season due to an injury. He played quarterback for them, but I also think he can be either a slot receiver or corner at the DI level.”

Also, according to Brecheen, there are a couple of more guys like DT Romeo Winston and RB Alija Barnett that also have a chance to play. This class might not have the biggest names, but it is a deep class with plenty of players that can play at the next level. 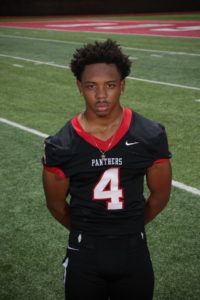 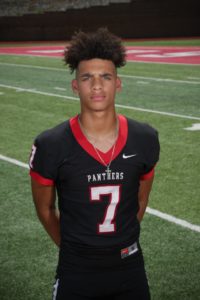 In speaking of the next level, Larry, who made the cover of our North Louisiana magazine and made the All-North Louisiana team, has made the decision of what he wants to do in college. Like mentioned before, Larry is a very talented athlete that not only can play multiple positions, but can also play different sports. The 5-10, 187 pound dual threat quarterback has an offer from South Arkansas University, but to play baseball.

“I’m going to play baseball in college,” Larry said. “Even though I am not playing football anymore, I am going to miss playing with my brothers at Parkway as well as the bonds we made since Day 1 when we stepped foot on campus and the memories we created that will last a lifetime.”

So far, other players including Cloinger and Eloph are trying to get opportunities at the next level, but so far, have not received any offers. Still, the friendships and bonds that were created by this senior class will help the Parkway Panthers become an even more dominant program for the upcoming years. No matter what happens for these Panther seniors, they know that they will always have the memories of playing in the red, white, and black. 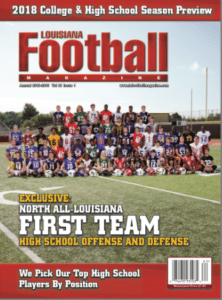 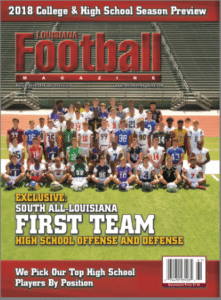