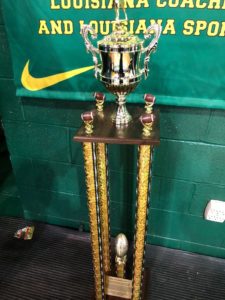 The trophy presented to Lee Brecheen for his coverage of Louisiana high school football over the last 30 years. (Photo taken by Lee Brecheen) 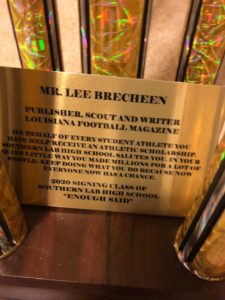 Unsurprisingly, it was another productive National Signing Day for the Southern Lab Kittens. For this Baton Rouge powerhouse football program, Signing Day is always an expected event on the calendar according to longtime assistant coach Kevin Augustine.

With a 9-4 overall record and a Division IV semifinal appearance, there was no question that talent was one of the major keys why the Kittens have been so successful not only this past year, but years prior.

In all, there were six senior Kittens that have signed to play football at the collegiate level, which is not a bad number considering it is only a Class 1A school.

One of the Kittens does not even have to move as senior cornerback Michael Wicker (6-0, 175) has signed to play right down the road with the Southern Jaguars. 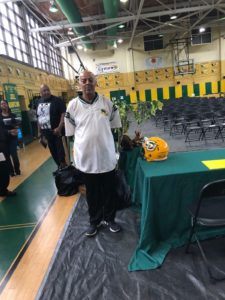 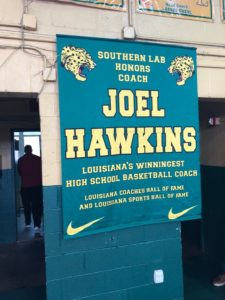 Senior offensive lineman Nicholas Smith (6-2, 300) has also decided to stay in state by signing with the Louisiana College Wildcats.

Even, first year starter Kenyon Andrews (6-3, 190) signed with Tennessee State after having a big splash in his first and only season with the Kittens getting Co-District Defensive MVP honors. Andrews chose the Tigers over nearby Southern and Texas Southern.

The biggest announcement of the day was star wide receiver Reginald Johnson’s decision to sign with the UL Ragin’ Cajuns. This was a big time pickup for Billy Napier’s staff as Johnson was an on time Houston commitment. The All-State selection had a dominant season posting 65 catches for 1,306 yards and 20 touchdowns as a senior. The Louisiana Football Magazine 1st Team All-South Louisiana Preseason selection chose the Ragin’ Cajuns over the likes of Houston, Virginia, Louisiana Tech, and ULM. 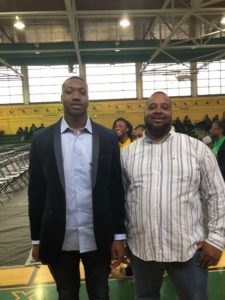 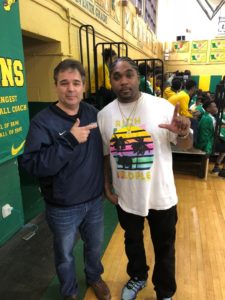 Star LB Jabar Triplett also made his commitment official by signing with the Arizona Wildcats, whom he announced his commitment to back in the early signing period. The three star linebacker chose to play for Coach Kevin Sumlin over other DI programs including Oklahoma State, Texas Tech, and Colorado State. After posting 176 tackles, four interceptions, three interceptions returned for touchdowns, ten sacks, four forced fumbles, and two fumble recoveries in two seasons, Triplett is looking to carry on the tradition of producing successful collegiate players.

In speaking of successful collegiate players, three former Southern Lab Kittens and members of the 2019 LSU National Championship team in Kardell Thomas, Tyrion Davis-Price, and Damone Clark came back to help support their former teammates. Also, all three were honored with a purple trophy to help celebrate bringing a National Championship back to their hometown. 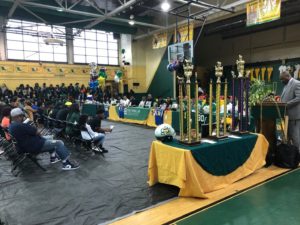 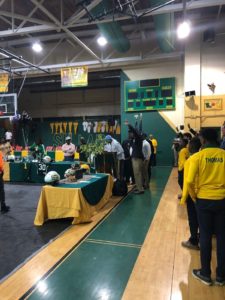 The players were not the only ones being honored at the Signing Day ceremony. WAFB’s Steve Schneider and Jacques Doucet were honored for their television coverage over the years promoting Baton Rouge football with its Sportsline Friday Night segment. Also, our very own Lee Brecheen was honored for his 30 years in promoting Louisiana high school football over the years. Recently, Coach Augustine broke down the news to Lee on our podcast a couple of weeks ago.

“We are going to celebrate the Class of 2020 along with Louisiana Football Magazine because Lee Brecheen’s story has to be told,” Augustine said. “It started off as a small sports magazine and now it has grown to all over the state and all over the country.”

As one can expect, Lee was humbly grateful for this honor.

“I want to thank Coach Asberry, Coach Augustine, and the whole Southern Lab administration for this honor,” Brecheen said. “They honored me for the last 30 years covering many of their players. A lot of their players that were on our cover went on to do some incredible things at the next level. Guys such as Marcus Spears, Chad Jones, Delvin Breaux, Kardell Thomas, Tyrion Davis-Price, and Damone Clark were all at one point on the cover of our magazine. It comes to show the success of this program over the years.”

Knowing the home grown talent in Baton Rouge, it looks like there will be plenty of more celebrations for the Southern Lab High School community for years to come!