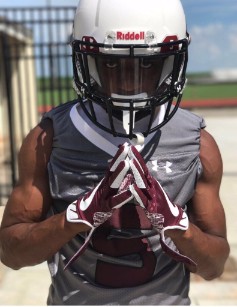 Road To The Dome: LHSAA Class 1A Semifinals Preview

Road To The Dome: LHSAA Class 1A Semifinals Preview

20 teams are down and there are only four more left to go. Four teams remain standing and all four of these teams have one goal in mind. That goal is to be one of nine teams in the end holding a state championship trophy. For Louisiana football fans, this is the most wonderful time of the year. It is our version of “March Madness”. This year, we got you covered as for the next couple of weeks, we will go through all of the matchups from 1A all the way to 5A private and public each and every week leading up to the All-State Sugar Bowl/LHSAA Prep Classic from December 13th-14th. Louisiana Football Magazine’s recruiting expert Lee Brecheen and editor Jace LeJeune give their insight on which teams will survive and continue their march to the State Championship.  Today, we preview the Class 1A public division semifinal playoff matchups. This week, we will find out which teams will be battling it out for the Class 1A state championship.

Game Preview: The Oak Grove Tigers are one game away from trying to avenge its state championship loss a season ago, but first, the team must get through the Logansport Tigers, which is a team that is coming off a red hot seven straight wins after starting the season at 0-5. Logansport has saved its best team performance against the number one seed West St. John Rams in a 22-14 victory thanks to an outstanding performance by senior Patrick Mims, who accounted for over 220 total yards and a touchdown in the win. It was a big win for Kevin Magee and his squad as the Rams have knocked Logansport out of the Class 1A playoffs over the last two seasons. Now, Logansport will try to get back to the Super Dome for the first time since 2016 when the team faces off against the Oak Grove Tigers. The Oak Grove Tigers, under head coach Ryan Gregory, have been dominant over its last four victories scoring over 50 points during that span. Oak Grove will rely on arguably the biggest defensive line in all of Class 1A led by Kansas commit Kenean Caldwell and Louisiana Tech commit Burt Hale, who are both 320 pounds up front. Luckily, the Logansport offensive line is a veteran group and has size to contend with the nasty front, which is the Oak Grove Tigers. Even though both teams have great athletes in Mims for Logansport and Otis Moore for Oak Grove, this game could especially be determined on the line of scrimmage.

Game Preview: While the first matchup may be decided on the line of scrimmage, this game between the Oberlin Tigers and the White Castle Bulldogs may come down to the athletes on the edge as the Bulldogs have a dynamic dual threat quarterback in Javier Batiste, who has over 2,000 yards and 30 touchdowns throwing and rushing, and also, the versatile Marcus Williams, who can play running back, wide receiver, and even quarterback when Batiste was hurt. The Tigers also have two great skill players as well as the team will rely on Trevor Rider and Collin Chatman, who have combined for 2,682 rushing yards and 33 touchdowns. An interesting fact about this game is that this is the first time both teams have faced since both teams faced each other in the semifinals back in 2010. The Bulldogs, under head coach Aaron Meyer, are looking for a similar result the second time around as the team went on to win the Class 1A state championship in 2010. Meanwhile, the Tigers, under head coach Durrell Peloquin, are trying to continue its dream season as the team is the only undefeated team remaining with a 12-0 record. Both teams are coming off quarterfinal wins against familiar district opponents. The Tigers are coming off its second victory against the Basile Bearcats this season by a final score of 48-12, while the Bulldogs also got its second victory of the season against the East Iberville Tigers by a final score of 14-0. It should be a great matchup between one of the most athletic teams in White Castle against one of the most veteran and experienced teams in Oberlin for a chance to go to the Super Dome.

Win-Loss Records For Class 1A Picks (At Conclusion of Quarterfinals):