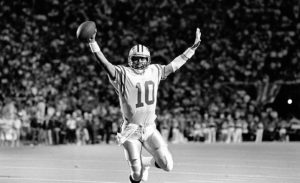 Rhett Guidry is a senior tight end and defensive end at Dunham High School in Baton Rouge, LA. Guidry is known for his versatility between both sides of the field. During the 2018 season, he had four total touchdowns, 28 tackles, three forced fumbles, one fumble recovery, 9.5 tackles for loss, and 4.5 sacks. It didn’t take much for Guidry to get introduced to the sport because his dad, Mickey Guidry played quarterback at LSU. He began playing in middle school where his dad was his coach.  The biggest challenge Guidry says he faced are injuries.

“My sophomore year, I got tackled and landed on my neck and had to be carted off the field immediately to the hospital,” Guidry said. “That was a scary moment in my life and really made me question what I was going to do moving forward.”

Along with that injury, earlier this year he sprained his ankle in the jamboree, but continued to play week after week.

“To this day, it still bothers me, but being that it’s senior year, I want all the playing time I can get.”

Guidry was asked how do you continue to better your performance as a tight end, defensive end, and as an overall player.

His response was, “Weight room, film room, and practice field”.

He says he used the offseason to get bigger stronger and faster, while during the season he focuses on watching film on both sides of the ball for defensive end and tight end. He recognizes the younger guys for doing a great job of working hard on the scout team and making his performance better.

The biggest lesson Guidry has learned from football is resilience.

“Going into high school football I was 6-2, 170 pounds,” Guidry said. “I was amazingly uncoordinated, and never touched a weight rack before then.”

He describes the challenges of competing against the first team during practice, watching guys rep out 225 in bench, and being ineligible freshman year as tough but it helped contributed to the athlete he is today. His training during the offseason first led him to 190 pounds, then 205 lbs his junior year, and currently now 6-5, 220 pounds.

Guidry’s top schools are LSU, Cornell, Tulane, Louisiana Tech, South Alabama, SMU, Penn, and Rice. He still does not have an answer to what school he wants to attend, but mentions the greatness of each college.

“I’m deciding to finish out my season strong and see what opportunities present themselves after.”

Click the link below to check out Rhett Guidry’s highlights: 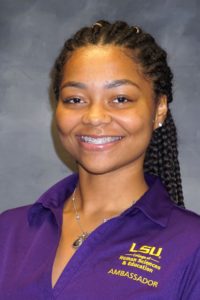