Mentorship Academy’s Four Talented Seniors Give The Sharks Their Bite 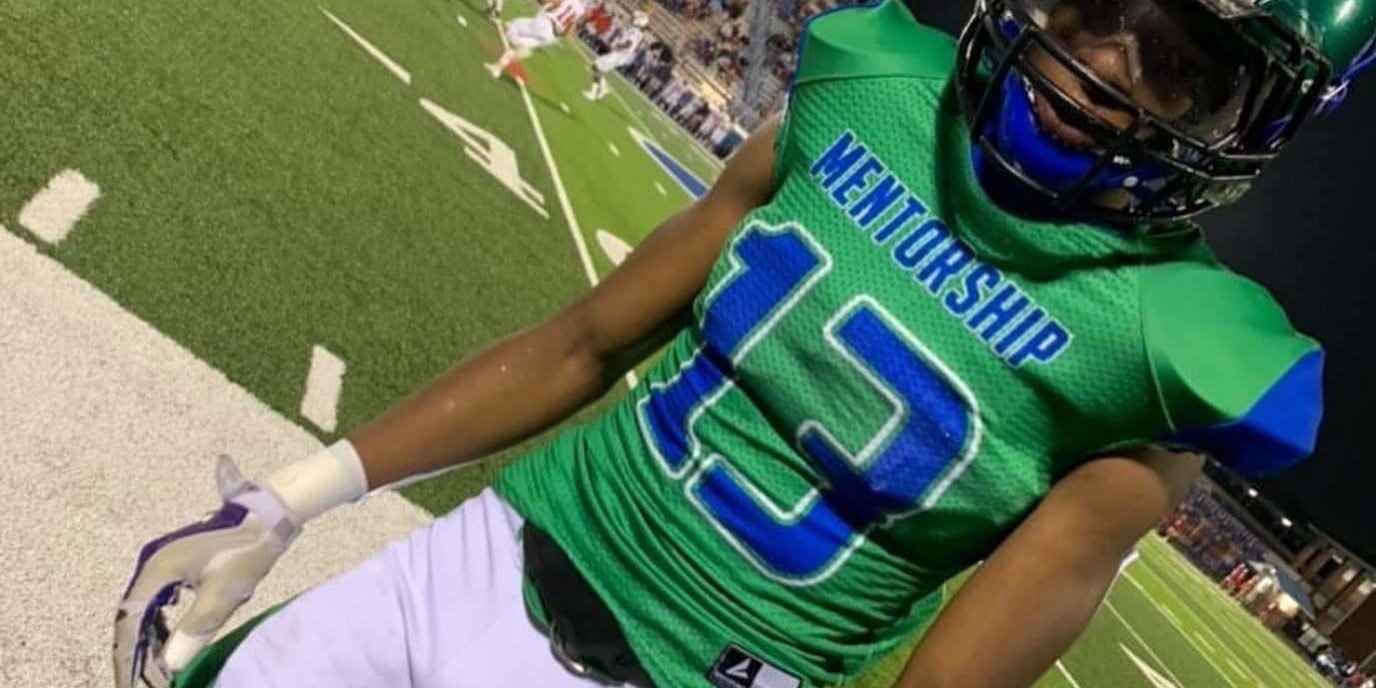 Mentorship Academy’s Four Talented Seniors Give The Sharks Their Bite

Mentorship Academy has four players that are highly skilled and are D1 caliber players. They are Jason O’ Conner, Cameron Jackson, Varon Douglas, and Armarieus Follins. This year, the Sharks are 1-2 on the season, but there is plenty of talent on this squad.

Jason O’ Conner is 6’6 and weighs 240 pounds playing primarily defensive end or outside linebacker. He takes tremendous pride in running after the ball on every down. The part of his game that he wants to improve the most is, “make my presence feel known even more”. He also likes to play basketball and work out when he has free time away from football. As far as what he looks for most in a college it is, “how the coaches will develop me as a young man, will they make me a better athlete, and most importantly will they lead me on the right path”. His top schools are Memphis, ULL, and Southern Miss among others.  In the class room he posts a 4.0 GPA.

Offensive Lineman Cameron Jackson is 6’7, 275 pounds and has an 85-inch wing span. He can bench 230 pounds, squat 300 pounds and power clean 185 pounds.  He says that he is modeling his game after Detroit Lions tackle Penei Sewell and talked about how dominant he is. When asked about the best part of his game he said, “is to being flexible enough to stay low and still move my body at the same time”. The thing he wants to improve on most is his foot speed and hand placement.

Varon Douglas is cousins with 2020 Heisman Trophy winner and current Philadelphia Eagle DeVonta Smith. Playing on both sides of the ball at wide receiver and safety for the Sharks, he weights 204 pounds and stands at 6’4. He wants to improve on his, “speed and agility” as well as his, “catching ability”. The best part of his game on offense he says is, “how I come off the ball, my release off the line and how I highpoint the ball”. When asked what the best part of his defensive game was, he responded by saying, “how I cover ground faster than other players on the field, how I play aggressively, how well of a tackler I am, and how I read the offense”. He models his game on both sides of the ball after some great players in the NFL such as DeVonta Smith, Davante Adams, Doug Baldwin, and on defense after hard hitting safeties like Jamal Adams, Cam Chancellor, and Derwin James.

Armarieus Follins is a defensive back who is 6’1 and weighs 185. Having interest from schools like ULL, ULM, and Louisiana Tech. Armarieus feels that the part of his game that he could improve on would be, “my speed and my ball skills”. He models his game after Los Angeles Ram Jalen Ramsey. He says that the best part of his game is his, “athleticism and my aggressiveness”. The thing he looks for most in a college is, “giving me opportunity for my mom not to pay for college and also help me get ready for the next level”.