Lutcher Bulldogs Seniors Will Not Be Alone Playing Collegiate Football 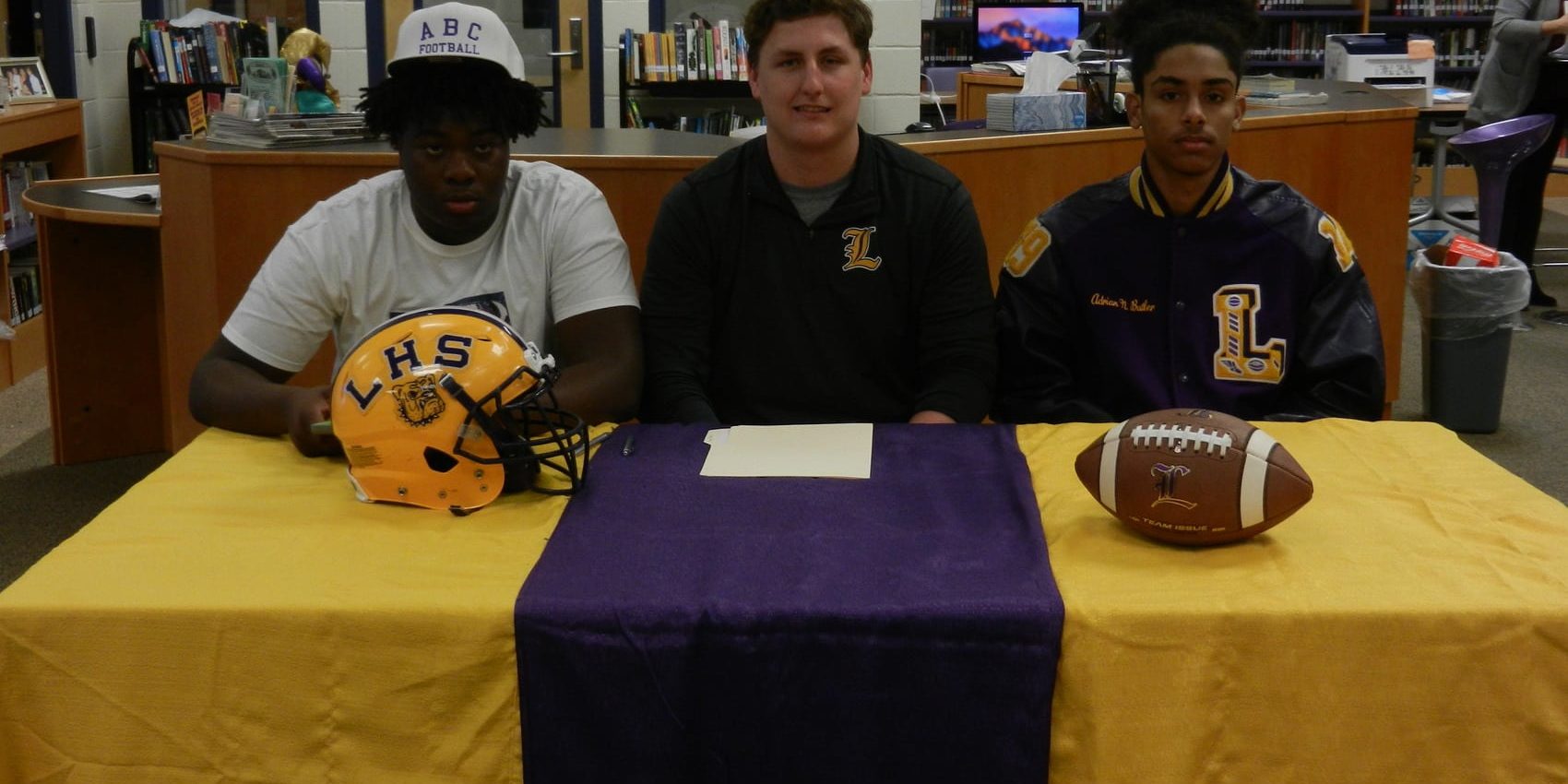 Lutcher Bulldogs Seniors Will Not Be Alone Playing Collegiate Football

For one of the strongest football programs in not only the River Parishes, but also in the entire state of Louisiana, National Signing Day has become a yearly event for the Lutcher Bulldogs and its senior players. This year, it has been another success for the Bulldogs under Head Coach Dwain Jenkins. Unlike a lot of other Lutcher senior classes in the past, which experienced lots of winning seasons and championships, this year’s senior class has experienced both the highs and lows. As freshmen and sophomores, these players experienced the highest of highs winning back to back Class 3A state championships. Even though these players may not have seen the field as much as they do now, they played a big role on those state championship teams. However, the next season, the Bulldogs posted a surprising losing record at 4-7. Still, this group did not let that define who they were and the team bounced back with a 6-5 record this past year. For this team, they started off really strong and even with a bump in the road, the team was able to finish back on a strong note. For all the hard work and dedication, there are currently four Bulldog seniors that are taking their talent to the gridiron at the next level. Louisiana Football Magazine’s Jace LeJeune caught up with Coach Jenkins as he gave his thoughts on his seniors, where they signed, and what role they played during their tenures at Lutcher. Also, Louisiana Football Magazine’s recruiting specialist Lee Brecheen gives his analysis on what types of players the signees can be in college. The good news about the college transition for these players is that there are two separate pairs that are signing with the same school. 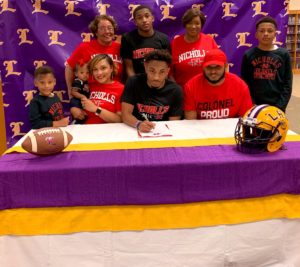 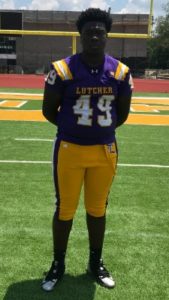 These were the four seniors that have already made their decision of where they want to go, but according to Coach Jenkins, there maybe another late signee.

“We have Joshua Taylor, who has received some offers from some D-II schools,” Jenkins said. “He has been offered by Louisiana College, which is a D-III school, so he has some opportunities to play, but he has yet decided what he is going to do.”

“There is also RB/CB Dajun Brown,” Jenkins said. “He has a couple of opportunities right now especially at the junior college level, but he is going to take some visits before he decides what he wants to do as well.”

According to Brecheen, there are some other players including Taylor and Brown that have not yet signed that could potentially find a home somewhere playing college football.

“C/OG Joshua Taylor is a tough player with good feet,” Brecheen said. “He is not really big at only 6-0, 250 pounds, but I am really impressed with his feet. He could walk-on at the I-AA level and start within a year or two.”

“Finally, if QB Kolby Bourgeois decided to play football in college, I think he could play at either the I-AA or D-II level,” Brecheen said. “He is a good player and has a great arm as a lefty.”

There is a chance that any of these players might sign late in the end, but regardless, it has been a successful signing day for the Lutcher Bulldogs and it should be even a bigger one next season with a lot of talent in the 2020 class for Dwain Jenkins’ squad.