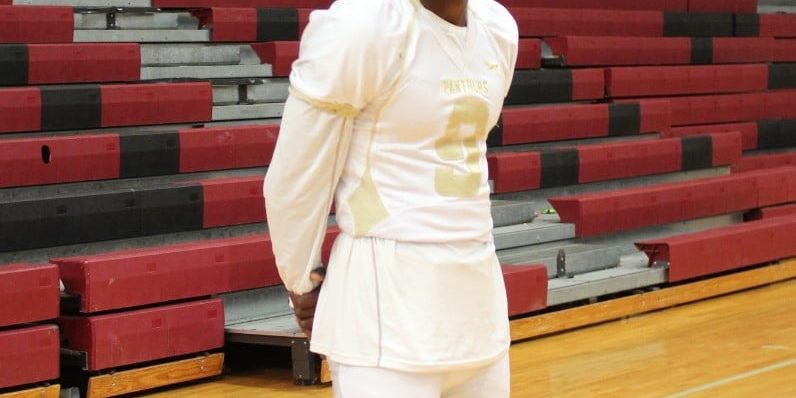 Berwick High School senior WR Kenan Jones has helped put the Panthers right back on the map as a football program once again. Jones is the first LSU football signee for the Class 3A school since 1924. Help bringing a program back to a competitive level is something that he was born to do.

“To be honest with you, I really don’t think nothing of it because it’s what I’m supposed to do,” Jones said.

Based on Jones’ 6-3, 200 frame, 4.44/40 speed, and physicality, there are not a lot of things that Jones can’t do. The star wide receiver was named All-State in both his junior and senior year with 92 catches for 1,795 yards and 17 touchdowns in those two years combined, but it was just not on the gridiron that Jones made an impact. He also dominated in track and field winning three state titles at the 2018 LHSAA State Indoor Track Meet as well as winning the 2017 LHSAA state outdoor titles in the long jump and triple jump to go along with a second place showing in the high jump. Jones has dominated the opposition so much that he has even forgot some of his stats and accomplishments.

”To be honest, I could have cared less about my stats,” Jones said. “I really don’t know them.”

What the four star wide receiver really cares about is winning and being among the best.

“I just want to become the best player that I can and to hopefully win a national championship,” Jones said.

Being one of the top players from Louisiana, Jones had a lot of opportunities to play for many conference and national championship contending programs such as Florida State and Ole Miss, but it was the local LSU Tigers where Jones wanted to achieve his goals.

“I chose LSU because of the family feeling I have when I go and the competitive nature that goes on in the program,” Jones said. “I love the energy Coach Ed Orgeron brings to us as a team, and the fact that he believes that we can beat any team we face.”

With that being said, he firmly believes that the Tigers are more than capable of ending the team’s losing streak to the Alabama Crimson Tide soon.

“I can’t wait to play Alabama the most because I know the fans are waiting to see that game and this is the class to beat them,” he said.

To beat a team like Alabama, you have to prepare and execute. Right now, that is what Kenan Jones is trying to do on the football field as he hopes to make an impact for the Tigers early on.

“Right now, I am working on my route running and my footwork,” Jones said.

Jones is a motivated and driven player, but yet he also needs to relax and lay off some steam by using his artistic talents.

” I like art and I can draw most things I see,” Jones said.

Known as LSU WR U, Jones is one of the big names, at the receiver position, that have signed with the Tigers including some of the other great Louisiana receivers such as Terrace Marshall Jr. from Parkway High School, JaMarr Chase from Archbishop Rummel, and JaRay Jenkins from Jena High School. Being one of the four top receivers in 2018 signing class is a bond that is shared among them and their relationship will get even stronger together. However, they are all competing each other and bring some element to the table in the receiver room especially Jones.

“We are all cool with one another, but I feel my physicality is what sets me apart from the others,” Jones said.

Not only is he big, physical, and fast, but he is also motivated to be the best as he strives himself to be a top receiver one day just like his idols Dez Bryant (Oklahoma State/Dallas Cowboys) and Julio Jones (Alabama/Atlanta Falcons).

“Once I catch the ball, I can do whatever I feel is needed to be done to score,” Jones said.

Even though Kenan Jones has God given ability, he admits that he would be nowhere he is now without the support of his family, friends, and people that had faith in him.

As far as when it comes time for the LSU fighting Tigers to hit the field next fall, he is ready to be a part of a squad that is willing to prove the doubters wrong.

“Just come to the game, and we’ll put on a show every time we step out,” Jones said.

When Kenan Jones steps on the field, he will be one of those players that is capable of doing just that.