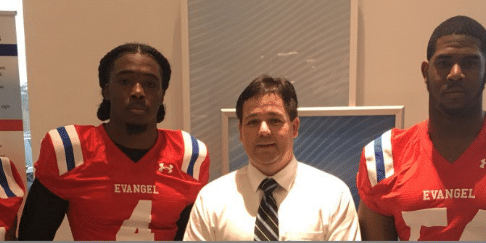 On Monday December 18th, we had the privilege of going to Marketplace Chevrolet Buick in Stonewall, Louisiana in order to interview some of the best high school football players and coaches in the Shreveport area for our T.V. show. There was a great turnout as the list of people below were there to get their own one on one interviews with LAFM TV host Lee Brecheen. Also, there are a couple of pictures of some of the players and coaches along with Lee Brecheen at the event.  On our last show, we were able to show Lee’s sit down interviews with Parkway senior WR Terrace Marshall Jr. as well as the Evangel Christian trio of Davin Cotton, Micah Baskerville, and Ar’Darius Washington. All four of these players talked about National Signing Day as well as the LSU Tigers before all of them except Washington went on to sign with the Bayou Bengals in the early signing period. Stay tuned to LAFM TV for the rest of the season as we will air a lot of these interviews on our TV show. The interviews that we have not played will be played on our T.V. show next season. Overall, we like to thank Marketplace Chevrolet along with John Adams and staff for helping put on this event. We could not do the event without them and are looking forward to having this event in the future.

Coaches and Players that participated in the T.V. Show event along with the schools that they are associated with:

Pictures from event below are provided by Marketplace Chevrolet Buick Staff: 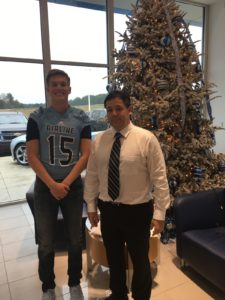 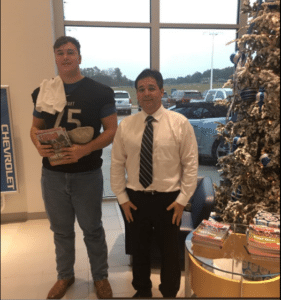 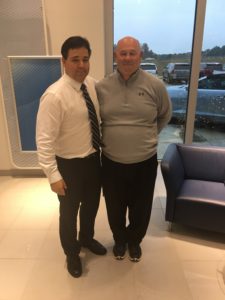