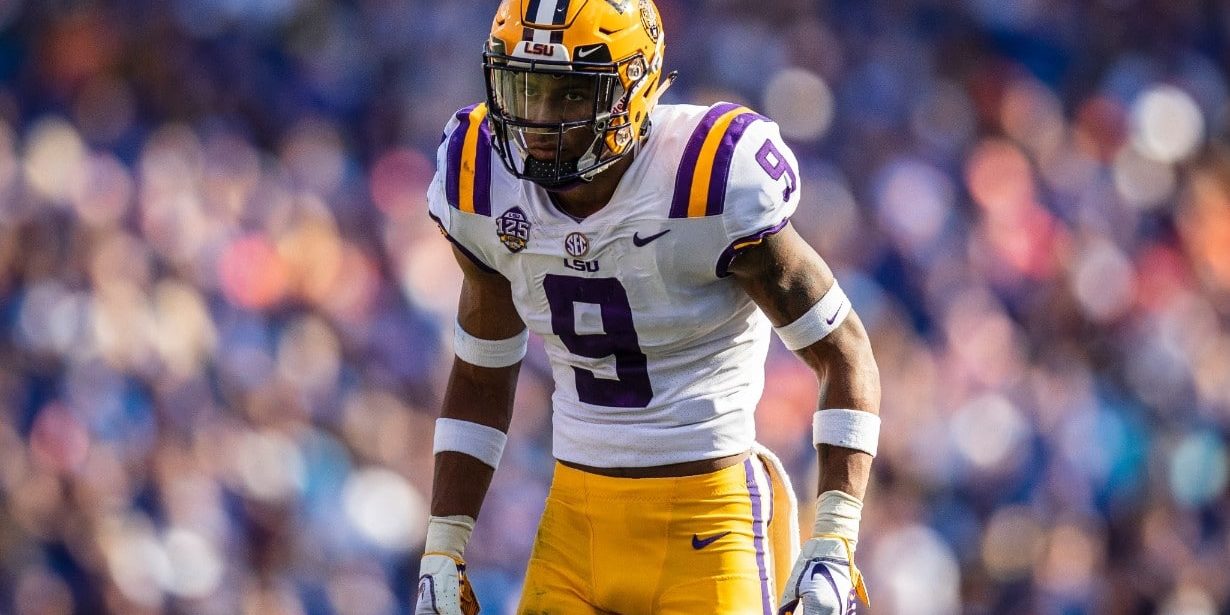 Second Round: (Louisiana Natives or Louisiana College Football Players Only) 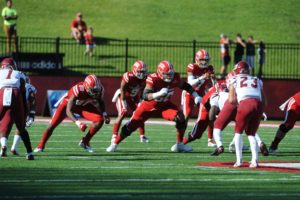 Journey To NFL: From Burkeville High School in Burkeville, Texas, Robert Hunt signed with the UL Ragin’ Cajuns in 2015. After redshirting as a freshman, Hunt broke out onto the scene starting nine games as a guard. The following season as a redshirt junior, Hunt made 2nd Team All-Sun Belt forming a great one-two guard punch with fellow teammate Kevin Dotson (Plaquemine). As a redshirt senior, Hunt saved the best for last his final year. Despite missing the second half of last season due to injury, Hunt was dominant in his seven games played to be named 1st Team All-Sun Belt. Leading one of the top rushing attacks in the country, Hunt was invited to the 2020 Reese’s Senior Bowl becoming the first Ragin’ Cajun to be invited to the postseason all-star game since Tracey Walker (Detroit Lions), and was also recognized by Pro Football Focus as a Midseason Second Team All-America selection. Hunt also was invited and participated in the NFL Combine as well. His versatility and athleticism as a guard intrigued the Miami Dolphins to make the early second round pick in order to build a strong foundation in protecting their future quarterback Tua Tagovailoa (Alabama). 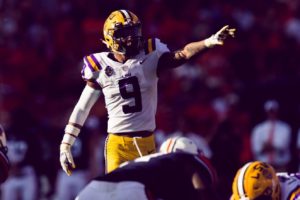 LSU Safety Grant Delpit was drafted by the Cleveland Browns with the 44th pick in the second round of the 2020 NFL Draft. (Photo courtesy of LSU Athletics)

Journey To NFL: Coming out of IMG Academy in Bradenton, Florida, highly recruited safety prospect Grant Delpit decided to take his talents to LSU. As a freshman, Delpit found the field right away finishing fourth on the team in tackles with 60 along with 3.5 tackles for loss, an interception, and nine passes defended. However, it was his sophomore season in 2018 that Delpit emerged himself as a national star. Delpit became All-SEC, a Nagurski Award finalist, and also an unanimous All-American thanks to his versatility racking up 74 tackles, 9.5 tackles for loss, 5.0 sacks, 5 interceptions, 9 pass breakups, 4 QB hurries, 1 forced fumble, and 1 fumble recovery. After a standout sophomore campaign, Delpit had high expectations including being chosen to wear the prestigious number seven jersey. Despite playing through an ankle injury the majority of his junior season, Delpit still managed to lead the Tigers to the National Championship while becoming a consensus All-American and Jim Thorpe Award winner. As one of the best defensive backs in LSU’s history, the Cleveland Browns decided to take Delpit with the 44th pick of the second round of the 2020 NFL Draft joining the likes of other LSU players before including Jarvis Landry (Lutcher/Miami Dolphins), Odell Beckham Jr. (Newman/New York Giants), and Greedy Williams (Calvary Baptist). 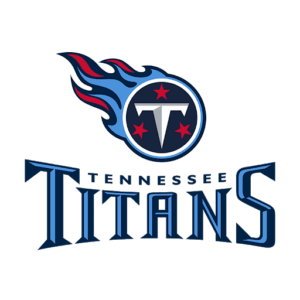 Journey To NFL: It was a journey full of both good and bad moments for Kristian Fulton. Fulton played his prep football at Archbishop Rummel High School where he was a five star recruit as well as the number one player in Louisiana. The highly regarded cornerback signed with the LSU Tigers at the conclusion of his senior season. After limited playing time as a freshman, there was a big setback for Fulton as a sophomore when he was suspended by the NCAA for two seasons after he tampered with a drug test for performance enhancing drugs on February 2, 2017. As a result, Fulton missed out his sophomore season, but he did appeal in order to play the next season. After two appeals, the NCAA’s decision on Fulton was overturned and as a result, he was able to play his junior season. In 2018, Fulton showed why he was such a big time recruit posting 25 tackles, 1.0 tackles for loss, nine pass breakups, an interception and a forced fumble. As a senior, Fulton and another talented five star freshman recruit named Derek Stingley Jr. (Dunham) provided one of the nation’s best cornerback tandems. Fulton earned second team All-SEC honors with 38 tackles, 15 passes defended, and one interception. As a LSU graduate and NFL Draft selection by the Tennessee Titans, Fulton is the epitome of about what somebody can accomplish if given a second chance.

Third Round (Louisiana Natives or Louisiana College Football Players Only): 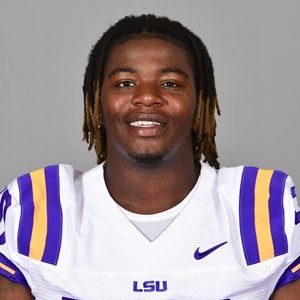 LSU senior OG Damien Lewis is selected by the Seattle Seahawks with the 69th pick in the third round of the 2020 NFL Draft. (Photo courtesy of LSU Athletics)

Journey to NFL: Damien Lewis was one of the top junior college offensive linemen in the country coming out of Northwest Mississippi Community College. When Lewis signed with the LSU Tigers, he immediately stepped in and played. a huge role on the offensive line starting at right guard for all 13 games. In fact, Lewis led all LSU offensive linemen in snaps with 978. In his senior season, Lewis helped clear the way for a 1,000 yard rusher in Clyde Edwards-Helaire and was a crucial member of the Joe Moore Award, which was given to the country’s best offensive line. At 6-3, 332 pounds, Lewis was drafted by the Seattle Seahawks with the 69th pick of the 2020 NFL Draft. 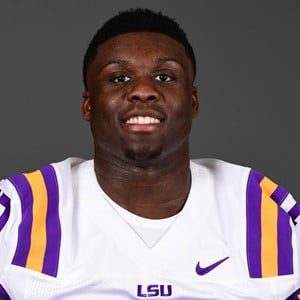 Former Dutchtown High School and LSU center Lloyd Cushenberry III was drafted by the Denver Broncos with the 89th pick in the third round of the 2020 NFL Draft. (Photo courtesy of LSU Athletics)

Journey To NFL: Lloyd Cushenberry was a standout at Dutchtown High School, but despite the success that he and others before him have had, he was only a three star prospect. Although Cushenberry originally committed to South Carolina, he then decided to de-commit after receiving a late offer from the LSU Tigers. Cushenberry would then make sure that he was worth the late add by the Tigers by becoming a two year starter at center. The former Griffin would become one of the top centers ever in LSU history earning All-SEC and 2nd Team All-American honors while becoming the first LSU offensive lineman to wear the coveted number 18 jersey. The National Champion center was invited to the Senior Bowl where he impressed a lot of NFL Draft scouts along with the Denver Broncos, which have decided to draft Cushenberry with the 83rd pick of the 2020 NFL Draft.

Former St. Thomas Aquinas High School and Mississippi State CB Cameron Dantzler has been drafted by the Minnesota Vikings with the 89th pick in the third round of the 2020 NFL Draft. (Property of LAFM)

Journey To NFL: At St. Thomas Aquinas High School in Hammond, LA, Cameron Dantzler was a star on both sides of the football as both a quarterback and a cornerback. As a senior, Dantzler accounted for over 3,000 yards and 37 touchdowns. Despite his success in Louisiana, Dantzler took his talents to Mississippi as he signed with the Mississippi State Bulldogs. After redshirting as a freshman, Dantzler saw some playing time registering 25 tackles, four deflected passes, and even intercepting Heisman Trophy winner and NFL MVP Lamar Jackson (Louisville/Baltimore Ravens) in the Gator Bowl. As a redshirt sophomore, Dantzler emerged as one of the best defensive backs in the SEC with 43 tackles, two tackles for loss, a sack, two interceptions, a team-leading 11 passes defended, and was named second team All-SEC while not even allowing one touchdown pass on him all season. As a redshirt junior, Dantzler had ten passes defended and two interceptions. The preseason All-American decided to forgo his senior season and as a result, was selected by the Minnesota Vikings with the 89th pick in the third round of the 2020 NFL Draft. 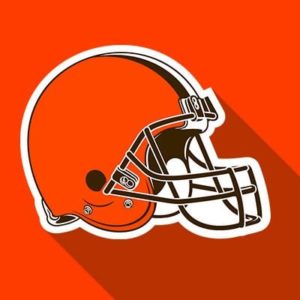 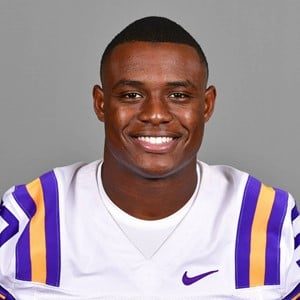 Former LSU LB Jacob Phillips is drafted by the Cleveland Browns with the 97th pick in third round of the 2020 NFL Draft. (Photo courtesy of LSU Athletics)

Journey To NFL:  Jacob Phillips will join fellow defensive teammate Grant Delpit as new members of the Cleveland Browns. At 6-4, 230 pounds, Phillips has always had the frame and athleticism to play big time college football. In fact, coming out of high school at East Nashville Magnet High School, Phillips was one of the most sought out linebackers in the entire country, and chose to go out of state to join the LSU Tigers. After playing some as a freshman, Phillips was called to play even more as a sophomore, and he did by posting 87 tackles, 5.5 tackles for loss, and a sack. As a junior, Phillips and his fellow linebackers K’Lavon Chaisson (Jacksonville Jaguars) and Patrick Queen (Livonia/Baltimore Ravens) were called by on the coaches to step up as leaders, especially with the loss of Devin White (North Webster/Tampa Bay Buccaneers) from the season before. Phillips’ numbers improved even more as a junior leading the SEC in tackles with 113 while also leading the Tiger defense to a National Championship. The former SEC Defensive Player of the Week decided to forgo his senior season and was then drafted by the Cleveland Browns with the 97th pick in the third round of the 2020 NFL Draft.

***Come check out our website tomorrow as we continue to recap all of the Louisiana high school and college players that were selected in the 2020 NFL Draft!