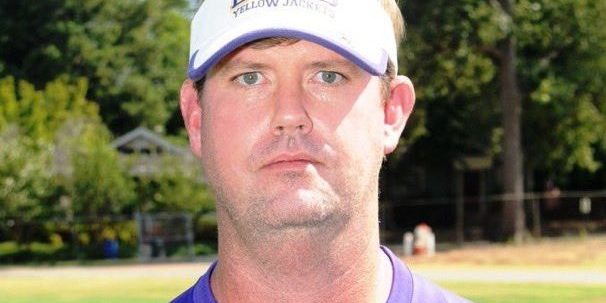 On March 15th, C.E. Byrd High School head football coach Mike Suggs retired after coaching the Yellow Jackets for the last 22 years. During his incredible career, Coach Suggs has posted the most wins in school history with 167 along with six district championships and two state championship runner-up finishes. So when Suggs decided to retire, the program had to find somebody to lead the program.

The school decided to choose somebody that has learned a lot from Byrd’s last two coaches in Suggs and Alan Carter as well as been a part of the football program as a coach for 21 years, and that person is Stacey Ballew.

Coach Ballew has started his coaching career at Byrd for a couple of seasons before moving to Granbury High School in Texas for the 2001 season. Coach Ballew came back to Shreveport for the 2002 season and ever since has become a key component in Byrd’s incredible run since that time. During that time, Ballew has been coaching on both sides of the football with 15 of those years coming on the defensive side of the football and five coming on the offensive side of the football. As a defensive coordinator for the Yellow Jackets, he has helped the program reach two state championship games. Coaching different positions like linebackers and defensive backs along with learning from Suggs has helped him over his career in the profession.

“He runs a great organization,” Coach Ballew said. “He treats the kids, coaches, parents really well and treats them all with great respect. As far as how he deals with people, he has done a great job and X’s and O’s wise. Coach Suggs is really sharp when it comes to football.”

Ballew understands what it is like to be a part of Byrd’s program not only from a coach’s point of view, but from a player’s point of view as well. In fact, Coach Ballew spent his playing days playing for Coach Carter when he was the head coach and also Coach Suggs when he was the offensive coordinator. Although it is cool to become the head coach at the same school you played and coached at, Ballew looks at the situation a little differently.

“Byrd has a lot of great people from administration to faculty to the support staff,” Coach Ballew said. “There are a lot of great people, and that’s what I am proud of the most. I work at a school that takes care of the kids and we all work together really well. There is also a lot of community support so it is a great school to work at.”

After taking over two coaching legends at Byrd, Coach Ballew looks at his new role as another way to enjoy what he loves doing most, and that is teaching as well as coaching young men.

“I enjoy coaching football and developing relationships with the students,” Coach Ballew said. “Honestly, I have been really happy here for over the last 20 years. If Coach Suggs would have stayed, I would stay right where I was coaching the defense. I have really enjoyed the last 20 years.”

Ballew has enjoyed coaching in the past, but also is looking forward to continue building this great Class 5A program for years to come.

“What I want to carry on from the previous coaches is seeing these young men leave high school and be successful,” Coach Ballew said. “I want to see them become great fathers, great husbands, and great guys in the community for whatever path they take. I want them to take away from what they learned playing on a team and let that carry over in life.”

Knowing that Coach Ballew knows exactly how to coach and teach young men, there should not be a big transition for the C.E. Byrd Yellow Jackets.