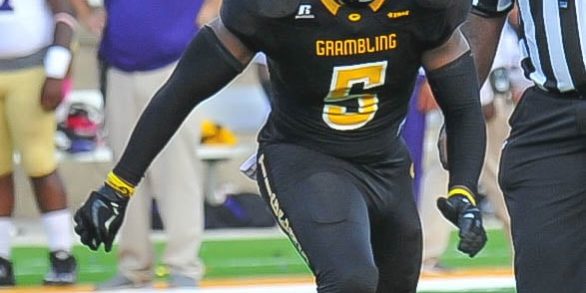 by Lee Brecheen and Jace LeJeune

As all 12 Louisiana college teams are currently participating in spring practices, that could mean only one thing and that is the upcoming college football season is approaching near. As we continue to wait the days before fall practice, for the next three weeks, we will recap the National Signing Classes for all 12 Louisiana collegiate football teams. Today, we will recap the National Signing Class for the Grambling State University Tigers. The Tigers have become one of the most dominant HBCU programs under the leadership of Coach Broderick Fobbs. Since Fobbs has taken over as head coach, the Tigers have won three SWAC West Division titles, two SWAC championships, and even a HBCU National Championship in 2016 as well as a HBCU National Championship runner up the following year. Compared to the last four seasons, it was a little bit of a down year for the Tigers as they finished with a 6-5 record in 2018. However, the team had to replace two of its best offensive playmakers in program history from the seasons prior in QB Devante Kincade and RB Martez Carter. Still, the coaching and the talent is there to continue the Tigers’ recent success and with this year’s talented recruiting class coming in, it will be no surprise that the Tigers bounce back as one of the nation’s elite. Louisiana Football Magazine’s recruiting expert Lee Brecheen has watched all of the Louisiana high school signees featured below at one point. Whether it is watching full game film or seeing them in person, Brecheen has gotten the chance to see a lot of these signees play. In today’s college recruiting recap, Brecheen takes a dive in the Grambling State football program as he gives out his top five talented high school signees, top college transfer, sleeper players to keep an eye on, and also, his final thoughts on the entire signing class in general!

“I think Coach Broderick Fobbs has done a great job of building a program and has done so at a high level. The success and the winning culture has come fast. This year’s recruiting class is just an example of how Coach Fobbs and the rest of his coaching staff has been so successful. He has a good eye for talent and has really picked up some big time in-state guys that can make an impact immediately. As of now, there have been only 13 signees, but that number will grow once more DI and JUCO transfers come in the program. We can’t control who those names will be, but we will make sure that they will be mentioned once our preview magazine comes out. Still, this recruiting class sits well with what is to come in 2020 and beyond.” 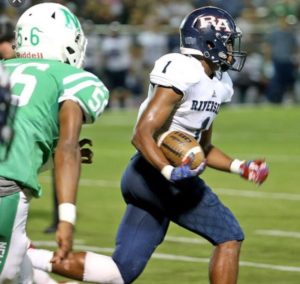 Bio: Kash Foley from Riverside Academy was one of the state’s most underrated receivers in the Class of 2019. During his prep career, Foley was the number one receiving target for current LSU QB Jordan Loving. He was also one of the key players to lead the Rebels to the state championship as only a sophomore. Despite being a standout football player, Foley showed that he was a great athlete in general also lettering in track and field as well as being a four year standout basketball player. Foley left Riverside Academy not only as a state champion and three sport athlete, but also received many honors including being selected to the All-District team three times along with being recognized on the All-Metro and All-State team. Foley had plenty of offers from colleges and actually chose the Tigers over Arkansas State, Kansas, Kentucky, ULL, New Mexico State, South Alabama, Southern Miss, Texas State, and Tulane.

Lee’s Scouting Report: “Kash Foley is the best player in this signing class. He is a big time player and was the number one receiver for Jordan Loving, who now plays quarterback for LSU. He was the main reason for his success in those two great years. He has got a little bit of everything: great hands, speed, etc. He is a weapon and can also be used to return punts and kicks as well. Once again, he is the best in the class and will be a big time player for the Tigers.” 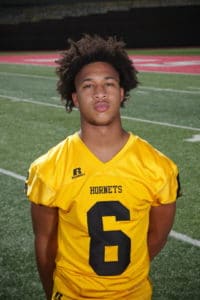 Bio: Out of Arcadia High School, Corey Russell may be the best running back in the state that nobody has heard about over the last five years. If you do not believe that statement, just look at the stats as Russell is one of the most accomplished running backs in Louisiana prep high school history with 7,769 rushing yards and 99 touchdowns. Russell, who accounted for over 650 points in his career, led the entire state in rushing as a senior with 2,801 rushing yards and 32 touchdowns on just 203 carries. That is an average of over 13 yards per carry. The dominant runner was just that ever since he started playing varsity as a middle schooler. The star Hornet, who is ranked sixth all time in rushing for Louisiana high school football, also made All-District and All-State three times during his prep career while also being selected on the front cover of the North Louisiana edition of Louisiana Football Magazine. Not only did Russell handle his business on the field as a two time team captain, but off the field as well. As a student, Russell was a member of the National Honor Society with a 3.55 GPA. It seemed like there was nothing he could do during his high school career. His accomplishments on and off the field drew the attention of many colleges, and in the end, it was the Tigers that Russell chose over the likes of other programs including McNeese State, Louisiana Tech, and Nicholls State.

Lee’s Scouting Report: “CJ Russell started five or maybe even six years at Arcadia High School and ran for over 7,000 yards. I am not really a stats guy, but that’s incredible. It is not just the stats, but his upside as a player is just as equal. I have been preaching that he is a SEC caliber running back over the last couple of seasons. He is a power back at 200 pounds. CJ is going to start, but it is just going to be a matter of when. He could very easily be a third team back as a freshman, which is amazing in itself, but who knows, he maybe even a starting running back after the end of September. He is very special.” 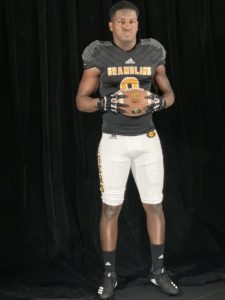 Bio: The Grambling State Tigers once again get another physical athletic specimen to play on the defensive line. At 6-4, 235 pounds, Toddrick Paul has the frame and the ability to be an instant impact guy as a freshman. A two time All-District selection, Paul dominated the line of scrimmage last season at Jeanerette High School. In his final campaign, Paul had 88 tackles, 15 quarterback hurries, three forced fumbles, one fumble recovery, and even scored two touchdowns. In the end, Paul chose the Tigers over Texas Southern, Southeast Missouri State, Northwestern State, and Arkansas-Monticello.

Lee’s Scouting Report: “Toddrick Paul is a guy that could play right away for Grambling. He has DI ability at 6-4 and close to 240 pounds.” 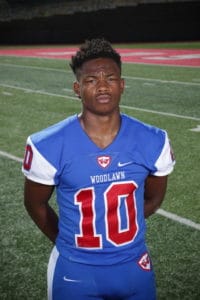 Bio: If a Wilson playing at Woodlawn High School in Shreveport, Louisiana sounds familiar, then, you may remember safety Donovan Wilson, who was a prep star for the Knights before he signed to play football at Texas A&M. Well, his brother Damon Wilson is not a bad football player himself as he also was a big time defender for the Knights this time as a linebacker. Damon, who was a two time 1st Team All-District selection, was selected to be on the front cover of our Louisiana Football Magazine North edition as one of the best senior players in North Louisiana before the start of the season. He backed that claim up this year with a stellar year. Now, he will play for the Tigers after choosing them over Northeastern State on National Signing Day.

Lee’s Scouting Report: “Damon Wilson is the brother of Donovan Wilson, who starts at free safety for Texas A&M and is now about to enter the NFL Draft. Like his brother, Damon is gifted with 4.55/40 speed and is a true outside linebacker for college with room to get a lot bigger. He could also play defensive back like his brother as well.”

“Round up the top five is William Savala, who is a 6-1, 190 pound defensive back from the legendary Dallas Carter High School in Dallas, Texas. As a senior, Savala racked up 70 tackles, six tackles for loss, four interceptions, three forced fumbles, three sacks, and one fumble recovery. The Carter safety chose the Tigers over ULM, ULL, and Stephen F. Austin. Savala has the frame, versatility, and athleticism to have an impact early on for the Tigers.”

Lee’s Other Key High School Signee To Keep An Eye On: 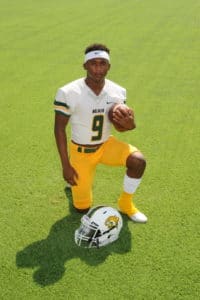 Bio: Along with other Walker High School safety counterpart BJ Lockhart, Calvin Watson was a part of one of the best secondaries in the Baton Rouge area. After a breakout season in which he had 70 tackles and seven interceptions as a junior, Watson proved that it was not a fluke with another solid season in 2018 after posting 90 tackles and three interceptions as a senior. The two time All-District defensive back and All-Parish returner chose the Tigers over Idaho.

Lee’s Scouting Report: “Calvin Watson is a sleeper at the I-AA level and was a good pickup by the Tigers. He has good hands and ability to make plays on the ball.”

“Transferring from the College of the Desert in Palm Desert, California is Jaye Patrick. At 6-6, 245 pounds, Patrick can immediately come in and become a starting tight end. This was a big get for Grambling State as he chose the Tigers over Iowa, Central Michigan, Cincinnati, Miami (Ohio), and Michigan State.”

Lee’s Sleeper of the Class (Includes Both High School Signees and College Transfers):

“Anytime Grambling State can pickup a defensive lineman from LeFlore High School in Mobile, Alabama, it is always a great addition for the program, and that is what the Tigers got in Marquez Tatum. At 6-4, 265 pounds with 4.9/40 speed, Tatum can either continue to get stronger and stay at the weight he is to be a defensive end or he can be 290 to 300 pounds and become a defensive tackle. He has a chance to become a really good player.”

*(Make sure to visit our website tomorrow when we recap the Northwestern State University Demons’ 2019 recruiting class!)