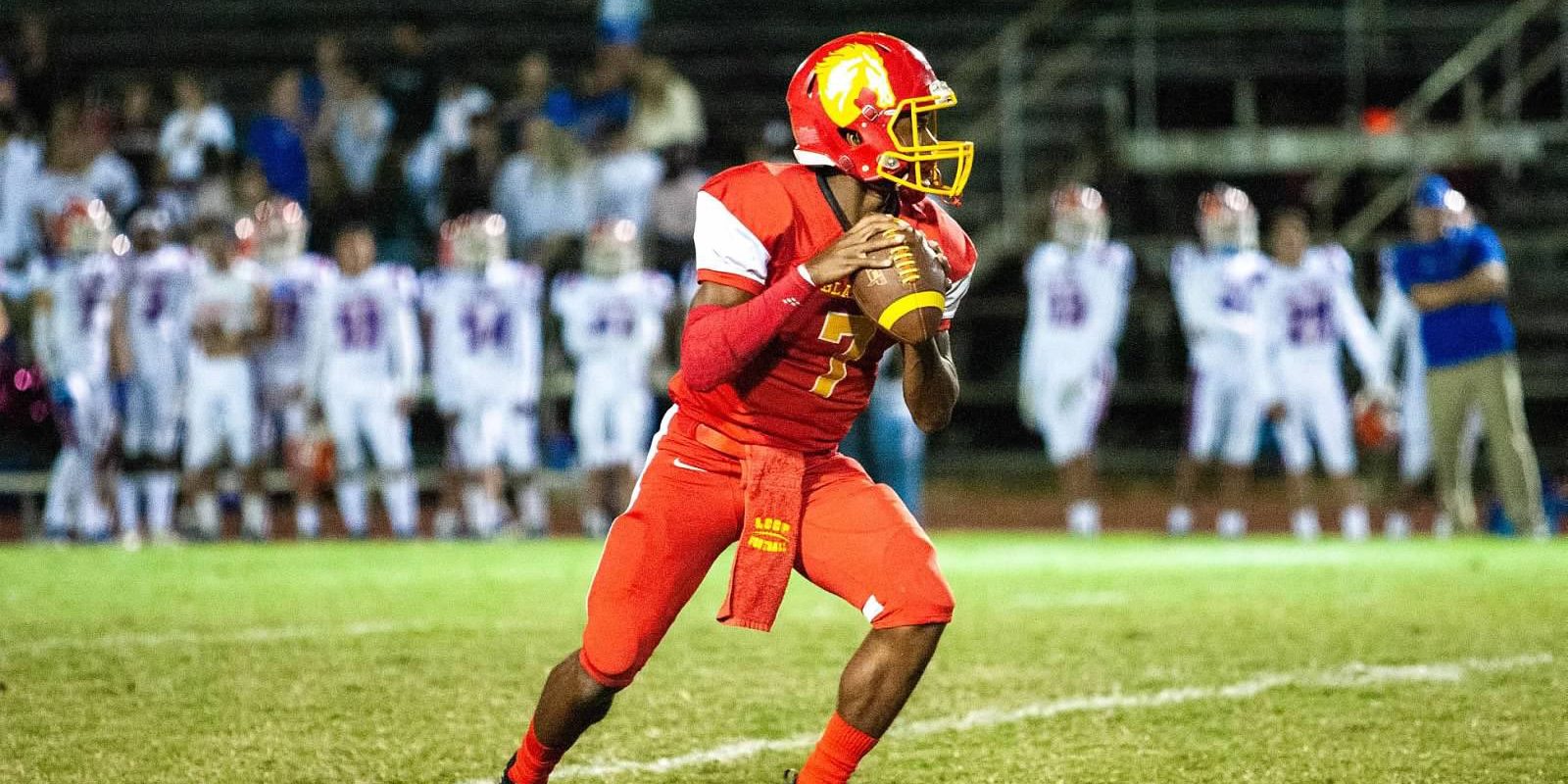 The Lake Charles College Prep Trailblazers are one of the most talented young football programs in the state of Louisiana as the team has been playing varsity football since only 2015. However, during that short period of time, the Trailblazers have established themselves as one of the top Class 3A state championship contenders and have plenty of DI talent to go along with it. Heading into this upcoming season, the Trailblazers have one of the most talented passing games around with DI caliber wide receivers including Glynn Johnson, who is committed to New Mexico State, Solomon Lewis, Jaylen Joseph, and even junior Keshlon Jackson. For any quarterback, it would be a luxury to have those guys to throw the football to, and for quarterback Dillon Simon, it is.

“My receivers are like my family because we all came in as freshmen and worked hard to achieve what we want to achieve,” Simon said. “Now, when I throw to them, I know regardless of what happens as they will either score the ball or make big plays every time they touch the football.”

However, it is a two way street to have a dynamic passing game and Simon has the ability to make sure those DI playmakers do what they do best, which is score touchdowns. For Simon, he has helped plenty of his teammates score touchdowns. Last season, the 5-10, 170 pound quarterback threw for 2,561 yards and 25 touchdowns while also running for 860 more yards and ten more touchdowns. Not only was this three star quarterback putting up incredible numbers, but he was doing so while leading the team to eight wins including a victory in the Class 3A playoffs. Although it was his junior season that helped Simon pick up offers from Grambling, Prairie View A&M, Army, South Alabama, and Lamar, the dual threat quarterback thought that he could have performed better over the course of the season.

“I can improve on all the aspects of my game because you can learn something everyday and perfect your craft so I believe I can work on everything as a quarterback before college hits,” Simon said. “If I would give myself a grade, I would give myself a B because I know I did good last year, but I can always work and get better than before.”

In order to dedicate himself and get that A plus grade, Simon knows that he has to lead the team to an appearance in the Super Dome, but he also realizes that talent can only get you so far.

“My number one goal for this season is getting every one committed to the grind like we have in years past, but we have to give a little bit more,” Simon said. “My other goal is to get the team through a 15-0 season because with the talent we have, that should be the goal for everyone and the main goal is to just make sure everyone is handling their grades the right way and excelling in the classroom and transfer that energy on the field. As far as myself, I just want to get faster, stronger, and smarter. Then, everything else will fall in line.”

Handling things the right way is what Simon has been doing during the recruiting process as he has committed to the South Alabama Jaguars and now, he wants to make promise on his word.

“I was always raised to keep my word on things so if bigger schools offer me, it’s cool and thank you for the offer, but it would be very hard to get me to recommit to someone else because Coach Jones, who is my recruiting coach, and USA made it feel like a family from the time I have gotten the offer to now,” Simon said. “Nothing has changed and the coaching staff there is doing the same as well, which makes me more committed. The number one thing is that they are making sure I know they want me as a quarterback and nothing else.”

Even though it is Simon’s 4.4/40 track speed that sets him apart from a lot of other quarterbacks, he wants people to know how his ability to run the football is an extra weapon as a quarterback and not an outlier.

Not only is Simon telling people that he wants to be known for as a passer, but he is acting on it by improving his quarterback mechanics in quarantine, and what better way to show your passing skills than throwing the football to the state’s all time leading wide receiver.

“I have been throwing with my wide receivers and working on our timing to get better and I also threw a couple of balls to college wide receivers including Trey Quinn (Barbe High School/LSU/SMU), who is a slot receiver for the Washington Redskins, so if you ask me, I would say I put that work in during quarantine in order to become a better quarterback.”

People that look at the South Alabama quarterback commit’s height and speed would tell you that the two sport star should play another position in college, but he would tell you otherwise.

There is the old saying that you only get with what you put in, and for Lake Charles College Prep’s Dillon Simon, he has put a lot of work in.

Click link below to check out Dillon Simon’s junior highlights: