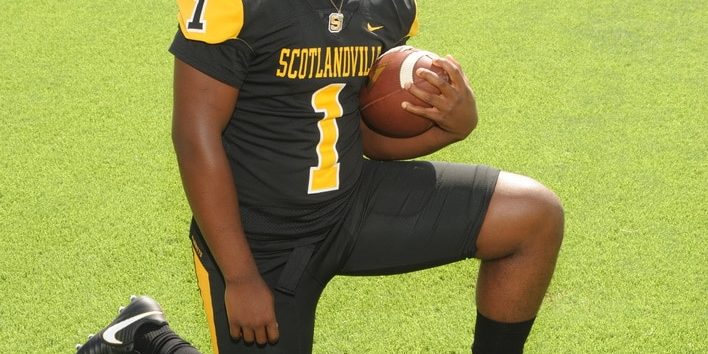 It is really hard to believe that already the season is in district play as it seems like the season just started yesterday. Not only has the regular season picked up for a lot of these high school teams, but the recruiting has heated up as well. Trying to keep track of it all, our staff was able to cover a couple of teams this week and visit with the coaches as well as the players to give us a recruiting update with what is going on in their prospective programs when it comes to recruiting after Week 6 of prep play. 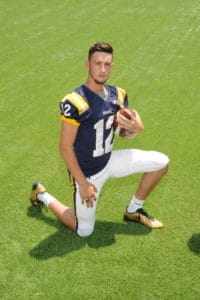 Carencro High School senior QB Austen Breaux (6-2, 177) may not be as experienced as a lot of other senior starting quarterbacks in the state especially after splitting snaps last year, but when he has played whether it was last year or this season, he has certainly made a big impression not only on our recruiting expert Lee Brecheen, who put Breaux on our 2nd Team All-South Louisiana team, but on plenty of collegiate programs as well. As of right now, Breaux has received offers from Louisiana College, Texas Wesleyan, and East Texas Baptist University. He is also in contact with some D-II and DI schools as well.

St. Martinville High School transfer Kyron Comeaux (6-3, 195) played mostly wide receiver for the Tigers, but now at Carencro, he is playing more at the tight end position. Still, with the change of programs and change of positions, schools are still showing interest in the athletic playmaker. Comeaux has been contacted by mostly D-II programs including Culver Stockton College, which has offered Comeaux a scholarship.

On defense, senior FS/CB Chukwuma Utomi has a great frame to play in the secondary at 6-4, 163 pounds. Not only does he have the frame, but he also has the bloodline to play as well. His brother Uche Utomi, who played at Lafayette High School, is currently playing football at the D-III level. Right now, the younger Utomi is making his own name as he is being looked at by Navy and West Florida.

Denham Springs High School senior WR Brycen Longley (6-2, 200) is one of many talented receiving targets for junior QB Luke Lunsford. Longley had an impressive touchdown catch in their 63-20 win over Ferriday High School. Longley is being heavily recruited by Abilene Christian University in Abilene, Texas. 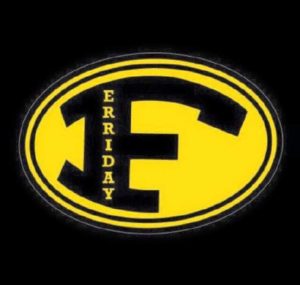 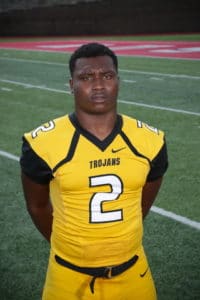 The Ferriday High School Trojans have one of the best senior defensive players in North Louisiana that is going under the radar in linebacker Larry Scott. Last season, the 2nd Team All-North Louisiana selection had 84 tackles and 12 of those tackles for loss. After a season like that, it is hard to improve, but Ferriday Head Coach Stanley Scott has said that the star linebacker has improved even more so far this season.

“Larry has been doing well,” Scott said. “He is starting on both sides of the football and has really improved his game as a senior this year.”

Larry Scott is still waiting on his first official visit, but so far, he has taken unofficial visits to TCU, Tulane, LSU, and Louisiana Tech.

Livonia High School senior QB Kerri Wells (5-11, 175) is a four year starter for the Wildcats and has made plenty of plays over his career whether it is using his arm or his legs. According to Livonia Head Football Coach Marc Brown, Wells has improved the most this year running the football and knowing when to run. Wells has been contacted by in state colleges such as ULL, Nicholls State, and ULM. Wells has a lot of versatility and with that, colleges have been looking at Wells as not only quarterback, but also at wide receiver and cornerback as well.

On defense, senior OLB Myles Guidry (6-3, 200) has always looked the part, but in his senior year, he has used his athletic frame and so far, has had a great senior season. Guidry just received his first offer from Nicholls State earlier this year in April. 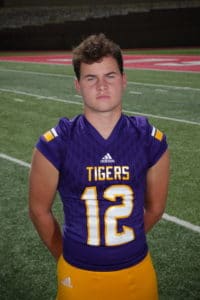 Grandview High School (Texas) transfer Landon Moon (6-2, 200) has made an instant impact for Logansport High School as he has led the Tigers to a perfect 6-0 record. Thanks to a great start at Logansport as well as a great high school career at Grandview, Moon has been contacted by ULM, Northwestern State, ULL, East Texas Baptist University, Millsaps College, and Louisiana College.

Five year starter and Three time All-District selection Madrid Johnson Jr. The 2nd Team All-North Louisiana selection has a great combination of power and speed for a guy that may only be 5-9, 180 pounds. Johnson’s uncanny athletic ability has drew some interests from schools such as Grambling, Louisiana Tech, ULM, and Texas State, but is still looking for his first offer. 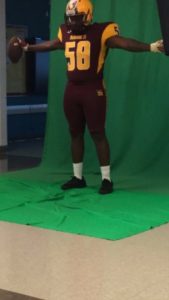 McDonogh 35 High School senior DT Jalen Jackson has been a good player up front for the Roneagles. Over his career, the 6-1, 280 pound defensive tackle has had 70 tackles, three sacks, 15 tackles for loss, 10 quarterback hurries, and even a defensive touchdown. Jackson has been offered by Louisiana College. 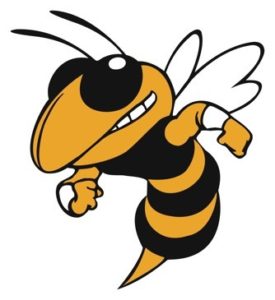 Slidell High School senior ATH Tito Simmons (5-7, 165) is one of the top athletes in the St. Tammany area. Simmons will be making trips to ULL and Southern Miss on unofficial visits.