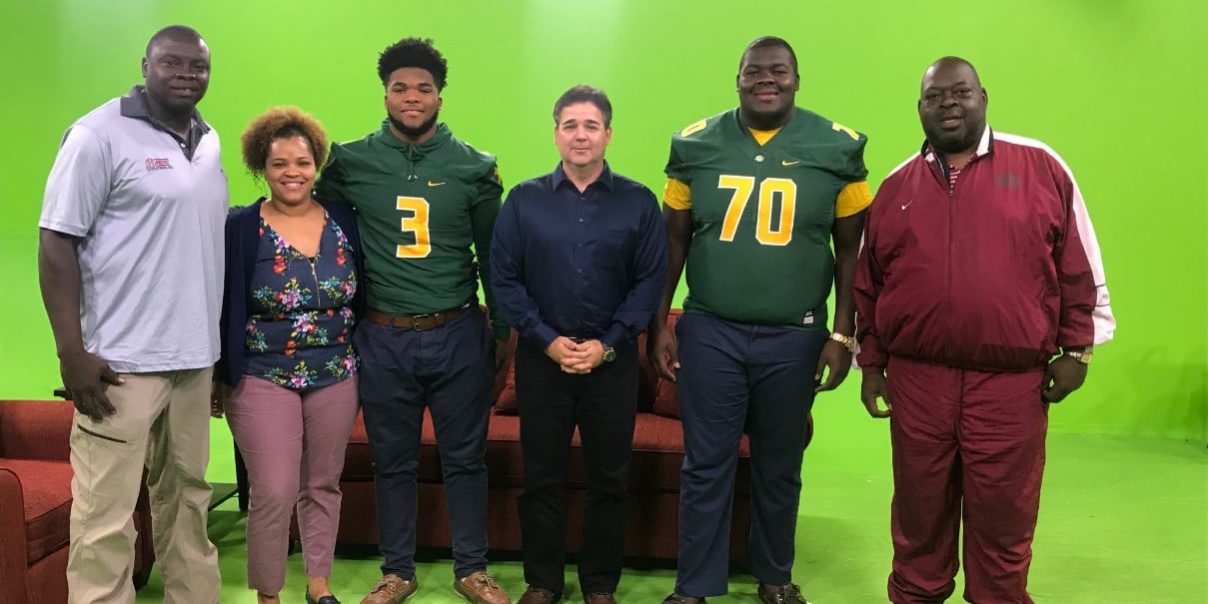 Hello Louisiana Football Fans! Missed our last two shows? Well, we got you covered. For those that have not gotten the chance to see our last two episodes, both episodes are now posted on our YouTube page. If you subscribe below, you will be able to catch every show throughout the year!

For the eighth show of the season, we had former LSU quarterback Rohan Davey, who talked about the Tigers’ season and much more with our own Lee Brecheen. In speaking of LSU, two big time Tiger commits from Southern Lab in offensive guard Kardell Thomas and running back Tyrion Davis were also in studio and gave their thoughts on their commitments as well as go over their senior seasons.

For the ninth show of the season, we had former NFL strength and conditioning coach Al Miller, who will be talking about his new book “The System” with our own Lee Brecheen. Another strength coach in current Kansas City Chiefs strength and conditioning coach Barry Rubin called in to talk about the role Coach Miller has played in his life. Also, City Cafe’s Charles “Squeaky” Miranda and Cody Miranda stopped by the studio to spend some time with us in our new Fan Segment. Finally, East Iberville High School Head Coach Ron LeJeune stopped by to talk about the Tigers playoff matchup against Delhi High School and the team’s quest to try and advance to the quarterfinal round for the first time in school history.