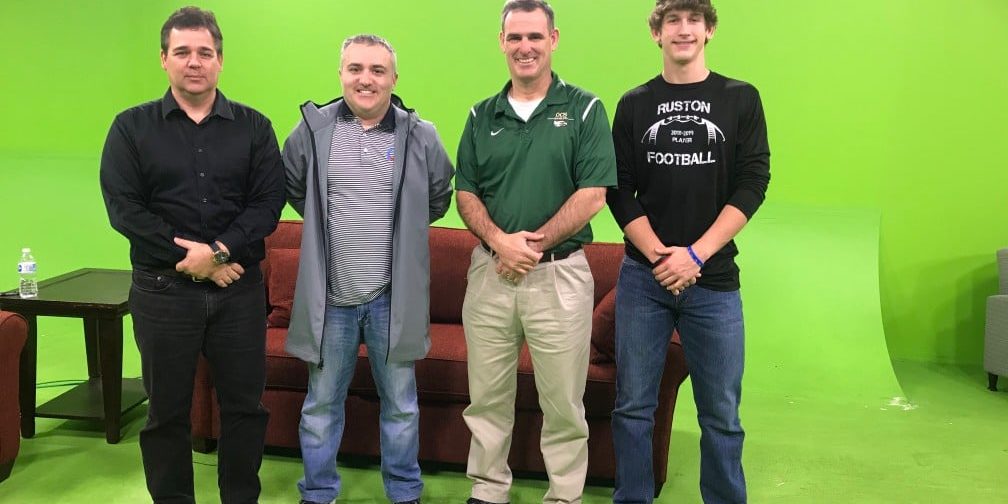 For the 16th show of the 2018-2019 Louisiana Football T.V. Magazine season, we had Dr. Kelly Ryder, who sponsors our recruits of the week segments. Dr. Ryder has plenty of experience as a sports chiropractic physician and works with plenty of former as well as current NFL players. He was in studio to talk about a lot of topics in the industry when it comes to sports injuries most notably concussions. Also, in studio, is one of the best high school head football coaches in the state in Ouachita Christian High School Head Coach Steven Fitzhugh. Coach Fitzhugh has won over 70% of his games to go along with four state championship victories in over 20 years at the helm of the Eagles’ football squad. Coach Fitzhugh gave his thoughts on a lot of interesting topics including the public/private playoff system, the Superdome as the main venue for the high school state championship games, and so much more! Then, as always, we have a recruit in studio. This player is also from North Louisiana and he is Ruston High School senior linebacker Dylan Skinner. Skinner talked about his game and gives his thoughts on some of his top colleges so far. Not to mention, Louisiana Football T.V. Magazine Host Lee Brecheen gave his thoughts on the non-pass interference call in the NFC Championship game between the New Orleans Saints and the Los Angeles Rams.