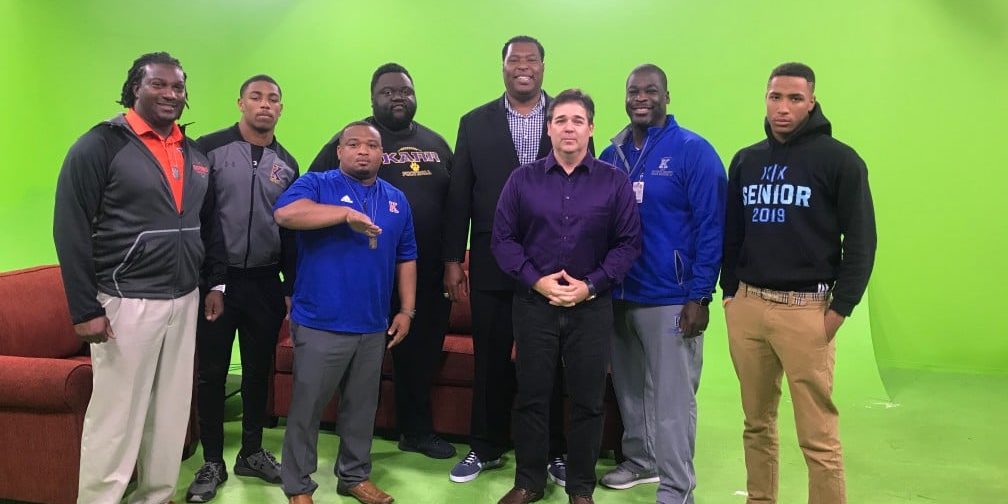 Hello Louisiana Football Fans! Missed our last two shows? Well, we got you covered. For those that have not gotten the chance to see our last two episodes, both episodes are now posted on our YouTube page. If you subscribe below, you will be able to catch every show throughout the year!

For the 12th Show of the 2018-2019 Louisiana Football T.V. Magazine Season, we had former Parkview Baptist/Michigan star receiver Drew Dileo, who is now a State Farm agent. Dileo came in studio to talk about his Parkview days as well as give his thoughts on the Wolverines’ season and their future under Head Coach Jim Harbaugh. Also, in studio, is Slidell Head Coach Larry Favre. The Slidell Tigers are coming off one of their best seasons in recent memory posting a 9-3 record and winning their district. Coach Favre talked about the season as well as go over the players that have helped get them there. Two of his star players Tito Simmons and Harlan Dixon were in studio to also talk about the season and to promote themselves as football players as well. Finally, we had a call-in from Minden Head Coach Spencer Heard. As always, LAFM TV host Lee Brecheen gives out his recruits of the week.

For the 13th Show of the 2018-2019 Louisiana Football T.V. Magazine season, we had former LSU and New Orleans Saints player Willie Williams, who talked about his playing days from being a tight end for the Tigers to being an offensive tackle in the NFL. Also, we had a very special state championship edition of the show as we had two state championship head coaches in Kentwood Head Coach Jonathan Foster and Edna Karr Head Coach Brice Brown coming in studio to talk about the season. We also had another state championship head coach calling in and he is Eunice Head Coach Paul Trosclair, who led the Bobcats to their first state title in over 36 years. Finally, we had two state championship players in studio to finish off. One of them is Edna Karr junior quarterback Leonard Kelly and the other is Kentwood senior wide receiver as well as LSU commit Trey Palmer. Palmer gave a little preview of what is to come when he signs later on this week. If that is not enough, LAFM TV host Lee Brecheen gave out some of his top sleeper recruits that he believes may have a shot at the NFL one day.