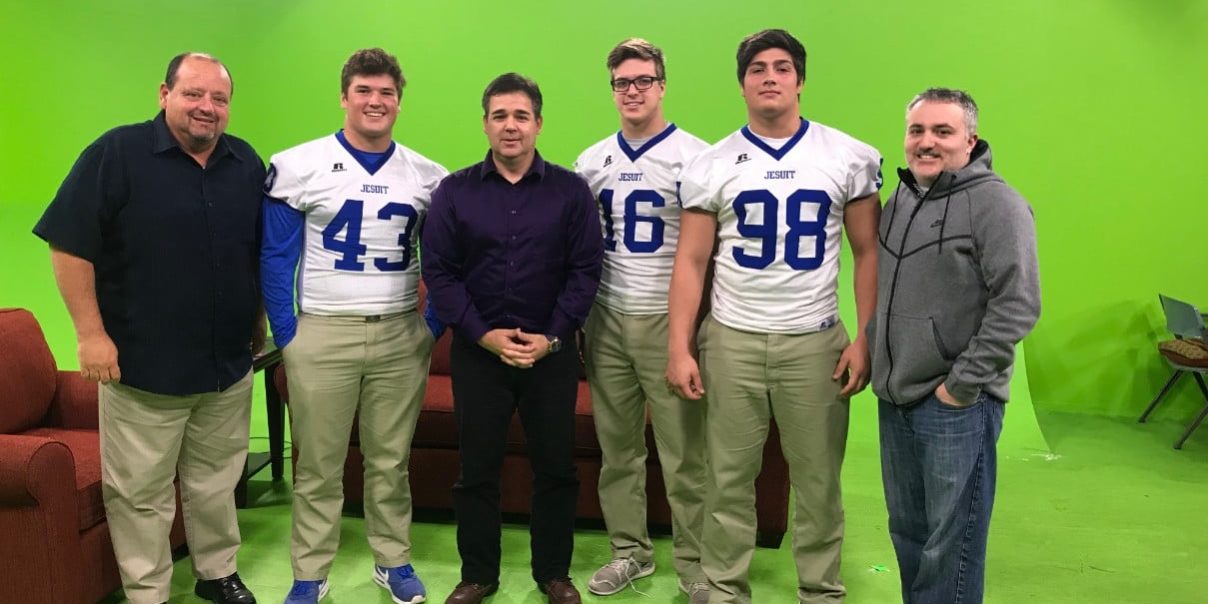 In the 11th show of the 2018-2019 Louisiana Football T.V. Magazine season, we had former John Ehret High School Coach Billy North, who told some stories about when he was the head coach of the Patriots as well as coaching former NFL players such as Kordell Stewart (Colorado/Pittsburgh Steelers/Chicago Bears/Baltimore Ravens) and Reggie Wayne (Miami/Indianapolis Colts). Also, we had Dr. Kelly Ryder, who sponsors our recruits of the week segments, coming in studio. Dr. Ryder has plenty of experience as a sports chiropractic physician and works with plenty of former as well as current NFL players. He gave us some insight on some of the main topics in regards to injuries in the game of football. Finally, three big time Jesuit High School senior defenders Marc Dougherty Jr., Cameron Helm, and Perry Ganci also made an appearance on the show. As always, LAFM TV host Lee Brecheen gives out his recruits of the week and if that is not enough, Lee makes his state championship game picks. See how well he did on this picks now that the state title games are over!