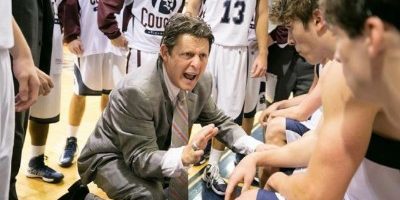 Our 14th season of Louisiana Football T.V. Magazine kicks off this week! Check us out in your area below. For our first show of the season, we are not just talking about football, but we are talking about basketball and baseball as well. Coming in studio is one of the best prep basketball coaches in the country in St. Thomas More Catholic High School’s Danny Broussard. Calling in the show is one of Coach Broussard’s former players Lyle Mouton, who played both basketball and baseball for the LSU Tigers and also had a long career in the Major Leagues. Still, this is a football show and we have plenty of it with legendary Head Coach A.L. Williams also calling into the show. Coach Williams spent coaching stints at Fair Park High School and Woodlawn (Shreveport) High School in the prep ranks as well as in the collegiate ranks leading the Northwestern State Demons and the Louisiana Tech Bulldogs. Most of all, Coach Williams is known for mentoring great quarterbacks over those years including Terry Bradshaw, Joe Ferguson, John Booty, Bobby Hebert, Tommy Spinks, Trey Prather, and Billy Laird. If that was not enough, we actually have Ponchatoula High School senior QB and LSU commit TJ Finley in studio to talk about committing to the Tigers and so much more. The four star QB prospect will be in studio along with his father David Finley and his brother Kody Finley, who also happens to be a star sophomore wide receiver that is already receiving collegiate attention. It should be a great show so make sure you sit back, relax, and catch our season premiere of Louisiana Football T.V. Magazine this week.