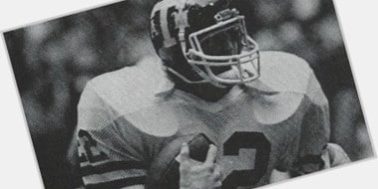 For our sixth show of the season, we have a special show and a great lineup. Everyone in Louisiana knows Billy Cannon Sr. and all the success he has had for the LSU Tigers as well as in the pros, but what some people may not know is that Billy Cannon Sr. had a son in Billy Cannon Jr., who went on to have a great career himself playing at Texas A&M and becoming a 1st round draft pick of the Dallas Cowboys. For this week’s show, Billy Sr.’s widow and Billy Jr.’s mother Dorothy “Dot” Cannon along with family friend Jeff Termini came in studio to promote Billy Jr. in getting his name enshrined in the Louisiana Sports Hall of Fame. Also in studio, we have two more guests that have had the pleasure of seeing Billy Cannon Jr. play football in former Broadmoor Head Coach Rusty Price and longtime basketball referee Bobby Olah.  Finally, if that is not enough, we had Alabama Head Coach Nick Saban featured on our show to talk about his recruitment of Billy Cannon Jr. back when he was at Ohio State! It should be a great show so make sure to check out the show in your area below!