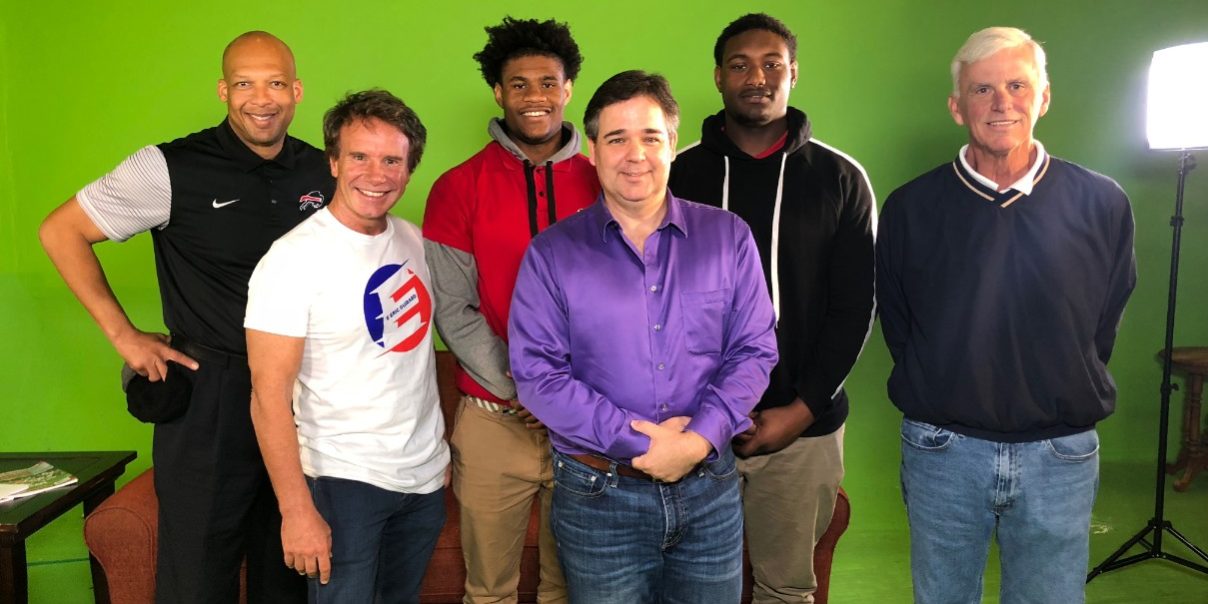 For the 11th show of the season, we have a great lineup! In studio, we have former Carencro High School head football coach Mac Barousse, who came in to talk about his former coaching days, coaching former LSU All-American and New England Patriots running back Kevin Faulk, and also gives us an update on what he is doing now. Also, we have injury attorney E. Eric Guirard, who is a big sponsor of our show, in studio to talk about why he wrote the song “Tigers To The Top” for the LSU Tigers’ 1981 Final Four run, and how the song even relates today as the LSU football team is 12-0 and playing in the SEC Championship this Saturday. Calling in studio is former LSU assistant basketball coach Ron Abernathy, who will talk about his days coaching the Tigers, coaching with Dale Brown, recruiting Shaquille O’Neal, and more. Finally, we have Baker High School head football coach Eric Randall, along with two of his seniors in OL/DL Jalen Gross and LB Marteece Covington, after the team’s incredible Class 3A Quarterfinal playoff run, which included wins over higher ranked teams including Loranger and Iota. It should be a great show so make sure to check your local listings!