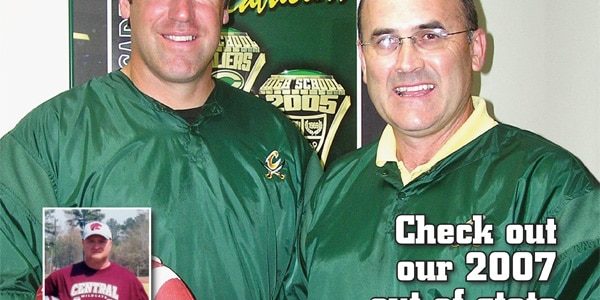 Hey everyone! We have for you one of our best shows of the season. In the studio,  two legendary names in the state especially in North Louisiana, will join your host Lee Brecheen for this week’s show. In the studio, we have Johnny Booty, who is the patriarch of the legendary Booty family that produced many high school All-American quarterbacks. He will come in to talk about his sons as well as his grandson General Booty, who has become a standout high school quarterback already as a freshman in California. Johnny Booty will also reflect on his Evangel Christian and Calvary Baptist days. Also, with the Super Bowl coming up this week, he will also talk about his relationship with current Philadelphia Eagles Head Coach Doug Pederson, who will be coaching in the Super Bowl this Sunday. Our other guest for this week’s show is legendary strength and conditioning coach Al Miller, who was a part of five Super Bowl teams and was also on Paul “Bear” Bryant’s last coaching staff at Alabama. We also have much for you in store so make sure you tune in to LAFM TV!