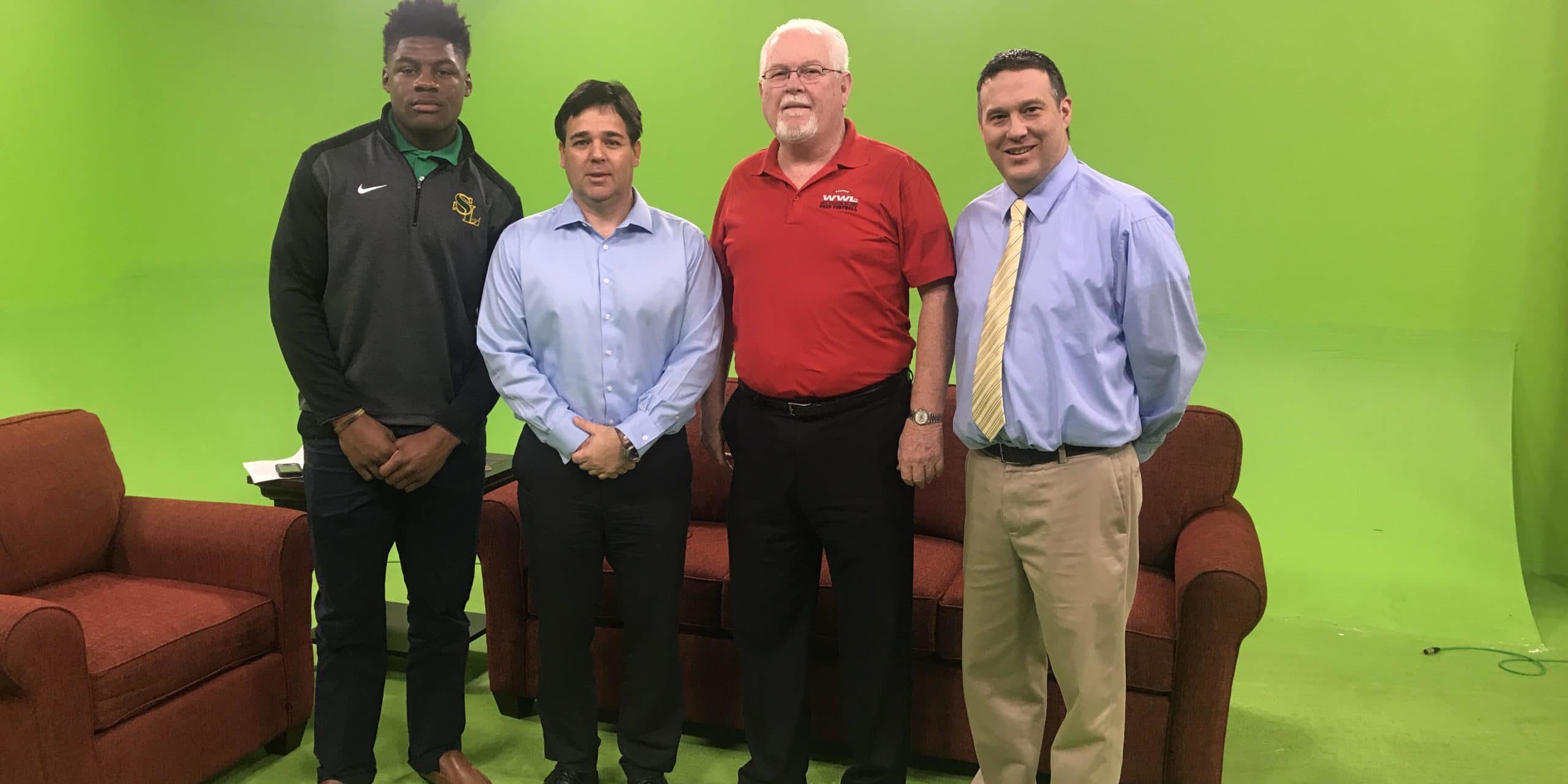 Hey everyone! After a week off because of the hard freeze, we are back and we have a great lineup for you! In studio, we have two of the best prep broadcasters in the state of Louisiana in Jeff Palermo, who is with Yurview, Tiger Rag Radio, as well as Louisiana Radio Network, and longtime New Orleans radio prep football broadcaster Tony D’Amico, who has been with WWL for almost 20 years.  We also have one of the best football prospects in the entire state of Louisiana in Southern Lab senior LB Damone Clark, who has already signed with the LSU Tigers, to talk about the season as well as his thoughts on Dave Aranda’s defense. Also, your host Lee Brecheen sits down with the father-son as well as head coach-QB duo in Minden Head Coach Spencer Heard and QB Patrick Heard at Marketplace Chevrolet Buick in Stonewall. This should be a great show so make sure you tune in to LAFM TV!