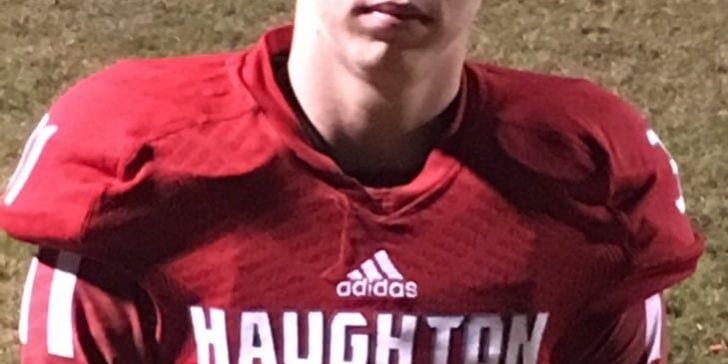 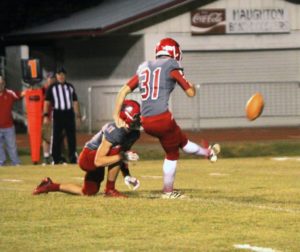 Surprisingly, Korbin Schmidt was born in Tokyo, Japan in 2000 while his parents were stationed at Yokota Air Base in the Air Force. Before his parents relocated to Barksdale Air Base in Bossier Parish, Louisiana, at the age of three, Schmidt had already developed an interest in playing soccer. Not only did he start playing as soon as he could walk, he naturally started kicking left-footed.

“From the time I could walk I loved to play soccer, which is why I believe I started kicking left-footed due to having to balance on my right foot,” Schmidt said.

After making the move to the U.S., Schmidt was actively involved in league soccer playing two seasons every year. In 6th grade, he gained an interest in kicking and punting when he started participating in kicking camps where his passion for kicking grew even stronger. Ever since, Schmidt could not stop practicing kicking and punting footballs.

From that point on, Schmidt has been determined to perfect his kicking and punting through various strategies. He models his skills to placekicker, Adam Vinatieri (New England/Indianapolis) on extra point and field goal consistency and to Raven’s punter, Sam Koch, who has 8 different styles of punting including turnovers, liners, hooks, knuckles, boomerangs, fades, and the pooch. Schmidt also has more than one punt but during games, he has only been in situations that require a turnover ball. In practice, he will use the liner, fade and the pooch. During his own time, he tries to perfect the knuckle punt.

Another way Schmidt improves his punting and kicking skills is by training with former Louisiana Tech kicker Matt Nelson almost every Sunday for three to six hours. Schmidt and Nelson met when he was in 7th grade at the National Camp Series Super Camp in Texas with former NFL kicker Michael Husted. 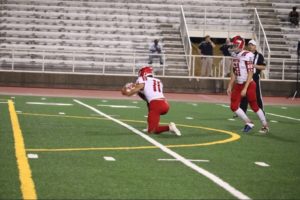 Haughton has plenty of confidence in Korbin Schmidt, who is one of the best field goal kickers in North Louisiana. (Photo provided by Korbin Schmidt)

“I can not thank Matt enough on the help he has given me these past 5 years,” Schmidt said. “When I started, I could kick between 20-25-yard field goals. My punting was around 25 yards and my kickoffs about 30 yards. Now, my distance has greatly improved, kicking a few field goals over 55 yards. I have won or taken a few second titles at kicking camp with NCS in punting, field goals and kickoffs and earned 2nd place on field goals during ULM summer kicking camp.”

So far this season, Schmidt is 31/33 on extra points, 15/31 on touchbacks, and 7/8 on field goals (farthest field goal has been 37 yards). He has punted 25 times and averages 40 yards with a 3.7 hang time and his farthest punts this year were approximately 62 and 61 yards where he faded the punts into the sideline away from the return man and walked the ball down the sideline to the goal against Airline High School and to the 6-yard line against Evangel High School.

“My understanding is that it is hard for a kicker to get a scholarship but my parents have taught me that you have to work for what you want and nothing comes for free,” Schmidt said. “I am ready to work hard for any college.”

Schmidt has proven to have the determination and mindset to keep improving as a kicker/punter with all the right tactics. We hope he keeps giving the Haughton football team the advantages in field goals and punt returns to be noticed as a potential college athlete.