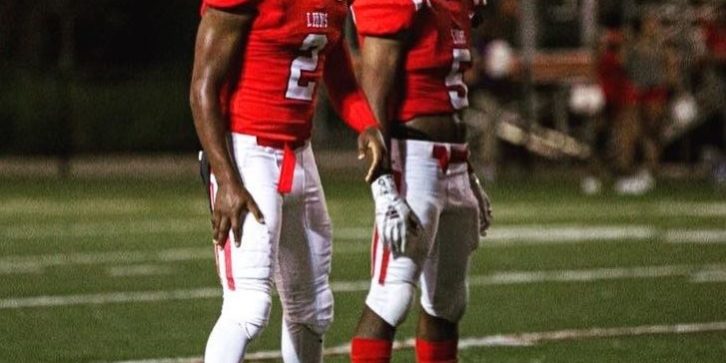 Kentrell Harris is a senior quarterback at KIPP Booker T. Washington High School in New Orleans, LA. He has great speed, thinks fast each play, and has great swiftness. Harris comes from a background of athletes. His dad and cousin Lionel Washington, who is a former NFL player of 15 years and also currently, Southern University’s defensive coordinator have influenced him to begin the game of football. The night before Harris’ homecoming game his sophomore year, he was shot in the leg. This incident in his life forced him to sit out the rest of the season and watch his brothers play without him. Harris could have used that moment in his life to bring his football career to an end, but he decided to preserve through the struggle and continue his path.

Harris’s primary position is currently quarterback, but he also uses his secondary position at wide receiver to know where to pass the ball.

“I better my performance as a quarterback by trusting my offensive line and making myself a duel threat while keeping my eyes up field,” Harris said.

He has learned a lot from the game of football, but the most important lesson he’s learned is trusting his teammates.

“When you build a bond and stay together through anything it will make you stronger and harder to break,” Harris said.

His amount of trust is seen in his performance as well because once he starts a play, he is not afraid to push through the opposing team and gain yards.

When asked if he sees football in his future, Harris says, “I see football being apart of my future because my coaches put me in the right position to succeed and I push myself in order to move my mom out of the house and keep my sisters out this violent area”.

Harris shows ample amount of determination and ambition which can lead him to many places in the future.

Click the link below to check out Kentrell Harris’ highlights: