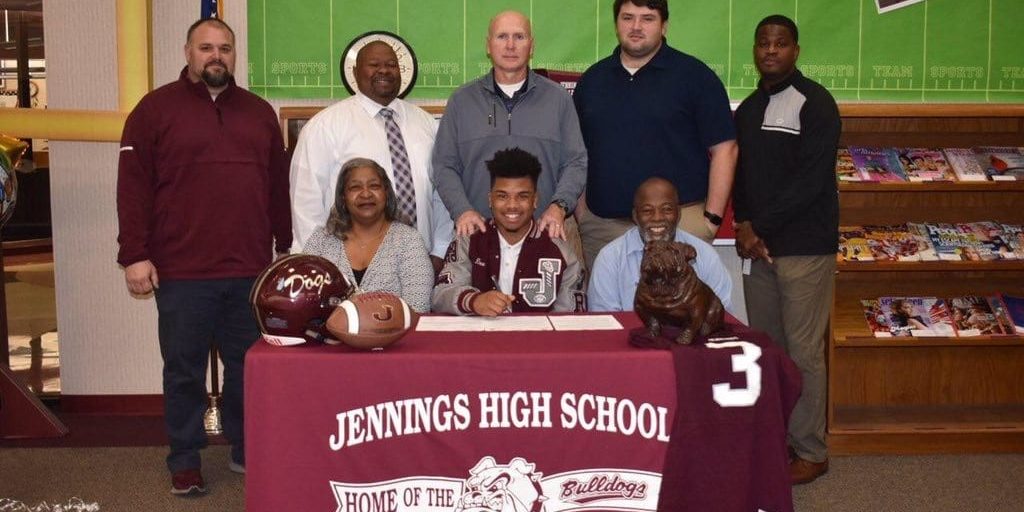 Phelps is most known for coaching a very talented running back in Travis Etienne, who was an All-State running back during his time with the Bulldogs and is currently one of the best players at his position in college football winning a National Championship at Clemson. With a running back as talented as Etienne was, it would certainly be hard to find a replacement. Luckily, the Bulldogs found a very reliable replacement for Etienne in current senior RB Darrian Achane.

Achane was a four year starter for the Bulldogs. Achane starred at both running back and wide receiver during his career at Jennings High School. He finished senior campaign with 875 yards and 15 touchdowns on 170 carries. In his junior season, he ran for eight touchdowns. Not just an one sport athlete, Achane was also a standout on the track and field team. His efforts earned him a scholarship from Southeastern Louisiana University. From that point on, he stuck with the Lions and signed with the team on the early National Signing Day period in December.

“I was excited to announce that I would be furthering my education and athletic career at Southeastern Louisiana University,” Achane said. “I am very excited to continue the next chapter of my life as a Lion.”

For the Jennings program, Achane’s signing had very significant meaning.

“I am very happy for Darrian and his family,” Phelps said. “I am also glad that Southeastern showed interest in Darrian. He is actually the first player to sign with Southeastern since they started the football program back up again.”

“Southeastern has got themselves a big steal,” Brecheen said. “The kid has a lot of ability with 4.5/40 speed and is a smooth runner with quick hips.”

Another great athlete and two sport star that played a big role for the Jennings program over the last couple of seasons is senior QB Cole Myers. Myers is a talented player in his own right as he has not only been the starting quarterback for the football program, but he has also been one of the baseball team’s best players. In fact, he has received both a football offer from Arkansas Monticello as well as a baseball offer from LSU Eunice. For Myers, he chose the baseball route as he will be playing for LSU Eunice next season. For Coach Phelps, he supports his quarterback’s decision 100%.

“I am very happy for Kole and his family,” Phelps said. “We look for nothing but good things for him as he tries to continue to play baseball.”

Although Myers is going the baseball route, Brecheen believes if Myers went the football route, he would also have a great chance to play.

“I think Kole Myers would make as a great I-AA quarterback,” Brecheen said. “He has a really good arm and great feet in the pocket.”

Even though Myers and Achane were the only ones to sign to play collegiate sports with Achane being the only one to sign to play football, Brecheen believes that the following players such as OT/DT Eugene Ivory, LB Jacob Young,  center Ben Rozas, RB/SS Brandon Jones, TE Kamran Richard, and LB/SS Zae’keveyon Levi have the ability to play somewhere in college.

Despite the talent, the Bulldogs had a disappointing season, according to their standards, finishing with an overall record of 5-6 falling to the Kaplan Pirates in the first round of the Class 3A playoffs. The big reason for the struggles had to deal with injuries.

“We were consistent at times, but got hit with the injury bug,” Phelps said. “We lost four key players to injury including Travis Etienne’s brother Trevor and Darrian Achane. Those were two players that we were going to count on heavily last season.”

The good news is that there can be great things in the horizon for the Bulldogs in the 2019 upcoming season.

“I am very pleased with the effort from these kids over the off-season,” Phelps said. “We will see where we are once the fall comes.”