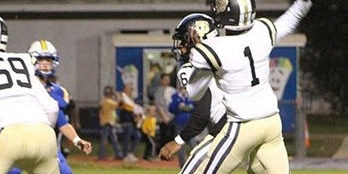 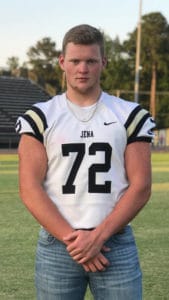 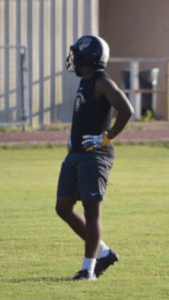 The Jena Giants have had a lot of success over the last decade under head coach Jay Roark, but like most other coaches, Roark and the rest of the Jena coaching prepared their team for an unusual season.

“It was obviously a very crazy and distracting season,” Coach Roark said. “You never knew week to week if something was going to happen and if we had to reschedule our opponents in order to be able to play. The kids went about it as business as usual, and it was more on the coaching staff to worry about those distractions.”

Despite the distractions, the team still had a great season and actually achieved some accomplishments that the program was aspiring for.

“We finally got over the hump and have been in the second round a few times, but could not get out of it,” Coach Roark said. “This year, we finally did and did well in the Quarterfinals. In fact, we had a chance to win in overtime, but it was a great year for us.”

Although there have been more talented teams in the past, Coach Roark believes that there was not a team that he enjoyed more than this year’s group.

“I was very proud of them,” Coach Roark said. “It was one of those deals in which we had more talented teams, but this was an united team. We had great leadership, and it was very exciting to see those guys overachieve by my standards. It was a trying year and a crazy year, but at the same time, a fun year to see them do as well as they did.” 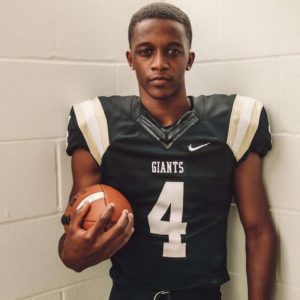 A big part of the Giants’ breakthrough season was the senior class that led the way.

“We had some really good football players,” Coach Roark said. “Jordan Jackson was a great leader for us. He was our quarterback and was really a warrior. He threw the ball really well and ran the ball really well. He started three and a half years, but this season, he took advantage of his strengths and ran like a fullback while making some big plays in the passing game. Then, Logan Brown, Tank Todd, and Dylan Fowler were all seniors that did really well for us. They controlled the line of scrimmage, which is what we are all about. On the defensive side of the football, we also had some really good defensive linemen like Cade Koch and Thomenthian Williams as well as good guys in the secondary like Jaidikus Johnson and Tajh Jones were outstanding for us. The senior class really led the way for us.” 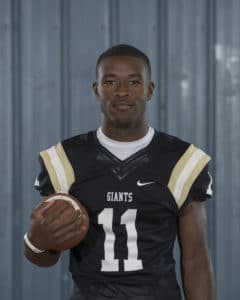 Jaray Jenkins has  . (Property of LAFM)

“It was really a proud moment honestly,” Coach Roark said. “The biggest thing that I am proud of is that it was his work ethic that helped make it happen. I am also proud of the offseason things happening including him making the SEC Honor Roll and is also on the leadership council for the football team. The character that he has really makes you proud. Obviously, seeing him get on the field this year is a nice surprise, and I cannot be more proud of him.”

These proud moments for Coach Roark makes him even more excited for what the program’s future holds.

After Jena took a big leap in 2020, it is safe to say that the program’s future is giant.