Istrouma’s Blue Chip Running Back Gearing Up For Next Fall 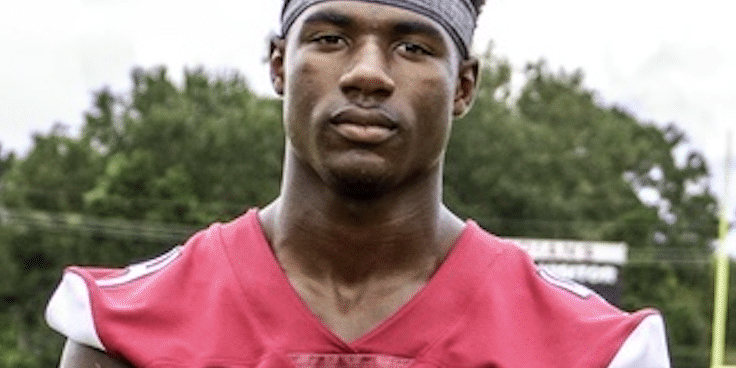 Istrouma’s Blue Chip Running Back Gearing Up For Next Fall

*This interview was done before Le’Veon Moss’ decision to commit to Alabama.

From the age of six, Le’Veon Moss has had a passion for the game of football. Born and raised in Baton Rouge, Louisiana, Moss’s one focus through his childhood was football. Fast forward to the summer before his senior year, Moss is one of the top six running backs int the country and top five recruits coming out of Louisiana for the Class of 2022.

“It’s exciting and a dream come true for me,” said Moss.

Standing at 5’11” 182 pounds, Moss isn’t the largest player on the field, but makes up for it with his speed and change of direction. At The Opening in 2019, Moss was clocked running a 4.65 forty-yard dash, 4.83 shuttle dash, and a 32.80 inch vertical. Last fall, Moss ran for 12 touchdowns and over 900 yards on the ground in a shortened season. For this year, Moss wants to be more of a threat out of the backfield as a receiver.

“I want to run more routes out of the backfield next year and work on catching the ball more,” said Moss.

Istrouma is having to replace five seniors on the offensive line. Moss knows this is important for the team to be competitive next year and is looking to help prepare the upcoming Indians.

“I have to build the bond with the younger kids so they can help me succeed,” said Moss. “I have been motivating them in the weight room, the classroom, and doing extra workouts with them after school.”

“I’m looking forward to getting to look around the schools and see what the coaches are like,” said Moss.

Moss is keeping his options open at the moment. He has not made a verbal commitment to any one university but is preparing for a decision.

“I don’t know when exactly a decision is coming, but it is coming soon,” stated Moss. “Be on the lookout.”

Not just a force on the football field, Moss is also a member of his track and field team at Istrouma high school. As a freshman, he ran 10.92 in the 100-meter dash. This past track season, Istrouma’s 4 x 100 relay team placed second in state with Moss as the front leg. A two sport athlete in high school, Moss is looking to expand his game for his senior year.

“I’m going to try to play baseball and basketball for my last year of high school.”

Moss is playing 7 on 7 with Istrouma high school this summer. They’ll be playing teams surrounding the Baton Rouge area while also having summer workouts. Other than the official visits, Moss has been invited to The Opening again and is undecided on whether he will be attending.

Next year, Le’veon Moss will be playing on Saturdays instead of Fridays. Until then, Moss can be seen on Friday nights at Istrouma High School. He wants the younger generation of athletes to know that anything is possible if they push through adversity.

“Never give up and chase your dreams,” said Moss. “Even when times get hard, don’t let the opponents get see down as you play your game. Don’t let anyone put you out of character.” 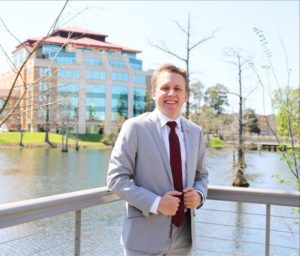