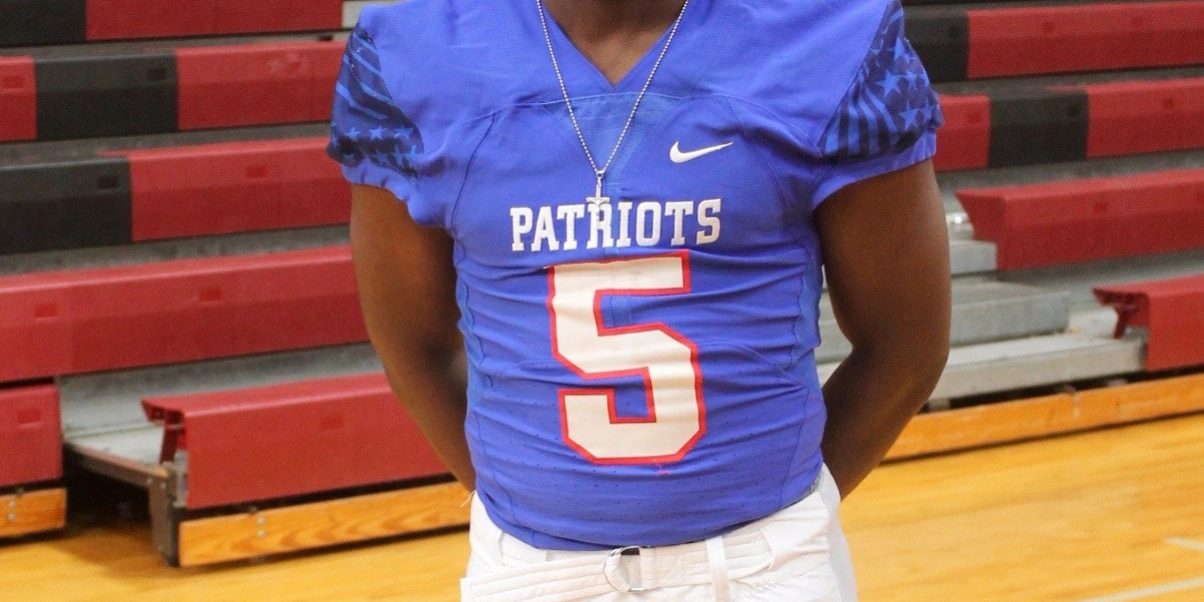 John Curtis Christian Academy occupies one of the richest high school football programs in the country. Led by one of the greatest high school football coaches of all time in J.T. Curtis of 48 seasons, the Patriots have solidified a permanent spot among the most respected programs in the nation. John Curtis has made a living of producing some of the most promising and elite football players in Louisiana as well as the entire country. Some of these players include Duke Riley (LSU/Atlanta Falcons), Malachi Dupree (LSU/Buffalo Bills), Reggie Dupard (SMU/New England Patriots/Washington Redskins), Jonathan Wells (Ohio State/Houston Texans) and a plethora of other former NFL players. As of right now, there is a player in particular who wishes to be among the greatest to ever suit up in John Curtis history and his name is Marquese Albert. Albert is a 5-8, 185-pound senior who played running back for the Patriots. For his stellar productivity while wearing the blue and red, Albert had various recruiters throughout the country salivating at him potentially attending their universities. However, Albert made his decision to attend Idaho University next fall. With being such a confident young player, Albert believes he could help the Vandals in any way possible immediately with his play making ability and explosiveness.

“I could help Idaho with my playing style of changing the game at any given moment,” Albert said. “I can bring that excitement to the game.”

Albert made his mark at John Curtis as being a reliable player who can make a big play for his team when they needed it the most. At the pressure-filled moments, Albert was a guy who his teammates looked to in order to be a difference in the game. With this reality came the responsibility to lead guys who looked up to him in the right direction and become the best players they could be.

“It meant a lot to me because I strive to be the best and I want everyone around me to be the best,” Albert said, “I wasn’t a vocal leader, but I was more of a “just do it” type of leader. I’m not with all of the talking. I’m more about showing you what I’m going to do.”

Being a leader of his peers was not something he had to do as a underclassmen, but it was a role he assumed as he became one of the key players of his team.

Coming from a “championship or bust” program, Albert says his winning mentality will be a plus for him when playing on the next level.

“I think coming from a winning tradition like John Curtis will definitely help me because when you are used to winning, you plan on doing whatever to win again,” Albert said. “If you lose, you just use that as fuel to win even more!”

Some would consider playing for Coach Curtis an experience unlike any other or even described as surreal. A legendary coach such as J.T. Curtis provided Albert a variety of lessons to take with him as he continues his journey to as a football player.

“Coach J.T. believed in me when nobody else did,” Albert said. “Playing for him allowed me to have many lifetime memories with the people at John Curtis. The biggest lesson I learned from Coach J.T. was to always trust in God no matter what the situation I am put in.”

Albert began playing football when he was 6-years-old and he never looked back since. Once playing routinely, he gained experience at multiple positions and adapted new perspectives of those positions,

“Being so natural to the game, I’ve played every position on the field except offensive line,” Albert said.

Albert says he believes his natural ability and playing all of the positions he played in only made him a much better football player.

“It helped me a lot,” Albert said. “I don’t have to think about what move to put on a defender. My reaction time makes the game a lot easier. The advantage to stop on a dime and change directions bring my game to another level.”

Albert’s raw talent allowed him to be a standout player in other sports at John Curtis alongside of football such as basketball, baseball, soccer, and track & field. Albert expressed his joy he had at playing other things as well, but understood what sport would be best for him and his future.

“I had a good time playing other sports,” Albert said. “I stopped playing baseball and basketball because I felt like my heart and skill set wasn’t there anymore. My grandpa and uncle made me commit to playing football because they saw something in my game.”

Albert’s uncle, Jeremy Hester, played and graduated from Southern Miss. Albert says watching his uncle achieve his goals made him want to strive for more than just football.

“I want to be an entrepreneur or a bank manager after football is over,” Albert said. “I have a fascination with saving and counting money.”

With playing in arguably the most competitive region in the state, Albert is constantly pushed to be at his best at all times. John Curtis typically plays some of the best teams Louisiana has to offer in the New Orleans area to go along with their out-of-state matchups. Albert tends to take many of his matchups against other schools very personally especially because some of his friends went to rival schools.

“My most memorable game was playing on ESPN against Brother Martin High School, Albert said. “I led my team to a victory with 166 yards and one touchdown.I also achieved Player of the Week honors. My favorite rival game was playing Archbishop Rummel High School. My best friends who I grew up with played for Rummel.”

Looking ahead to what is in store for Albert on the next level, he says his biggest adjustment will be the drastic change in weather conditions compared to what he is accustomed to in South Louisiana.

“My biggest adjustment will be getting used to the cold weather because Louisiana is a hot and humid state,” Albert said. “However, I’m excited to play in the snow. I want to get a feeling for that.”

Albert credits his uncle for all his hard work and reaching this point in his young football career. Albert also looks to his mother as the fire to his undeniable work ethic and determination to provide for his family.

“Without my uncle, I wouldn’t be playing football,” Albert said. “I admire everything about him. Also, watching her [mother] made me more determined. I won’t rest until she feels no more pain and is taken care of.”