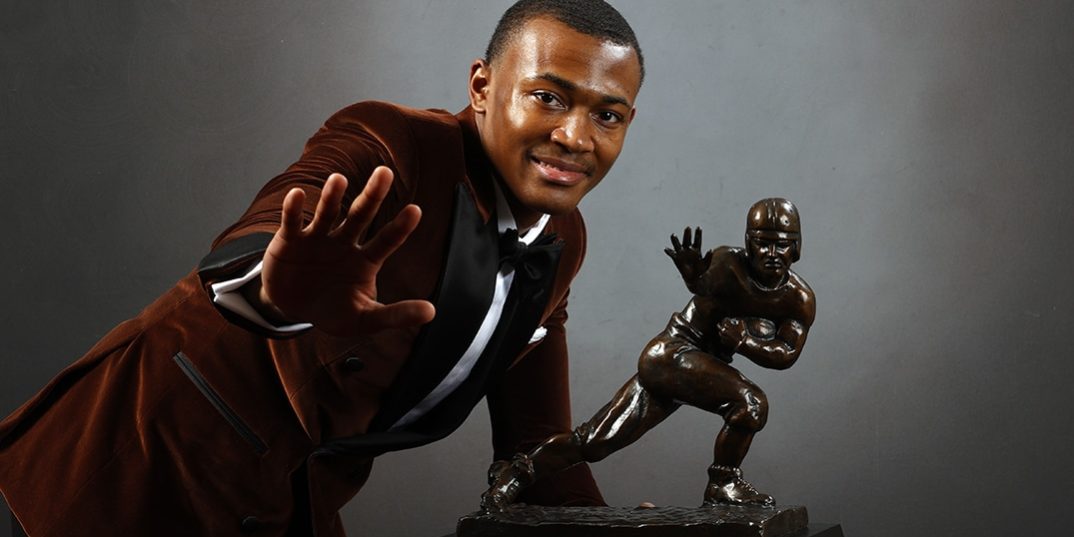 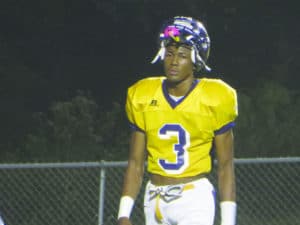 Amite High School has always exemplified their team mascot, which is the Warriors. Through the good and the bad, the football program continues fighting to the best of their abilities. This past season, there were a lot of hardships to overcome for Head Coach Zephaniah Powell and the rest of his team because of COVID-19.

“Last year, it was different for everybody that has been affiliated with football NFL all the way down to the pee wee league,” Coach Powell said. “I give credit to Eddie Bonine and the LHSAA as well as the parents and other coaches that helped get this started. For us to get to get to the playoffs and play the games we did, it was major kudos to our leadership. Personally, for us starting off, it was a daily thing. We were just unsure if we were going to have a season or not. When COVID hit, we had some guys on our team that lost family members as well as some coaches on our staff that lost some family members. I lost a brother and some other relatives too, but praise God, we were able to get through some of those hardships, and because of that, we are still here.”

Coach Powell and the Amite football team was able to get through the hard times by not taking the game of football for granted during the season. Overall, the Warriors finished with a 9-3 record advancing to the Class 2A Quarterfinals losing to the eventual Class 2A State Champion Many Tigers.

“We started off and our second game of the year was De La Salle,” Coach Powell said. “They just played in a state championship game against St. Thomas More. We were expecting that type of team, and that is why I scheduled that game so our kids can understand a championship game environment right out of the gate. During the year, we had to be shut down because of the COVID situation. We missed two games of district, but we still managed to get into the playoffs. Once we were able to get in the playoffs, we lost to the eventual state champion Many Tigers. Making it to the third round of the playoffs is not where we want to end, but we were fortunate to get that far.”

A reason the Warriors did get as far as they did is because of really good veteran leadership. 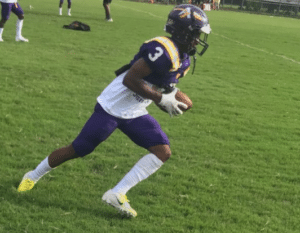 “We had a really good senior group,” Coach Powell said. “Some of them are going to go to the next level and play. Our slot wide receiver Dorian Batiste signed with Texas Wesleyan. Defensive back Joseph Taylor signed with Belhaven. Linebacker Adrian Davis was a two year starter for us and signed with Mississippi College. Hopefully, our quarterback John Walker signs with somebody really soon. He is getting some interest from community colleges.”

This program is used to sending player to the college level. In fact, there are too many to count.

“We are blessed,” Coach Powell said. “Joshua Perry started at Memphis, and he is at Southern Miss right now. He will be able to have an extra year to play. Quarterback Elijah Walker is at Grambling, and he has been playing some. Tyrus Wheat plays linebacker at Mississippi State. Devonta Lee is over at LSU, and he has moved to tight end because that’s where they need him the most. I talk to Coach Ed Orgeron every other week, and they are super excited about him. Hopefully, he can help LSU go win another national championship. Then, at McNeese and Southeastern, we had three kids that played each other last weekend. Hezekiah Neason plays left tackle for McNeese while linebacker Kevin Bickham and defensive tackle Rodney Sopsher play for Southeastern. Then, Rodney’s younger brother Ishmael started off at Alabama and now, he has transferred to USC. Dominic Lange is playing at Trinity Valley in Texas. Rueben Richardson is another lineman for us, and he is playing at Lakeland College in Wisconsin. Defensive back Daran Branch is battling for playing time right now at Georgia. He was number two on the depth chart as a true freshman. For Hutchinson Community College in Kansas, we have Cameron Henderson and Corey McKnight. Also, we have Kyle Maxwell, who was actually starting by the end of last season for Louisiana Tech. Finally, there is Amani Gilmore, who is playing quarterback at North Texas.”

There are plenty of big names pretty much all around the country playing in colleges representing Amite, but the biggest name of them all happened to be wearing crimson and white. That player is Alabama Heisman Trophy winning wide receiver DeVonta Smith, who is the second Louisiana born native to ever win college football’s most prestigious award. For Coach Powell, it is not only Smith’s talent, but work ethic that has made him one of the most dominant college football wide receivers of all time.

“Everything that DeVonta received this season has been earned from the Heisman Trophy to the Biletnikoff to you name it,” Coach Powell said. “When he was playing for us in high school, everybody saw the oohs and ahhs plays, but it was his work ethic in and outside the classroom. He didn’t just step on the field on Saturday and performed. He worked from Sunday to Friday, and that was his same mindset when he was in high school. He is a perfect example of what I tell my kids. In order to shine on Friday nights, you have to put the work in on Mondays. DeVonta took that message to heart and now, he truly embodies that message.”

Like always, Coach Powell will have a lot of talent to work with in Amite including the next big group of college prospects playing for the Warriors in 2021.

“Well, coming up right now, we have three seniors at running back that can play at the next level in Earl Jackson, Brennan Harrell, and Zhamere Ard,” Coach Powell said. “All three split carries for us last season, but all three are dynamic. Probably, our best athlete is Korrill Mearridy. Korrill has been starting for us since his freshman year and has been All-State for us the last two seasons. He is super dynamic in the return game. Any school that comes in and scoops him up will get themselves an absolute football player. He’s tough, resilient, runs good routes, and once he gets the football in his hands, something good is going to happen. Our national kid that everybody is looking at is Javae Gilmore, and Javae is about 6-5, 205 pounds. They are looking at him as an outside linebacker/safety. LSU is all over him as I get a text from them pretty much about every single day. Liam Adamson has been a luxury for us, and that is having somebody that can kick. Liam has been rated as a four star kicker, and schools like Louisiana Tech, Southern Miss, and because of Liam’s grades, all the Ivy League schools are looking at him as well. Liam is going to be a steal for somebody. Our linebacking core of Joe Duhon and Ashton Wilson are two kids that will have the opportunity to play at the next level. Some of our offensive linemen like Stanley Williams, Trey’eon Brumfield, and Antwaine Nicholson will have an opportunity to play. Then, in our backend, Ja’Marion Dunomes will be our best prospect there at either cornerback or safety. I am super excited about this class as I feel like there are 10 to 11 kids that can play at the next level.”

The numbers say for themselves as state championships, sending high school players to play in colleges, and now Heisman Trophies are all symbols of what makes the Amite football program so special.