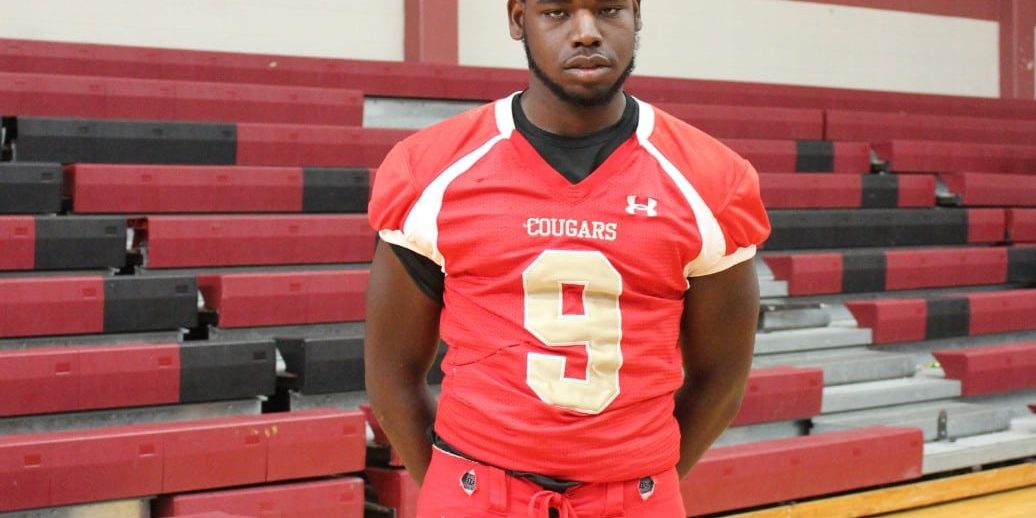 Located in Harvey, Louisiana, Helen Cox High School has always been known for the talent it possess, specifically within its basketball program. In terms of football, Helen Cox has made gradual progress last season as the Cougars racked up five wins on the year and gained a playoff berth. Helen Cox won three games and only won one the game the season prior. Most of their improvements are largely due to the emergence of elite talent at key positions. Perhaps the most impressive player on the roster was senior defensive end Don’Tae Barge. Barge was an interchangeable piece that could be effective with his hands in the dirt or in a two-point stance at linebacker at Helen Cox. For most of his life, Barge was used as a player on the line of scrimmage and molds his game around Alabama defensive linemen Isaiah Buggs.

“Buggs is very tough and competitive guy,” Barge said. “He didn’t have any offers his senior year of high school and played JUCO and took advantage of that opportunity. Now, he’s at Alabama.”

Barge takes a deep appreciation for the upward strides this program has taken this year. As a guy who has been a part of the lowest moments at Helen Cox and some of the brightest, he understands the changes he and his teammates have made.

“I feel like we were coming closer together and learning how to be a team,” Barge said. “Last season, I most definitely think we gave fans a preview of what to expect next year. The team was just finding their identity and now, they know what they are capable of.”

Barge comes from a rich football history within his family. His uncle played football at Southern Miss and his cousin, Craig Davis, played football at LSU and was drafted in the first round by the San Diego Chargers in the 2007 NFL Draft. Growing up, Barge did not play any other sports besides the game of football. It is common for athletes to grow up playing multiple sports and eventually focus on what he or she has a passion for the most, but Barge says he was into football since he was 5-years-old and focused on that.

“The thought of me getting a chance to make a better life for myself and my family made me commit to playing football,” Barge said.

Being on the Westbank of the Mississippi River, Helen Cox naturally played some of the best talent in the state such as Edna Karr and Landry-Walker as well as some of the best programs in New Orleans including Warren Easton and McDonogh #35. With facing against DI factories that are these programs, the Cougars provided themselves with the opportunity to learn from big moments and improve as a team. Many of those players grew up with guys on Helen Cox’s roster including Barge and that shaped these matchups to become personal and formed rivalries.

“My most memorable game had to be against Edna Karr,” Barge said. “I grew up with some athletes over there so it was kind of personal. I had to give it my all because I knew they would go really hard.”

High school was an experience that is incomparable to any other level of football and Barge understands that. Barge reflects on the things he will miss most about his time playing high school football constantly. However, there is one aspect he will miss more than others.

“I will really miss the pep rallies we had before some of our games,” Barge said.

Barge is continuing his football career at Grambling State University and will join a program that only loss three games last season.

“The biggest adjustments for me once I get to the college level will have to be my eating habits,” Barge said. “If I don’t eat right, it will be as if I’m working out for no reason.”

Barge believes he could make an immediate impact on the team and play a pivotal part in their success. He looks forward to playing some programs in particular and displays immense excitement for a new scenery.

In terms of his academics, he plans to stay committed to his books and maintain a solid GPA. By doing this, he will put himself in position to accomplish his goals after football.

“Once football is over, I plan to start my own business selling clothing items,” Barge said.