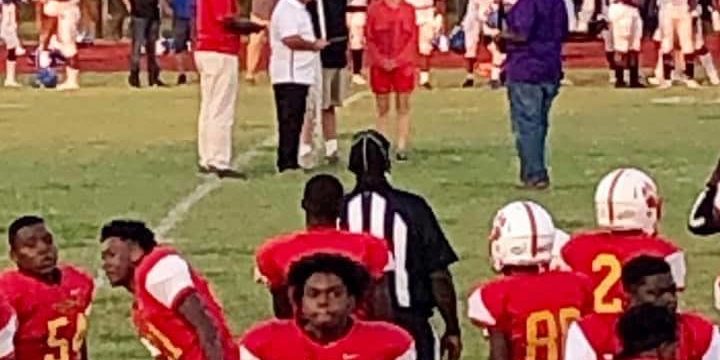 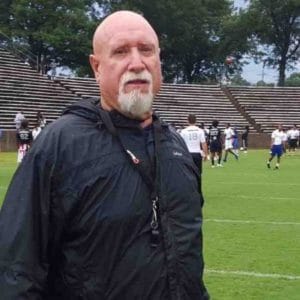 The East Iberville Tigers’ incredible season is dedicated to their defensive coordinator Gary Burnett, who passed away this past summer. (Photo provided by Ron LeJeune)

As the East Iberville Tigers are currently on their bye week, it is a time for reflection for Head Coach Ron LeJeune for not only what the team has done in the team’s first four games, but what the team has accomplished since he has been there at the very beginning. LeJeune has been known for turning struggling programs around whether it has been head coaching stints at St. John, Belaire, and Tara, LeJeune has always found a way to get the best from his players. After serving a couple of years as an assistant at Plaquemine High School, LeJeune considered applying for the head coaching job position at East Iberville High School. At that point, it seemed as more of a joke than an actual consideration for the job as the Tigers had a combined record of 1-31 over a three year period from 2014-2016. Still, LeJeune, who did spent his first years as a varsity head coach at East Iberville back in the late 1990’s, wanted to give his former team hope once again. After it all, this was a school near and dear close to his heart as it gave him his first shot to be a head football coach. LeJeune was willing to take the job and take on the daunting task of building a struggling football team from the bottom up.

“I thought it would take longer,” LeJeune said. “It definitely was a question mark when I first got there. Nobody really knew how to play football at all and even the six returning players from the year before I got there did not really know how to play either. We were starting from scratch.”

Coach LeJeune knew that it was going to be easier said than done to try and even make the Tigers competitive in games. He knew the first person that he had to call and help him take on this daunting task. That coach would be none other than family friend Gary Burnett.

“I knew Coach Burnett since 2002 when I was the head coach at Belaire and he was the head coach at Glen Oaks,” LeJeune said. “Even though we were opposing coaches then, we became and remained great friends. Before I even got the East Iberville job, I knew that I had to talk to him first to try and help us out.”

Coach Burnett had a reputation as one of the best defensive coaches in the entire state. Over his coaching career dating back to the 1970’s, Burnett has accumulated five state championships as an assistant coach at Thibodaux High School and John Curtis High School. He also spent other assistant coaching stints with Tara, Redemptorist, Woodlawn, Denham Springs, Morgan City, St. Michael, and Christian Life along with head coaching stints at Thibodaux and Glen Oaks High School. LeJeune talked about what made Coach Burnett so special as a defensive playcaller.

“He was so good at making adjustments and he had so much experience,” LeJeune said. “Sometimes, he would know what you would be doing as an offensive coach before you even knew.”

Coach LeJeune, Coach Burnett, and the rest of the East Iberville Tigers helped build the Tigers as one of the state’s most improved football programs in just over a couple of seasons. After winning one game in three seasons, the Tigers have combined to post a 13-11 record (6-6 in 2017 and 7-5 in 2018), including a playoff win in each of those two seasons. In their third year together, the Tigers were ready to take the next step with the players’ favorite defensive coach at their side. 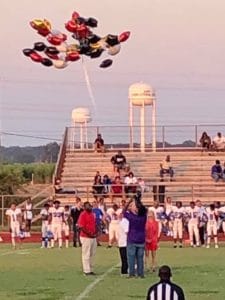 Unfortunately, after battling an illness this past summer, the soft spoken long time coach passed the away at the age of 73. The loss of a guy who helped build the Tigers program to what it is today affected not only those who loved him, but it affected the entire school community as well.

“We had 30 of our players go to his funeral,” LeJeune said. “Our theme this year has been for Coach Burnett. The kids are playing a lot for him, and it really means a lot more to the kids, especially when they make a play on defense. There is a board in our locker room with four to five pictures of Coach Burnett on it and we hit the board as we go out on the field. It says Gone, but not Forgotten.”

The players have played some inspiring football over their first four games of the season. Currently, the Tigers are off to their best start in program history with a 4-0 record having defeated Slaughter Charter, Northeast, Varnado, and Central Private by a combined score of 119-37.

“We have really played together on all three phases,” LeJeune said. “The offense is working well with the defense and the special teams is helping us out as well. Coach Clark Nocentelli and Eddie Pleasant have done a really good job of stepping in and calling Coach Burnett’s defense.”

Even though Coach Burnett is not physically here with the team, the Tigers know that he has been watching them this entire season in spirit. Whenever there is a positive play made on defense, the team knows who will be smiling down upon them. It has not always been an easy road for Coach LeJeune, Coach Burnett, and company, but it has been worth it in the end.

“Nobody did not know we would have this type of success,” LeJeune said. “The first two years have been a struggle, but towards the end of last season, you can see that the kids and families are starting to buy in to what we want to do.”

“Two roads diverged in a yellow wood” is a famous quote in the poem “The Road Not Taken” by Robert Frost. In the poem, the speaker is trying to decide which road he should take. Should he take the harder road or should he take the easier road? Well, some people may take the easier way out, but people like Coach Burnett, who came to help a friend at a time where it was not the most popular and easiest time, are just one of those guys that will take that hard, long and winding journey. Through the ups and downs, the state championships, and fighting through his health problems, Coach Burnett came out the same humble, soft spoken person each time out.

The East Iberville Tigers football team is playing their best football right now without a doubt and they are doing so for the man that helped them get there. As it was stated earlier, Coach Burnett may be gone, but he will never be forgotten.

One of East Iberville’s players Future Ford made a tribute video to Coach Burnett. To see the video, click the link below: