From Gunslinger Quarterback To Coach, Football Has Constantly Been Changing For Robbie Mahfouz 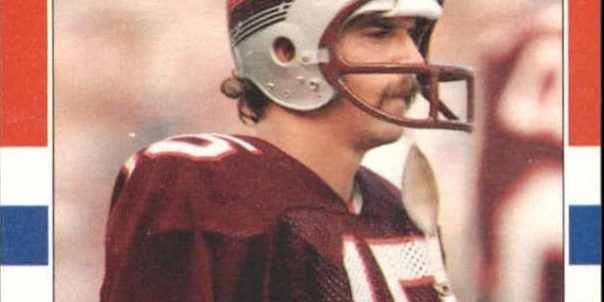 From Gunslinger Quarterback To Coach, Football Has Constantly Been Changing For Robbie Mahfouz

Central Private High School head football coach Robbie Mahfouz has been around the game of football for a long time ever since he was a highly regarded quarterback recruit coming out of high school playing for his father.

“I played at Lafayette High School where my dad was the head coach over there,”  Coach Mafhfouz said. “That was a really good experience, and we ended up coaching together later on back in the ’80s so that was a fun experience. Back in the 1970’s, Lafayette High School was one of the few teams then that was throwing the football a lot. We had four quarterbacks in a row that were All-State and signed college scholarships. We also had a lot of receivers that played in college. It was a fun experience, but we were the only ones throwing the football.”

Because of that, Mahfouz got to show off his arm talent quite a lot and gain a lot of attention from colleges.

“Back when I was young, we did not have T-Ball,” Coach Mahfouz said. “I was pitching at age five so I could always throw. When I got to fifth or sixth grade, it looked like quarterback would be the easiest position to play because I could throw the football. The recruiting process was a lot different now than it was back then. It wasn’t a big deal back then. You took your visits, made your decision, and then, you signed. I was a heavily recruited kid coming out of high school, and it was very overwhelming for me honestly as I was 17 when I graduated from high school. I could have used another year of high school maturity wise.”

In the end, the highly regarded Lafayette High School signal caller signed to play at LSU where along the way, he ran into a very crowded and talented quarterback room.

“There was a lot of talent at LSU, and I spent four seasons there,” Mahfouz said. “It wasn’t the place for me. We had five quarterbacks on that LSU team that went on to play pro football including David Woodley (Miami Dolphins/Pittsburgh Steelers/Green Bay Packers), Steve Ensminger (New Orleans Saints/Hamilton Tiger Cats/Philadelphia Eagles), Bob Lane (Tampa Bay Buccaneers/Birmingham Stallions/Atlanta Falcons), Alan Risher (Arizona Wranglers/Tampa Bay Buccaneers/Green Bay Packers), and myself.”

Fortunately, by his senior season, Mahfouz found a place to play and it happened to be Southeastern Louisiana University. It turned out to be a great decision for the former LSU quarterback as he was number six overall for passing yards per game with 155.2, number ten overall for average yards per completion, number four in average yards per pass number six in passing efficiency, number nine in pass completion percentage, and number six overall in total offense per game. He also led the Lions to one of the biggest comebacks in program history against Northeast Louisiana.

“Southeastern is where I grew up,” Coach Mahfouz said. “My dad coached there in the late 1960’s and early 1970’s. I went to elementary school there and I have known Coach Oscar Lofton since I was little. It really worked out well for me, and I enjoyed my last year at Southeastern.”

With the type of season he had, it allowed Mahfouz to have an opportunity to live out his dream playing professional football.

“I knew I needed to have a great season,” Coach Mahfouz said. “It had been four years since I have played a season of football. I always wanted a chance to play pro ball, and I knew I was going to have to play well just to get that chance. We had some really good athletes at Southeastern. We had a great season, and I had a blast.”

“I had a tryout with the New Orleans Saints coming out of college, and I actually made it all the way to training camp,” Coach Mahfouz said. “Then, Ken Stabler (Alabama/Oakland Raiders/Houston Oilers/New Orleans Saints) signed, and I knew that I was on the way out. After that, I had a tryout with the Michigan Panthers as well as a tryout with the Buffalo Bills before being cut, and it just so happened that Coach Lofton knew Lindy Infante when they were together at Tulane. Lindy also recruited me when I was at Lafayette High. I got the chance to go to Jacksonville where Lindy signed me. I ended up having a good camp and ended up playing two years for them.”

Overall, it was an enjoyable experience playing in a league that not a lot of people can say they played in.

“I really enjoyed playing in the USFL with the Jacksonville Bulls,” Coach Mahfouz said. “I got that first check and I giggled realizing that I am getting paid to play football. That was an awesome feeling. Plus, I played with some great players. I lined up in the backfield with two Heisman Trophy winners in Archie Griffin (Ohio State/Cincinnati Bengals/Jacksonville Bulls) and Mike Rozier (Nebraska/Pittsburgh Maulers/Jacksonville Bulls/Houston Oilers/Atlanta Falcons). My first completed pass was to Gary Clark (Jacksonville Bulls/Washington Redskins/Arizona Cardinals/Miami Dolphins), who went on to win two Super Bowls.”

Despite all of the many ups and downs in his career, nothing could prepare Mahfouz for 2020 as a head coach.

“It was a tough year,” Coach Mahfouz said. “It seemed as if they were going to get rid of all of the germs in the air, which is not something that is possible. Everybody is in the same boat and hopefully, next year will not be as chaotic.”

The 2021 season will bring another season for Robbie Mahfouz, and he would like to have it no other way.

“Football changes and you have to keep up with the times,” Coach Mahfouz said. “I am 61 now, but I feel like I can coach a couple of more years. It keeps you on your toes, and in my case, I am trying to find an offense that best fits the kids. I have run everything from the veer to the Wing T to the shotgun and it is always a challenge. However, it keeps you young and your mind going.”

If there is one thing that Mahfouz has learned over the last 45 years in the game of football, and that is to roll with the changes.