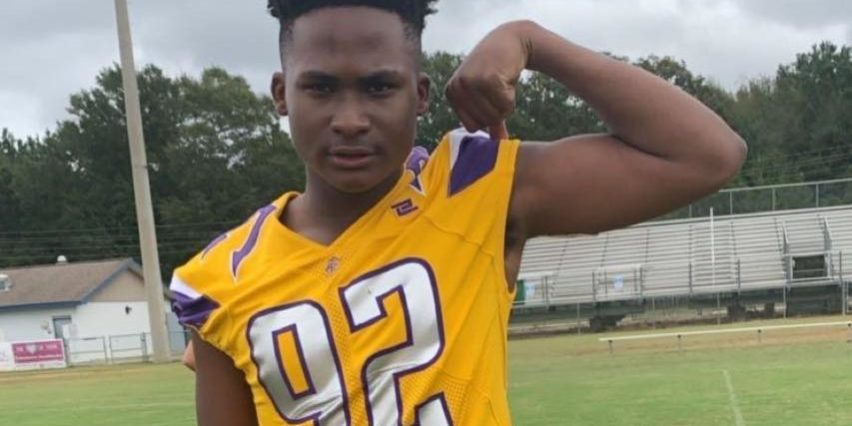 Billy Gross is an incoming senior at Franklinton High School for the 2021 season. He will be making the move from defensive line to linebacker this fall, and has set lofty goals for himself. His personal goal this season is to record at least four or five sacks every game, and wants to total 10 tackles a game as well.

In terms of the goals he has for his team this season, Billy wants to help right the ship and turn things around from the 0-8 season of 2020 and make the playoffs.  When asked about his strengths and weaknesses, Billy stated that he needed to work more on pad level for the 2021 season, and that he will continue working on his strengths, which are his speed and technique.

Billy currently doesn’t hold any scholarship offers, but he informed me he will be sending his transcripts to numerous universities including Belhaven University, University of Arkansas at Monticello, Delta State University, Hendrix College, and Southwest University.  Billy’s favorite NFL players are Aaron Donald and Bobby Wagner.  He says his mom is the most influential person in his life, and when he’s not playing football, he enjoys hanging out with friends and playing basketball.